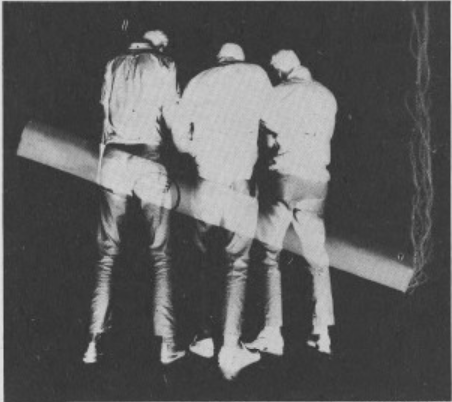 Many aspects of Paly have changed over the course of its existence, yet some facets are timeless.  Through good times and bad, The Campanile has been there for the past 100 years to document it all. In this edition’s Centennial Report, The Campanile turns back the clock to find the things that have remained unchanged at Paly even after decades of culture shifts and new trends.

An intergrade debate took place between the sophomore and junior class about whether Congress should prohibit all immigration for a period of five years, a topic still relevant now. Two weeks later, The Campanile featured another debate. In addition to intergrade debates, the debate team also took part in debates against other schools — just as it does today. In fact, two weeks ago, the current speech and debate team took part in the University of Pacific tournament. Juniors Ashley Hitchings and Ethan Nissim made it to the semifinals in Lincoln Douglas debate.

According to a feature in this 1940 issue, the Columbia Scholastic Press Association gave The Campanile the “honor rating of first class, excellent” ranking among one of the top publications in the nation. The Campanile received a total of 745 points, with 750 being the highest score possible. Paly’s yearbook, Madrono, also received national recognition. Since then, Paly’s publications have continued to lead the nation as models. Most recently, the Columbia Scholastic Press Association named The Campanile as a Crown finalist for 2016, one of only 62 hybrid (print and online) student newspapers in the country to be honored.

In an article, “Average student mutters at difficult homework,” the author created a hypothetical situation in which a tired, hungry student struggled with finishing his homework. Sound familiar? The story does not align perfectly to today’s student because in the 1940 story, the student is distraught by looking at his clock and seeing it read 11 p.m. For many of us today, that’s when we start our homework. But even then, students struggled to get eight hours of sleep. Today, students are struggling to get any sleep at all.

In 1960, administrators almost cancelled brunch because too many students smoked cigarettes on campus. However, after several meetings between students and administration, they determined brunch would stay, but a stricter smoking ban would be in place, one that included a two-week suspension for students caught smoking. According to this article, smoking rates among students decreased after this scare. Maybe it’s time Paly administrators consider closing all bathrooms to curb vaping rates.

Paly’s history is rich, and has evolved through the decades. Find more articles at http://palyjournalismarchive.pausd.org.