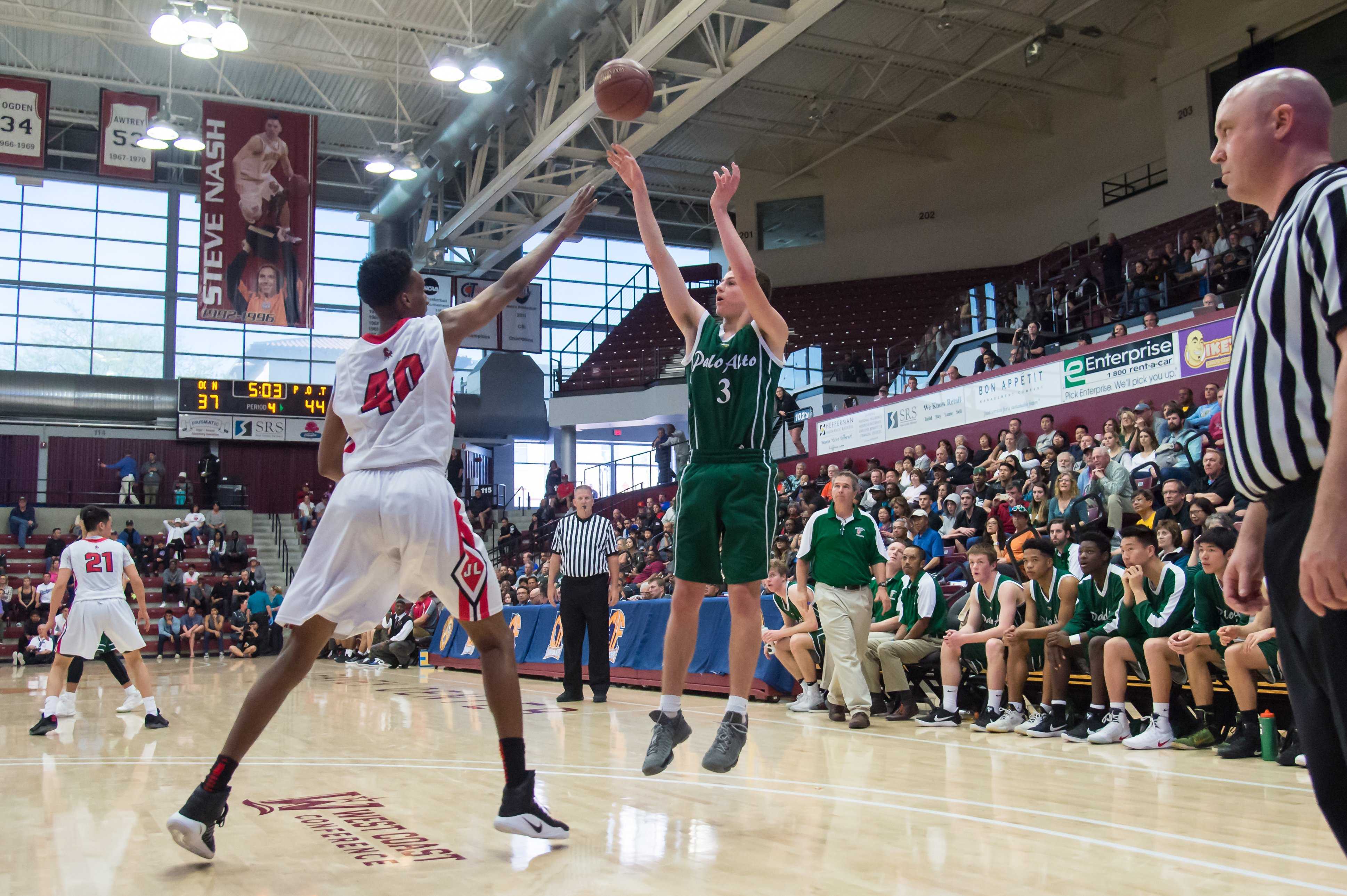 Following a record of 26-5-0 and a year of success, this year’s boys basketball team has a lot to live up to.

The varsity team lost graduated seniors Miles Tention, Jack Simison, Ethan Stern and Eelis Copeland, who drove the team in terms of impact on the court and leadership, according to senior center and forward William Schlemmer.

“The loss of our seniors has been tough; we lost a lot of speed and athleticism,” Schlemmer said.

In order to accommodate these changes, it was essential the team alter its strategy, according to Schlemmer.

“We had to change our play style from an up tempo and pressing type of team to a team that relies more on half court offense and defense. Anytime you lose your starting point guard (Miles Tention), who also happens to be MVP of the league, it’s tough.”

While this loss affected the team, they are fortunate four out of the five starters from the previous year are returning and will be key components of the team once again.

According to Schlemmer, the first scrimmage of the year, which took place on Nov. 15 against Bellarmine College Preparatory, served as a wake-up call, but did not crush their morale.

“They destroyed us,” Schlemmer said. “I think it was great that someone beat us as badly as they did this early in the season, because it showed us how we need to prepare in order to compete with the top Catholic schools, and it exposed a lot of our weaknesses.”

Despite the rough start, it is  still early in the season and the team has big aspirations for what is in store, knowing fully well that their squad is stacked with potential.

As varsity dove into preseason, the junior varsity (JV) team also faced Menlo School for their first preseason scrimmage, dominating the Knights with an astounding 77-25.

Considering this is a new team with students of various skill levels, sophomore guard Will DeAndre said the sky is the limit.

“The game against Menlo really showcased all of the ability and potential that our team has,” DeAndre said. “Any time a JV team can put up over 75 points, you know that you have something special. With a talented team like we have, I think a championship could be a very real possibility.”