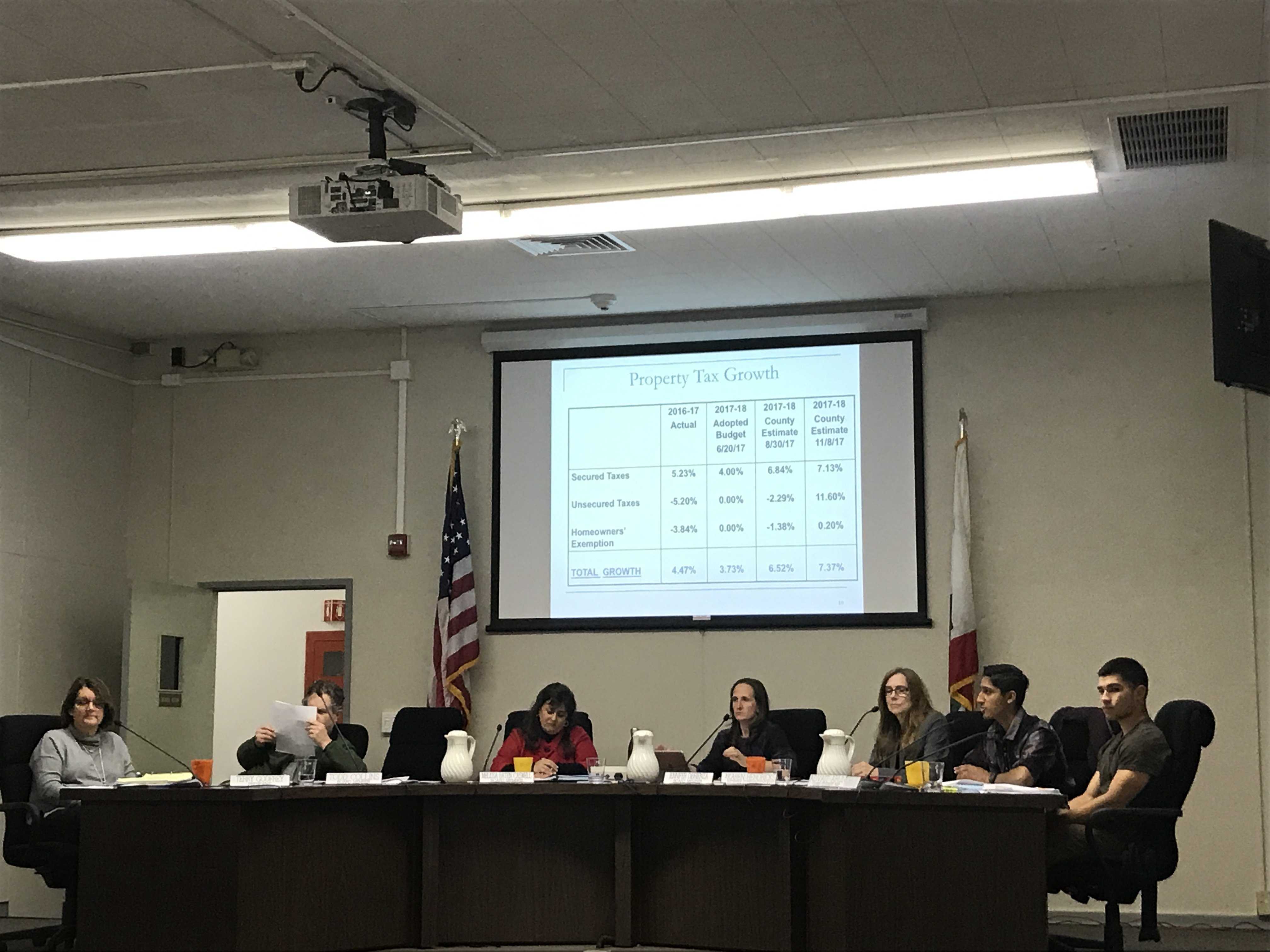 Colorful posters embellish the bare walls of the classroom and hundreds of new crayons sit neatly inside the drawer. These types of decorations, so typical of elementary school classrooms, reflect both the time and money contributed by teachers. It’s not unusual for teachers to dig into their own pockets for classroom supplies.

However, this picture-perfect classroom may soon be more difficult to create. Currently, teachers get a modest break on their federal income taxes if they spend money on supplies, but the tax bill recently passed by the House of Representatives would eliminate that deduction, just one of many proposals on Capitol Hill that could impact students in the Palo Alto Unified School District (PAUSD) for years to come.

Under current law, teachers can deduct $250 from their income before they calculate their tax bill. While the House’s legislation would eliminate that deduction, the Senate bill pushes to double the deduction from $250 to $500. This discrepancy is one of many being negotiated now between the House and the Senate.

“While California is expecting to lose more teachers to retirement and changes in career, our government chooses to take away the pennies from teachers and make it even harder ‘to create incentives to get bright young people to join our profession,’”  Eric Bloom, Paly history and social science teacher, wrote in an email. “Luckily, since most people who choose careers in education don’t do it for money or glory, I believe the changes in tax law won’t do much but grow the deficit.”

Proponents of the House tax bill argue eliminating various deductions, including the one for teachers, allows for greater tax cuts across America, especially for lower-income families. Opponents note the wealthiest Americans would benefit the most from the proposed changes.

Under both the House and Senate bills, Californians could expect to pay federal taxes on the entirety of their income rather than receiving a deduction for California state taxes. Similarly, there will be a limit to the deduction for property taxes, which is a primary source of funding for the school district. In addition, the final bill could limit deductions for interest paid on large home mortgages.

“Decreasing or eliminating the deductions for home mortgage interest and state and local taxes could impact our local housing market, which in turn would affect property taxes, our main source of revenue. It’s speculation at this point, but it adds to the uncertainty about future revenue, along with general uncertainty about economic cycles.”

While the exact impact of these tax deductions is not known, there are concerns that home ownership will be more expensive, which could lessen the demand for housing, slowing the growth of property taxes. Property tax revenues generally increase when homes are sold.

Beyond school districts, the House bill would be particularly hard on university undergraduate and graduate students, as interest paid on student loans would no longer be tax-deductible.

Additionally, under the House bill, graduate students, some of whom traditionally receive stipends or free tuition, may face tax implications. For instance, tuition waivers would be counted towards a student’s income and therefore would be subjected to income tax.

Another penalty would be paid by parents employed at universities such as Stanford University, who have received a portion of their own child’s tuition at any college paid by Stanford. Under the House bill, this tuition waiver will also be counted as income and taxed. Schools with large endowments would be targeted by another provision in both bills and would have to pay taxes on the income earned by its endowment.