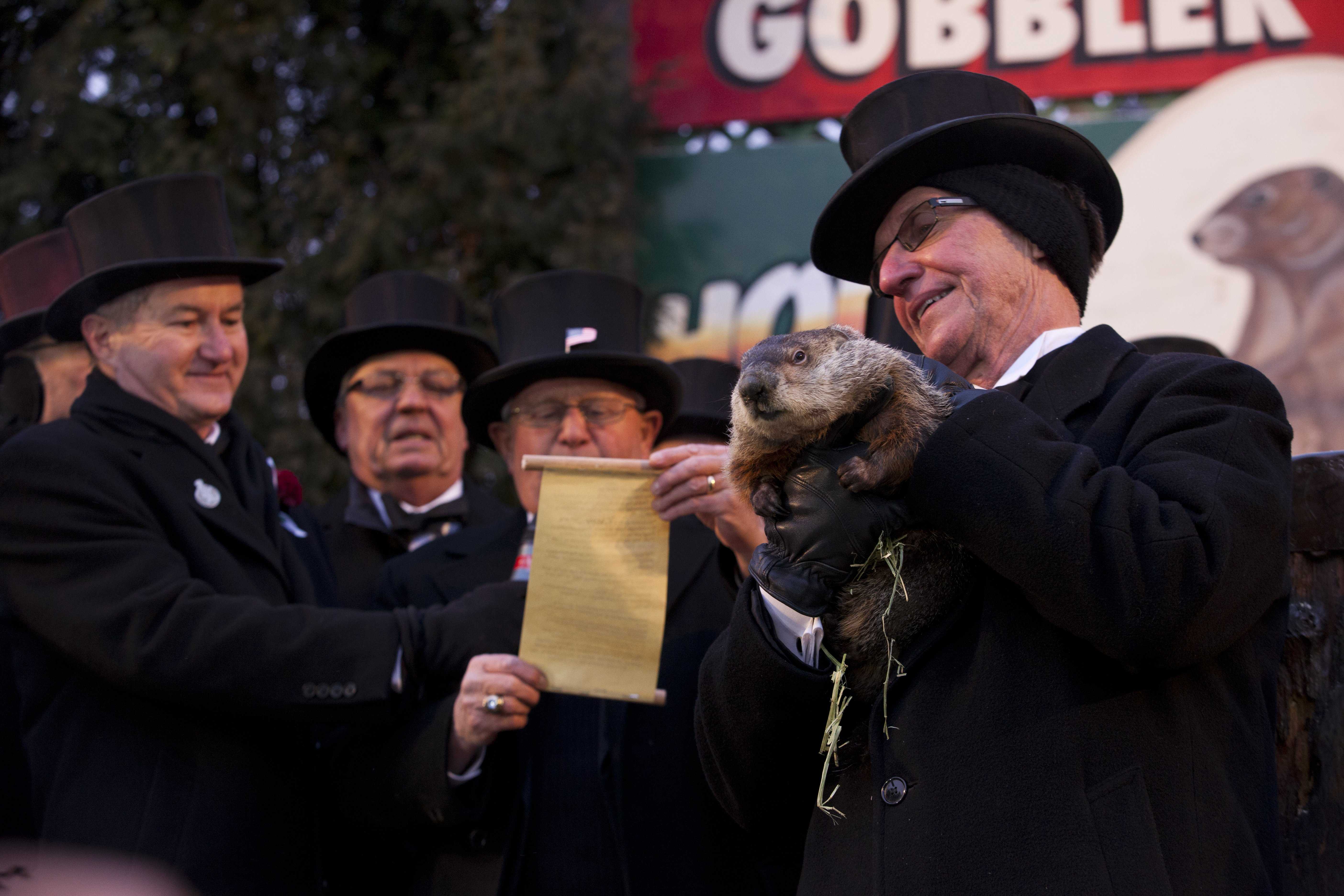 As the winter weather drags on and spring slowly approaches, the annual celebration of Groundhog Day today..

Starting in 1887, thousands of people gather annually in Punxsutawney, Penn. to celebrate the tradition of using a groundhog to predict the weather for the following weeks.

Technically, no matter what the groundhog says, there are still officially six more weeks left of winter on the calendar.

“If it’s sunny on that day, that would indicate good weather, so it’s kind of the opposite of what you’d expect,” Loomis said.

Loomis said she believes that the predictions are made from something that should not be the indicator of upcoming weather.

“It would have to be sunny on that day for him to have to see his shadow, and it being sunny wouldn’t necessarily be any indication of there being more winter.”

The origins of Groundhog Day date back to the Christian tradition of Candlemas, which takes place on Feb. 2 each year, since it is the halfway point between the Winter Solstice and Spring Equinox, the shortest and longest days of the year, respectively.

This holiday would later be altered to include a groundhog: if the groundhog saw his shadow, it would mean that the weather was fair and if he did not, it was because it wasn’t.

Technically, a groundhog is not vital for this weather prediction method, since the weather can be determined to be fair or stormy without needing to indicate whether or not the furry animal can see its shadow.

According to the Stormfax Almanac, an organization dedicated to providing detailed weather reports, news and information, since results were recorded starting in 1887, there have been 103 years where the groundhog did see its shadow and 18 years where it did not see it. Many years from 1887-1899 went without recording the result.

Pennsylvanian weather in February tends to range around 20-30 degrees Fahrenheit, meaning that the weather tends to be more fair than not, and that the groundhog tends to see his shadow.

The furry little animals have not had much success in predicting what the upcoming weather would be like. According to the Stormfax Almanac, the groundhog is only accurate 39 percent of the time.

Despite this low prediction accuracy, the ritual continues as one that connects to the tradition of Candlemas.

The town of Punxsutawney appears to not have much going on other than this celebration. Its main source of revenue is tourism from Groundhog Day.

The police force is made up of 12 full-time officers, and the school district has six elementary schools, one middle school and one high school.

A movie called “Groundhog Day” was released in 1993, which fictitiously tells the story of a weather reporter who relives Groundhog Day thousands of times.

Although the movie has almost nothing to do with Groundhog Day other than the fact that the weather reporter was supposed to cover the groundhog’s prediction on Groundhog Day, the movie gave more publicity to the annual celebration.