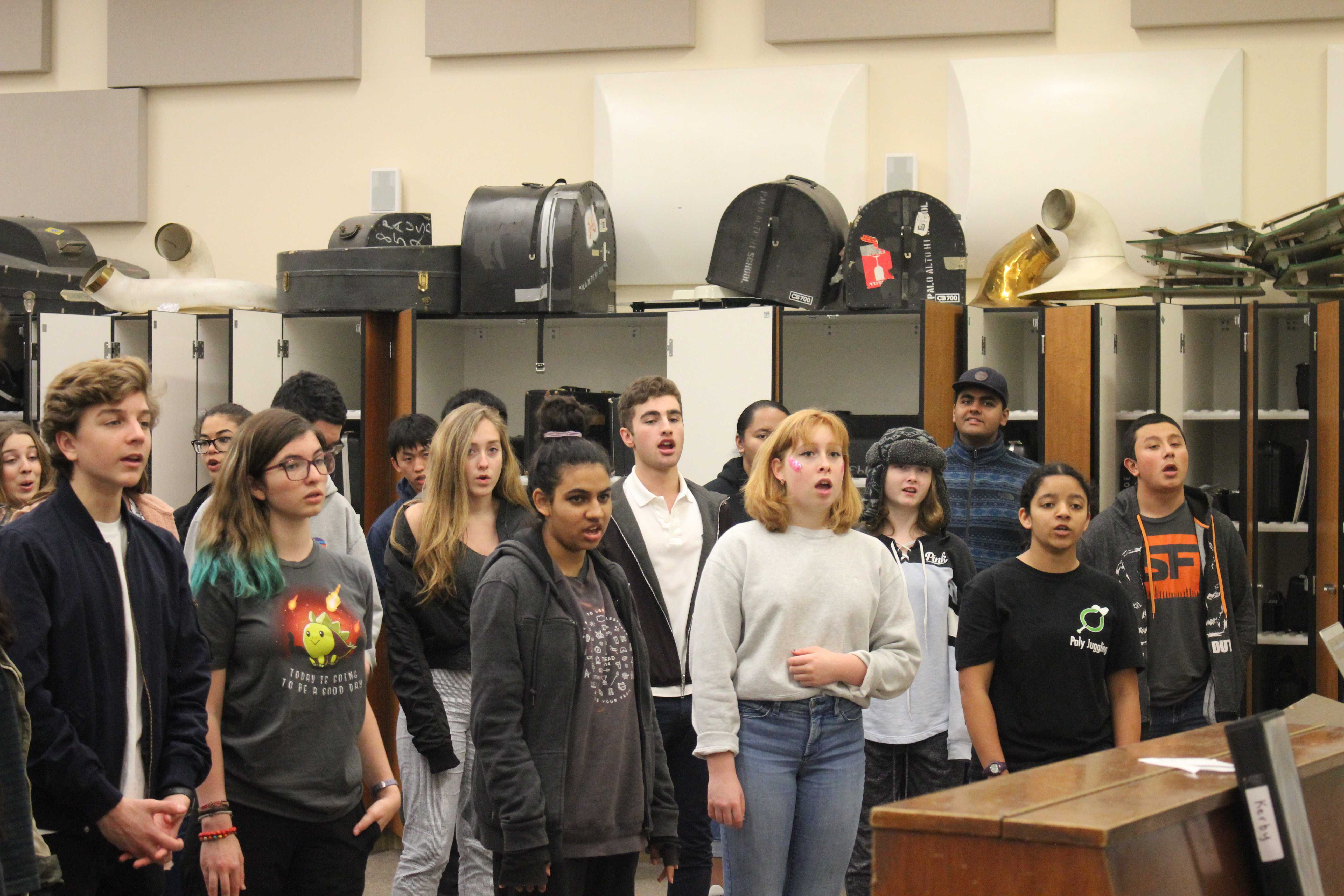 The Palo Alto High School Choir will be performing their annual Pops Concert on Feb. 13 and 14 in Paly’s Performing Arts Center. The Pops Concert, directed by choir teacher Michael Najar, features a collection of songs from a particular time period of music.

In preparation for the Pops Concert, the choir has been practicing for a month. For many newly joining upperclassmen members, this will be their first Pops Concert.

The Pops Concert tradition started in 2003 when it changed from a Valentine’s Day theme to a concert about showcasing popular music. Following the ‘90s theme from last year’s performance — and previous themes of The Beatles, The Stones, soul music and Bay Area music — the Paly Choir has chosen Motown as this years theme.

Motown music is not an exact time period, but a record label company founded on the principal of producing catchy tunes. Ben Gordy, born in Detroit in 1929, created the Motown record company in 1959. These songs would emphasize the artists’  vocals, which coincidentally is Paly Choir’s specialty.

“Motown can be thought of in two different ways: as a label, or as a pop music movement,” Najar said.

Motown’s success spans from the late 1950s to the early 2000s. Artists such as Stevie Wonder, Lionel Richie & the Commodores, Marvin Gaye, The Jackson 5 and, later, Michael Jackson have all released songs under the Motown label, some of which will be sung at the Pops Concert.

“All of the songs [at the Pops concert] will be part of Motown label,” said sophomore Tyler Furrier. “People should be expecting songs like ‘I Want You Back’ [by the Jackson 5] and “Ain’t No Mountain High Enough” [by Marvin Gaye] that are fun to sing along to.”

A new addition to the 13-year-old tradition is a guest band  of professional musicians.

“Our wonderful accompanist Todd Billingsley is also going to have a band with him that he is going to direct,” Najar said. “The band will most likely be made up of two horns, a drummer and a base player, who will be playing charts along with the choir.”

Billingsley has played with the choir in the past but never with a whole entourage.

Despite the new adult accompaniment, Najar hopes to keep the Pops Concert student-focused. All the profit made at the Pops Concert will be cycled back into the choir program to support choir students.

“Motown can be thought of in two different ways: as a label, or as a pop music movement.”

“My primary goal is for students to have fun,” Najar said. “Every year during the pops concert someone decided to stand out and sing, every year. Some of our students really want to come out at the Pops Concert and sing big, and we’ve discovered someone we’ve never really heard before.”