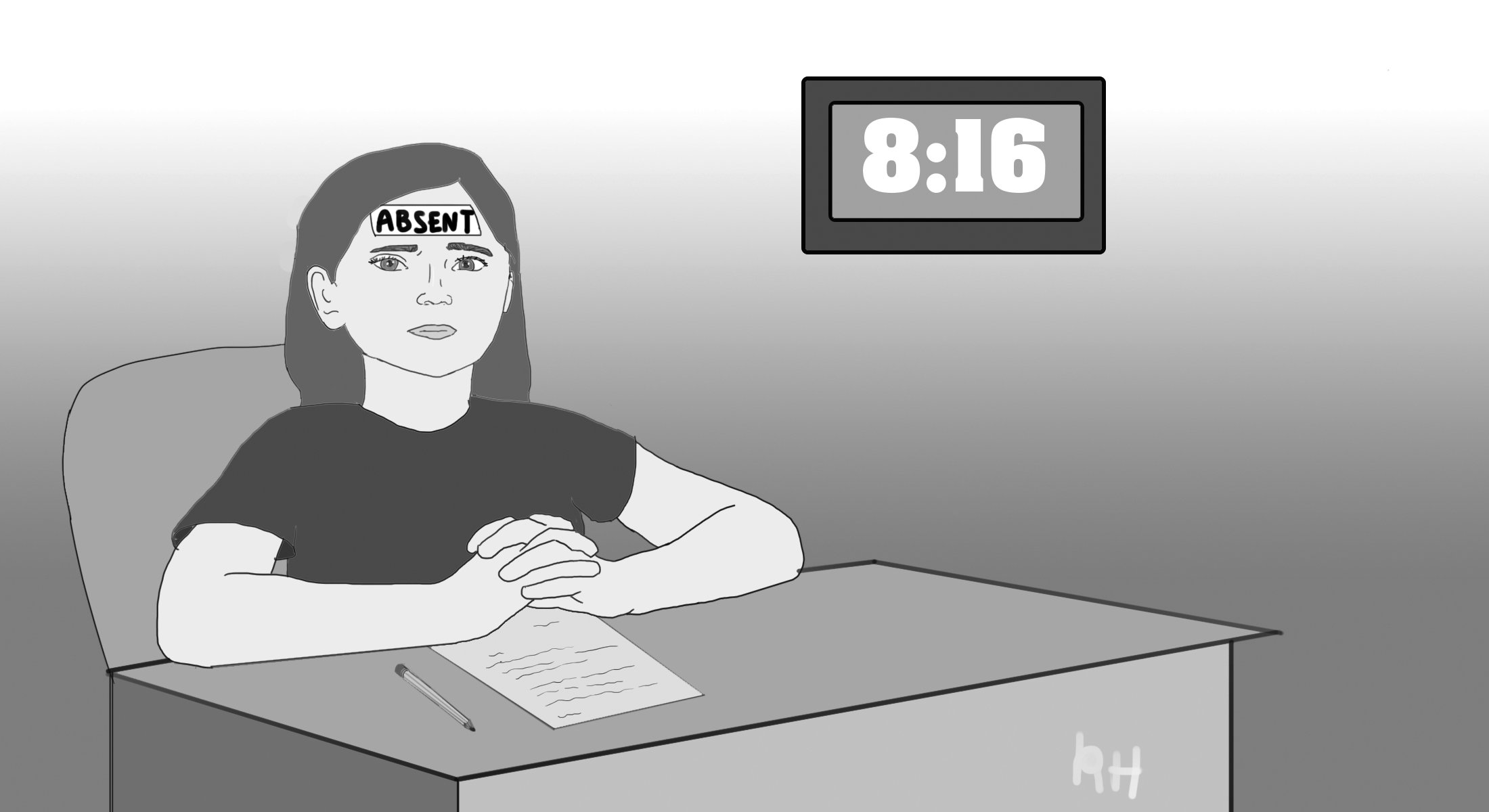 Teachers should be able to fix absences in Infinite Campus

As imperfect humans, we inherently make mistakes. However, those who make mistakes ought to take responsibility for their actions rather than holding others accountable.

At Paly, students who are incorrectly marked as absent by their teachers must undergo a tedious process to fix the mistake. First, they have to pick up a yellow attendance correction slip (or multiple) at the attendance office, ask their teacher to fill out and sign the form, then return to the office and hand in the slip.

While complaining about one trip to the attendance office may seem petty, having to take several trips to fix numerous mistakes is a nuisance for students and administration.

It’s bad enough being marked absent when you are actually in class for the whole period and the teacher mistakenly did not see you. But even worse, some teachers mark students absent when a few minutes late to class. They seem to do this because they believe it will discourage tardiness.

There are ways to resolve these issues: First, teachers should take responsibility for their mistakes and there should be an easier way to make attendance corrections and second, students who are late to class should be marked as tardy instead of absent.

Many students have expressed their frustration with the current attendance system.

“I have a very common last name, so often times my teachers accidentally give me cuts,” said a senior who requested to remain anonymous. “I got so fed up with having to continuously fill out the correction forms, so I just had my parents email the attendance office that I was sick instead.”

Students should not have to fill out correction forms when their teachers make attendance mistakes. Instead, there should be a convenient method for teachers to correct student attendance, such as an option on Infinite Campus that allows the teacher to fix the mistake from their computers. This not only creates less trouble for students, but also for the attendance staff, who must manually corrects the mistakes after students turn in the correction slips.

As for tardiness, according to the Student Handbook, a student is considered “tardy” if they are not present in the classroom at the beginning of the period. If a student arrives to class over 30 minutes late, they are officially marked as “cut.”

When students are less than 30 minutes late to class, some teachers will mark them as “cut” instead of “tardy” and force them to fill out the attendance correction forms, apparently attempting to dissuade students from showing up late to class. Or, since teachers are supposed to take attendance within the first 10 minutes of class, some might forget to change an absence to a tardy.

“Some of my teachers give their students a cut when they are late to class. Many of my friends who are in this situation feel annoyed with having to repeatedly get their attendance fixed and tell their parents to call them in sick.”

When students receive an absence, whether it be excused or unexcused, their parents will immediately receive several automated notifications of their absence, including via email, home phone and text.

Thus, marking a student as absent instead of tardy may cause parents to worry about their child skipping class, when in reality, the student could have been late by just a few minutes. Although it is disrespectful and disruptive for a student to show up late to class, a tardy should not constitute as a cut. If a student shows up late to class by 30 minutes or less, their teacher should mark them as tardy, not absent.

Furthermore, marking students as absent instead of tardy proves to be ineffective, as they may just ask their parents to call them in sick.

Ultimately, when the teacher is at fault for making an attendance error, the student should not be held accountable and have to fill out correction forms.

Additionally, it is unfair for students who are late to class to be marked as absent instead of tardy, so teachers should be required to properly take attendance.

At the end of the day, pressing a button to confirm a student’s tardiness requires less work than a trip to the attendance office.