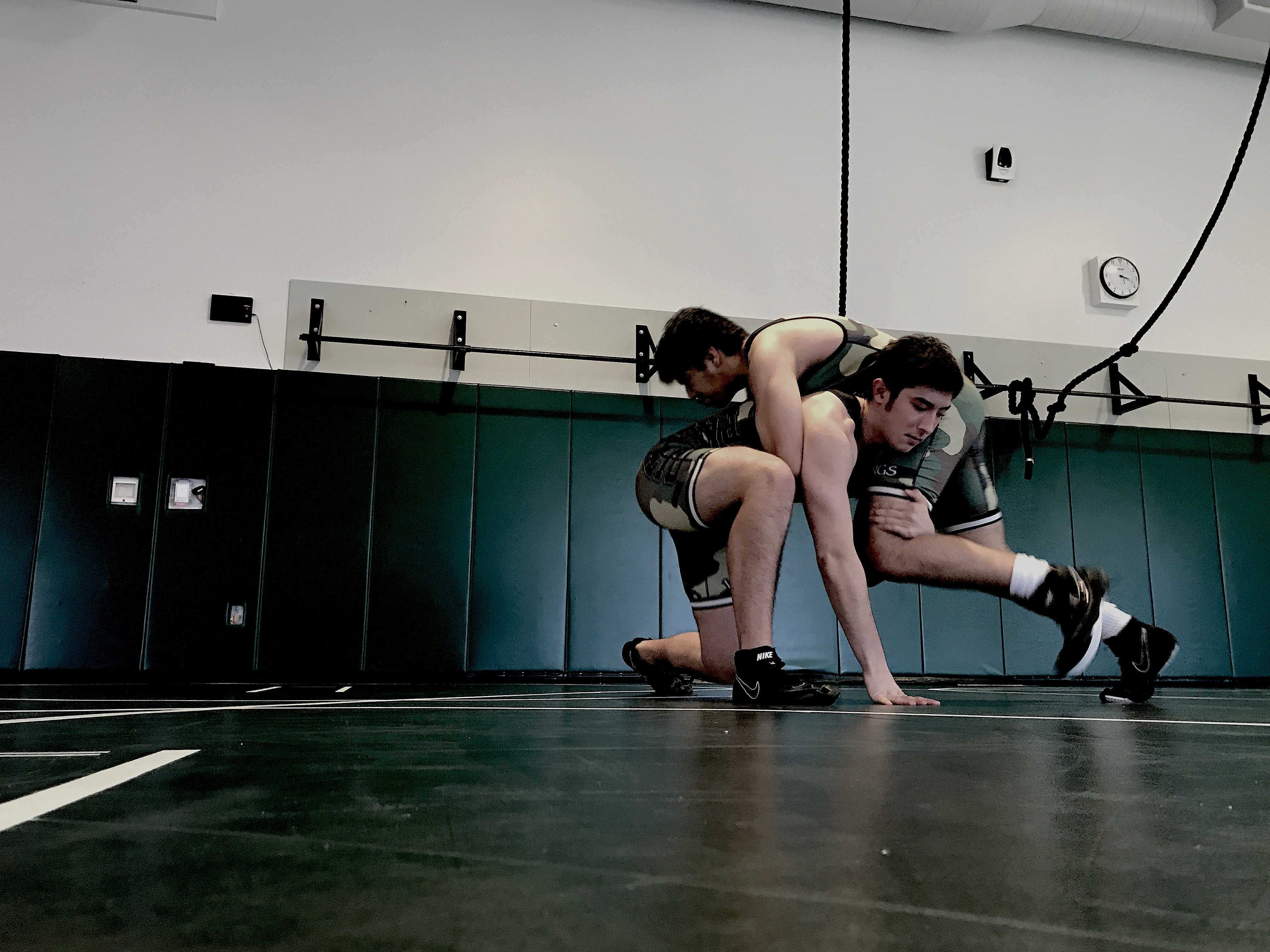 With a recent victory against crosstown rival Henry M. Gunn High School, the wrestling team has had a winning start to the 2017-18 campaign.

Junior captain Andrew Wang has played a role in the team’s success and looks to continue his fine form throughout the remaining events, as displayed through his performances on the mat.

This victory was the first time Paly’s wrestling team has beaten Gunn in a duel in the past three years.

The team also continues to improve with every practice and duel.

“The team is doing well and each individual is improving and learning. The best thing about wrestling is that while everyone does try to bring glory to the team, the whole concept mainly focuses on your progress and victories.”

Senior Bryan Tsang credits the team’s success to the good team chemistry and pushing each other to get the best out of one another every day.

“The team likes to have friendly competition during practice,” Tsang said. “Then we cheer each other on during meets. It’s a good environment.”

However, team chemistry is just one factor in the cog that is the Viking wrestling team.

Within every practice, the squad’s work ethic and effort is shown.

“We come to practice every day and work hard,” Tsang said. “We do our warm ups, then tumbling, then drills for about an hour. And for the last hour we do mock matches and conditioning, the hardest part of practice.”

As the season concludes, Paly hopes to continue to dominate in wrestling to go as far as possible.