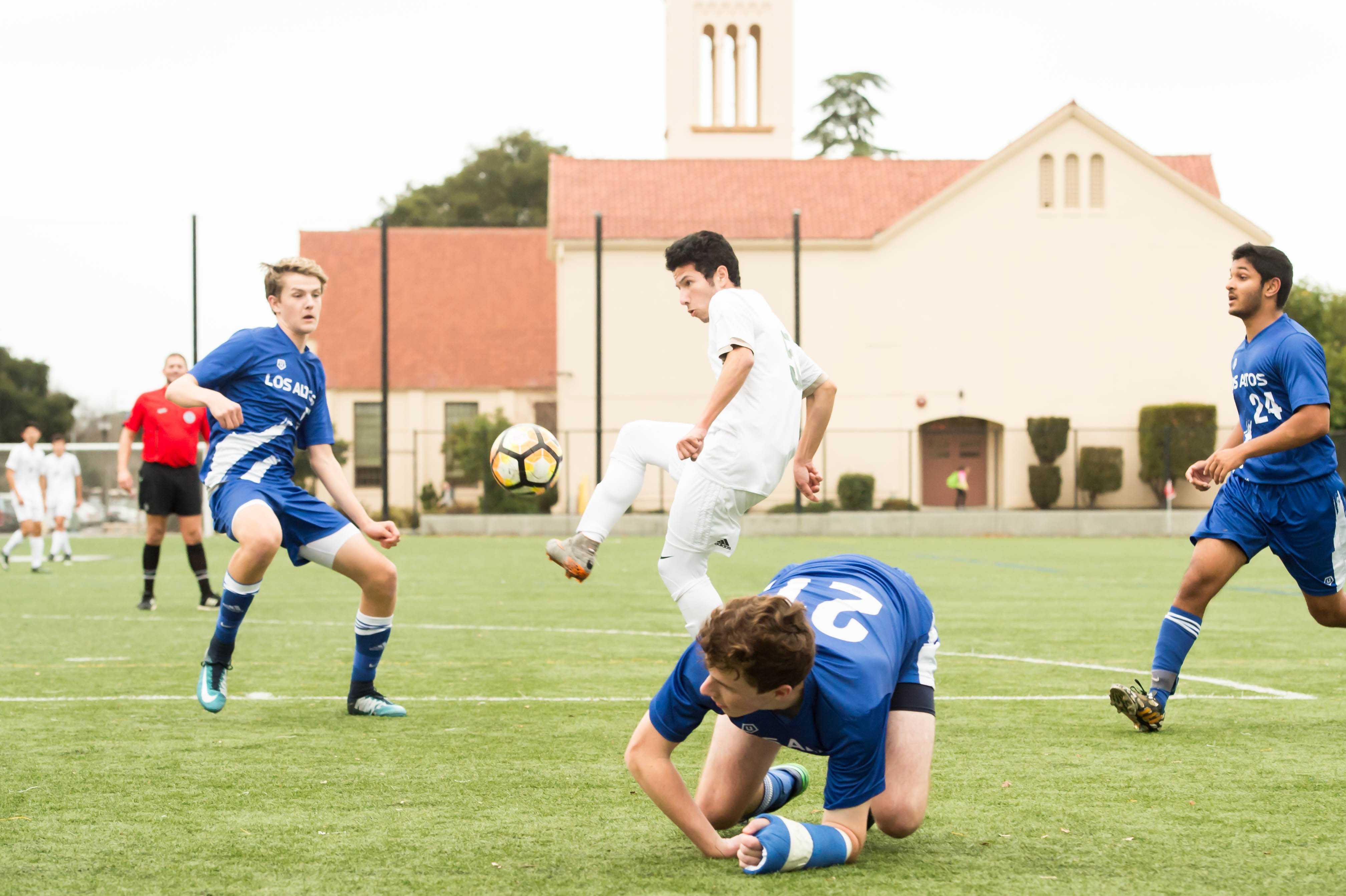 Photo by David Hickey/Used With Permission

Despite the loss of last year’s senior players, the boys soccer team has only lost one match in the league so far, and currently places third in the Santa Clara Valley Athletic League’s top division.

“We definitely depended on our seniors last year, but I think we’ve adapted really well,” said junior Kenzo Morabia. “Physically, we’re not really big, but we’ve compensated for that and played around that.”

However, varsity had its first loss in the league with 2-1 to Los Gatos High School on Jan. 19.

“[All our games are] important, but I’d have to say the one that as a team we wanted to win the most was [against] Los Gatos,”

Los Gatos is first in the league and is the team’s biggest rival, according to Morabia. Paly will have a shot at redemption when the two teams face off for league points and pride at home on Feb. 9. According to Morabia, he hopes to win the rematch against Los Altos for the satisfaction of beating them.

“[The last game against Los Gatos] was more of a mentality game,” Morabia said. “We got caught up in a lot of feuds with the players. We’ll definitely try to play our best [in the next game], but knowing that it’s Los Gatos, hopefully we’ll try even harder.”

“I think we have a stronger chemistry as a team as we practice more and more,” Morabia said. “I feel like every practice the players are hungry, and the dynamic is definitely changing in a positive way.”

The team will face off against Santa Clara at home on Feb. 2 and against Homestead on Feb. 7 before its match against Los Gatos.

Boys junior varsity currently has a conference record of 2-3-1 and will also face off against Homestead on Feb. 7.