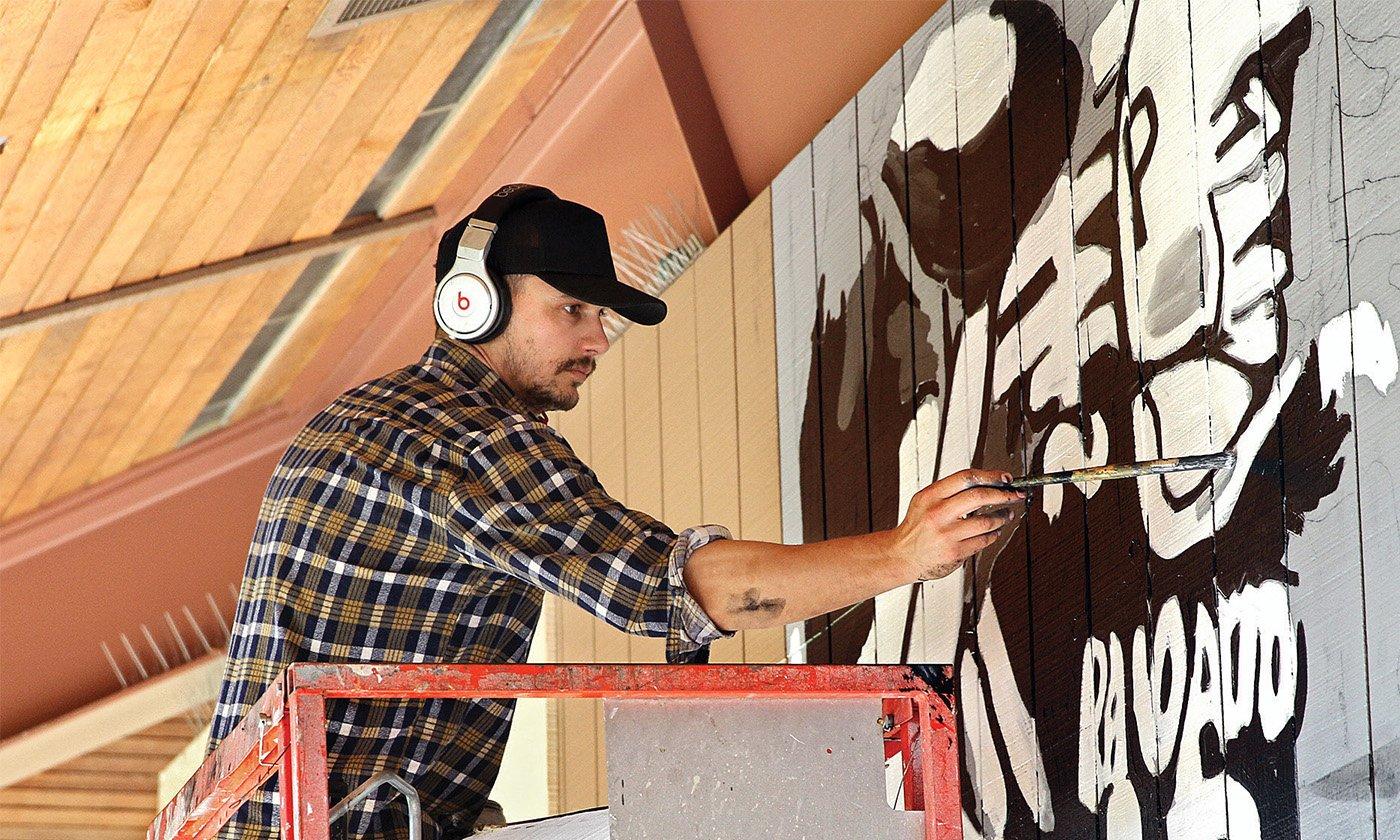 Over the weekend of Jan. 27, Paly Principal Kim Diorio ordered alumnus James Franco’s mural on the southwest wall of the Student Center to be painted over.

The decision was shrouded in controversy, as it comes on the heels of accusations from five women that Franco acted in sexually inappropriate or exploitative manners.

In response to the allegations, many adults in the Paly community have expressed concerns about having the works of Franco displayed in a public setting, such as a school, according to Principal Kim Diorio.

“I had quite a few parents and teachers — adults really — reach out to me about feeling like it should be removed. Given the current climate and the concerns in the community and Paly’s involvement with the [Office of Civil Rights], it might be a good idea to distance ourselves from Mr. Franco and some of the recent allegations that are now in the limelight.”

Diorio also reached out to members of the Associated Sutudent Body (ASB) in order to gauge their response to the issue.

“I talked to a number of students last week, and I had ASB have a conversation about it, and then I read their notes and kind of talked to [ASB adviser] Mr. Hall about the feedback,” Diorio said. “We decided, after talking to our leadership team and talking to some student leaders, to remove the student center mural, but to keep the paintings and the things up in the [Media Arts Center].”

Paly senior and member of the 12th Grade Site Council Kasra Orumchian was among those who took part in that conversation.

But not all students agreed with the administration’s decision.

“I think Paly administration’s decision to take down James Franco’s murals are very premature. Mr. Franco is one of the most accomplished alumni of this high school, and it is not fair to take down the work that he donated in response to recent allegations, especially ones that are very questionable as part of a large trend of accusations of sexual assault.  I believe in ‘innocent until proven guilty,’ and Mr. Franco has not been proven to be guilty yet.”

Diorio said she is willing to personally accept the ramifications of having the mural painted over.

“I hope the allegations against Mr. Franco are proven to be false, and if that’s the case, I will personally apologize to him if he feels like we overreacted,” Diorio said.

Ultimately, Diorio said it was the right call to take the mural down.

“I think this is a good way to be sensitive to the needs of the entire community, especially the needs of people who are coming forward with different stories and recognizing that as well,” Diorio said.

Two murals were painted by Franco in October of 2014 with the help of AP Studio Art students and his own private design team. The murals were based on pictures in the Madrono yearbook issue 74. This is not the first time that the administration has painted over the works of Franco. In February of 2016, the administration painted the work on the northwest wall in order to make room for student artwork.