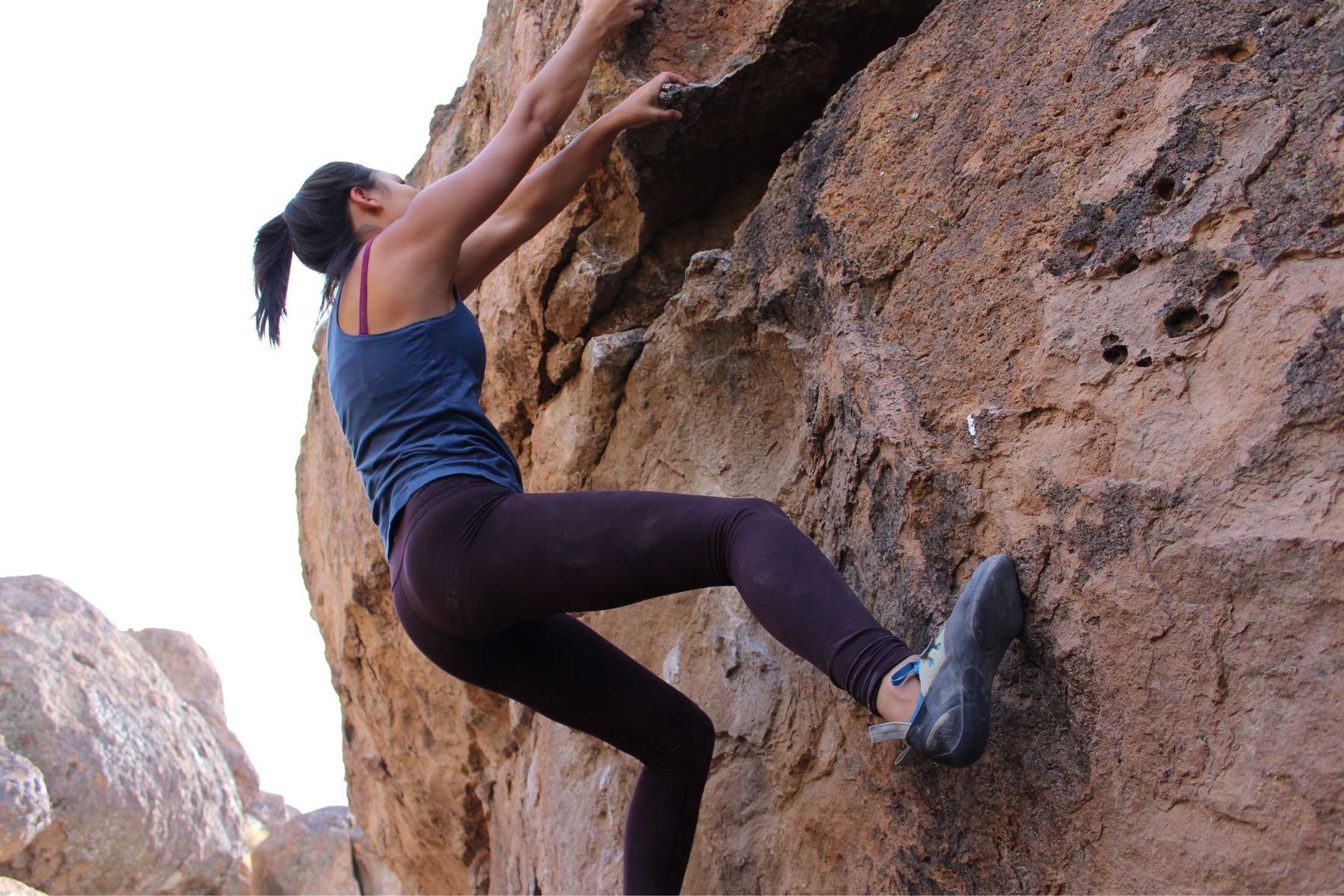 After a physically and mentally damaging car accident, senior Maddie Dong, an avid rock climber, found her groove once again through intensive recovery and the discovery of confidence in herself.

Dong initially climbed with Planet Granite’s Competitive Team in Sunnyvale for five years. A number of members on this team have joined the U.S. Climbing team.

However, at the end of Dong’s sophomore year, her climbing career came to a halt. Dong was injured in a car accident and was hospitalized for six days due to 12 bone fractures, a torn ACL and a brain injury, which were all detrimental to her competitive climbing.

“It was difficult knowing that I wouldn’t be able to climb for a long time,” Dong said. “There was even talk about never being able to climb again as I broke my back, so they were worried about paralysis. It was kind of rough to hear that while having my coaches in the hospital with me.”

After six months of recuperation, during which she attended physical therapy to slowly regain her strength, Dong was eventually able to begin climbing at Planet Granite once again with the aid of her teammates and coaches.

Her physical strength was not the only recovery made. Mentally, Dong was able to regain confidence in both life and climbing.

“I think emotionally, it was a little bit hard, because I did identify with being a rock climber for most of my life and having that taken away was really hard. [Recovery] made me emotionally stronger as well; I can really overcome anything if I can get out of this.”

Dong’s strength only grew from this point on. She was able to climb more often and with more vigor.

Her assurance in her abilities prompted further recovery and has made her a much better and more motivated climber.

“It was kind of inspirational, and it made me want to climb much more and I wanted to train harder after my accident,” Dong said. “I’m stronger than I’ve ever been now.”

After Dong regained physical strength, she realized the importance of things she had previously taken for granted, such as “life, climbing and the ability to move my body a lot more.”

Dong said she has worked hard to be where she is now; out of her many climbing related accomplishments, she is most proud of finishing a 5.12a grade climb called Line Up (located in Jailhouse, Calif.). A grade of 5.12a proves a difficult course that takes experience and determination in order to execute the climb.

Her stronger appreciation for the ability to climb changed her future climbing career. Through recuperation, Dong said she realized she wanted to suspend climbing competitively due to the pressure; she instead wanted to make the most of her experiences.

Dong did not want to see climbing as a stress-filled activity, but rather one that she could enjoy.

“It makes me feel so liberated and the adrenaline is insane. Even if I don’t make it to the top, it’s good to know there’s something for me to look forward to: being able to solve it and to climb the climb in the future. It definitely gives me motivation to work on something for the payoff.”

Between the adrenaline rush and the satisfaction of finishing a climb, Dong knows that climbing is where her priorities still lay. Although she is not currently climbing competitively, Dong said she is considering giving competition another shot.

“I have been looking at the schools that have climbing teams, and I think I want to try competing collegiately,” Dong said. “I think I’ll be climbing, I hope, for the rest of my life.”