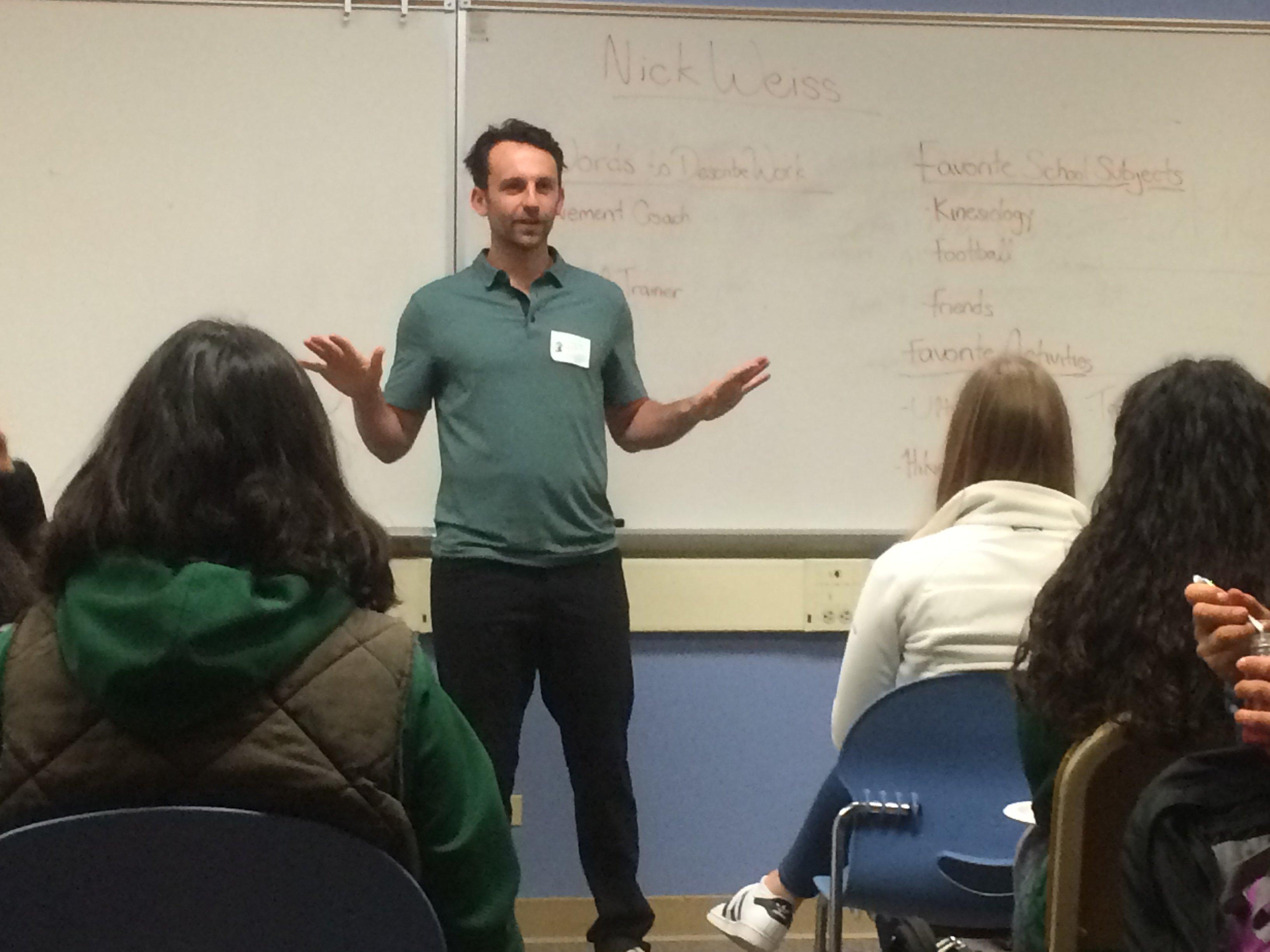 Paly’s tenth Career Month, an annual lunchtime speaker series featuring professionals from a multitude of fields, began in late February  and will run through next Friday.

According to one of the organizers, senior Stella Wan, Career Month is a time when guest speakers share their “experiences in high school and college, tips for high school students and how they got to the point they are at right now.”

In previous years, the selection of speakers was admittedly very STEM-heavy, so the organizers have made a conscious effort to invite speakers from a more diverse range of professions.

“Last year we had a lot of software engineers and tech-related jobs. This year we have a lot of new jobs: graphic designer, physical trainer, real estate agent, Palo Alto Reserve officer, and more.”

In addition to selecting a wider array of speakers, Career Month requires a significant amount of preparation.

“From the beginning of the school year [until]s January, we were inviting speakers,” Wan said. “Then we schedule each speaker for a different day, we make posters, organize food and parent volunteers, as well as other forms of publicity.”

The speakers scheduled for the opening day were Nick Weiss, a personal trainer and Kelly Kusumoto, a graphic designer.

Weiss, who graduated from Paly in 2003, now owns and runs a gym called PerformanceGaines. After graduating from Occidental College, where he was a premedical student, Weiss started working as a physical therapist at Equinox gym in Palo Alto. He eventually fell in love with this role and decided to open his own gym in 2009.

His biggest piece of advice for students is to be passionate about what you do.

“We often get pushed into studying or practicing something by our parents, by society, but we’re not truly passionate about that,” Weiss said. “If you spend your free time playing video games, find a way to be in the video game world. If your free time is spent working out, find a way to be in a workout world. Because if you’re not passionate about what you do, you’re going to hate waking up, hate going to work and you’re going to complain your whole life. But if you’re passionate, you’ll love life.”

Junior Sarthak Pant, who attended Weiss’ talk, felt that the message resonated with him.

“I enjoyed it very much because he told us about how education impacts what we do and how important it is to be passionate about what you do,” Pant said.

Kusumoto, the other speaker, echoed similar statements but emphasized the power of being flexible. According to Kusumoto, one should not panic if life strays from the planned path.

“Don’t put a lot of pressure on yourself. You think a lot about college and what you want to do, but from my experience there’s always time to make a career change or choose something different. So a lot of it is based on experimentation and thinking about what you want to do and trying it out and seeing if it’s right.”

In high school, Kusumoto was a wrestler who won third at Nationals, but she chose to pursue a career in graphic design once she reached college.

Junior Julie Meng was quite impressed by Kusumoto’s talk, despite the fact that she does not plan to pursue graphic design professionally.

“As a side project, [Kusumoto] designed wrestling t-shirts,” Meng said. “So she was able to connect her two passions, which I thought was very admirable.”

For more information about Weiss, Kusumoto, or Career Month in general, contact Stella Wan, Tilak Misner or Ashley Wang through Facebook. The lunch time speaker series continues all of next week in rooms 403 and 404 with free lunch provided for the first 150 students.