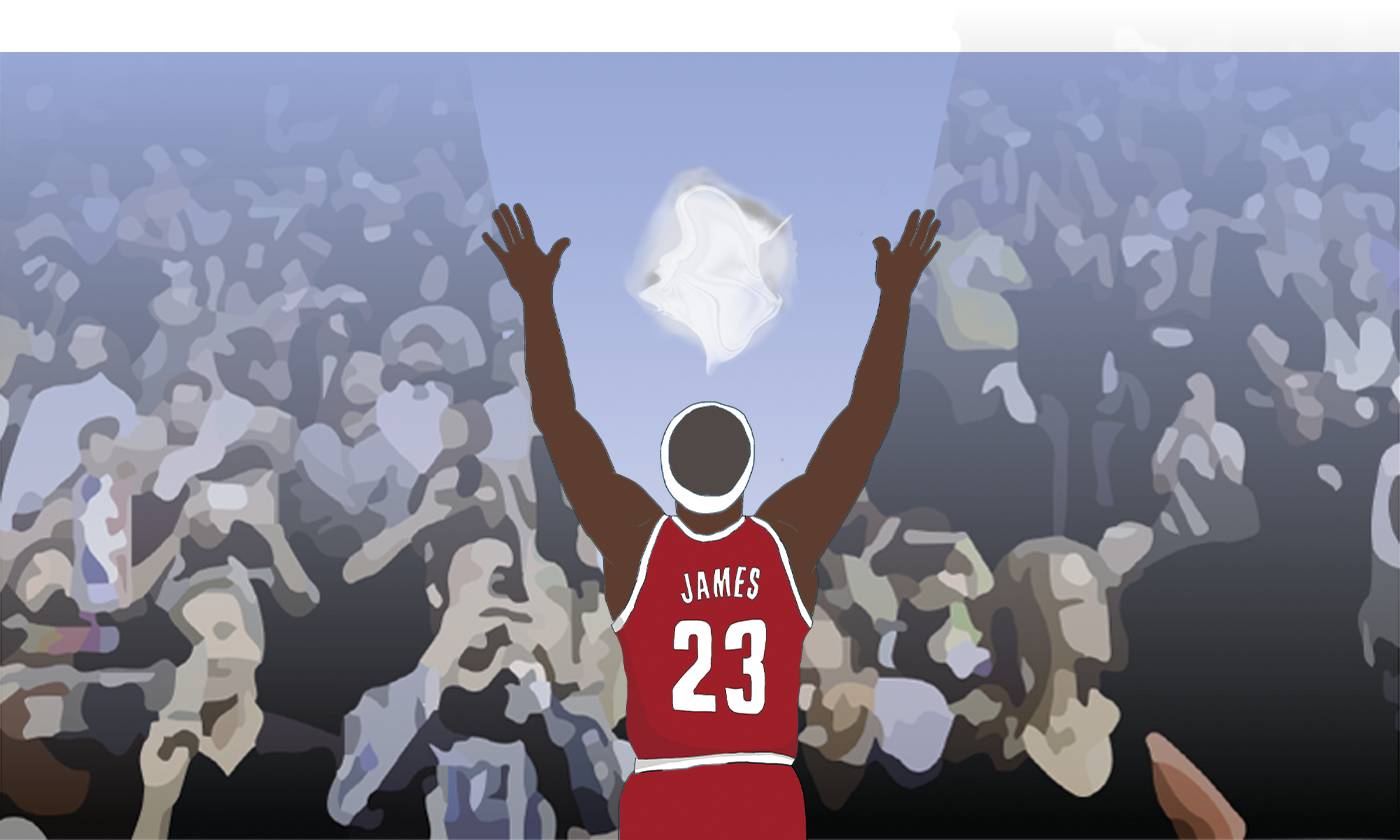 As junior Henry Saul approaches the starting line, one of the very last to take off the gray sweats he wears over his  running shorts and join the rest of the runners, he glances at his competitors. Surveying his competition puts his mind at ease, and he notices being the last runner to take his sweats off and get ready for the run succeeds in intimidating others.

Saul, an accomplished long distance track and cross country athlete, says he came up with this particular pre-game routine after observing that his former teammate Kent Slaney was always the last runner to take off his sweats before a race.

“The philosophy is that you want to stay warm for as long as possible. But it’s a superstitious thing [for me]. It’s what I’ve always done and it helps mentally.”

Saul said he begins his pre-game rituals many hours before the actual meet.

“The night before, I eat pasta, and [the team] usually have pasta feeds but this is more of an individual thing,” Saul said. “I go to bed early, and then get up and [put on] my lucky compression shorts. I make sure to only wear grey sweatpants and that none of [the clothes are] anything I’ve worn before, like in a championship.”

Saul says he goes about wearing particular clothing for good luck. He also makes sure to eat a peanut butter and jelly sandwich exactly two hours before a race, and to plug in his headphones and listen to music consisting of Gucci Mane, Kendrick Lamar, electronic dance music (EDM) or anything influenced by his mood. He says having a ritual gives him a sense of routine and likes not having to overthink while preparing for important meets.

Paly football and wrestling coach David Duran also had a distinct custom before his wrestling matches.

“[When I was a wrestling athlete], one thing that would happen before every one of my matches was that you’d have your headgear on, ready to wrestle, and the coach would open up his hand and slap you right across the ear, as hard as he could,” Duran said. “Then we’d go out there and wrestle. I have been slapped in the head like that probably thousands of times.”

Where Saul has his unique pregame ritual and Duran and his coach had their tradition, many other athletes like him, professional or not, have their own personal strategies that provide them with the comfort and familiarity that physical preparing and training does not.

In fact, superstitions, whether it is the belief in lucky items or reliance on specific schedules, are widely prominent in a variety of sports.

For example, Cristiano Ronaldo, a professional soccer player, makes sure to step with his right foot onto the field for a game.

Professional basketball player LeBron James is known for his “Chalk Toss,” a signature motion of throwing baby powder up into the air before almost every game. His fans caught on to this practice and soon it became a ritual for James’ fans as well.

There are other athletes who have even more eccentric methods of mentally preparing for a tournament, like John Henderson, former professional football player, who wished to be slapped in the face by his training staff in a way to “get his head in the game.”

According to Duran, many big-time sports teams have superstitious traditions as well.

“For football teams like big-time college programs and National Football League teams, if you’re playing at home you stay at the same hotel the night before the game,” Duran said. “Their routines are also exactly the same.”

Despite seeming trivial, these athletes perform these rituals for good reason.  Research shows superstitions can help improve the performance of athletes. In most cases, performing the same routine or believing in lucky items increases the feeling of control and confidence for anyone encountering a situation in which there are uncertain outcomes, according to Psychological Science.

Scientists at Colgate University conducted a study in which they found that participants who were in the presence of a “lucky item” exhibited an improved performance in golfing, memory and motor skills. Based on the study, the scientists proposed that holding onto a personal lucky charm helped increase the belief of being able to master a task, or self-efficacy, due to an elevated feeling of control and confidence.

When applying this theory to sports, the psychological illusion of control that superstitions bring allows athletes to cope with the unpredictability of a competition by boosting self-assurance.

“A big thing about running is believing that you can do it and that you’re strong and able to push yourself,” Saul said. “[My routine] is a way for me to do this and deal with my stress [so that] during the meet, I’m calmer.”

Many athletes also find comfort in personal team rituals before meets, a time when teammates can bond over their shared love of music or get together to energize prior to a race.

Sid says her team’s tradition is to gather into a huddle and shout a chant right before moving to the start line.

Saul, on the other hand, says that his team has a different way of de-stressing before a big meet.

“On the car there, one of my teammates, [senior] Aashai Avadhani, likes to play music that usually consists of Taylor Swift, country music and some Kendrick Lamar,” Saul said. “That’s usually a good way for getting us pumped up.”

It’s evident that superstitions play a large role in mental preparation in athletes. It’s an aspect within sports that is personalized and unique to each person and most importantly, a vital key to performing well for some.

“There’s definitely something to [having a pregame routine]. Whatever the athlete is, man, woman, boy or girl, they’re more comfortable in that routine and they perform better in [it].You’re not thinking about anything else, just what you got to do for the event coming up.”