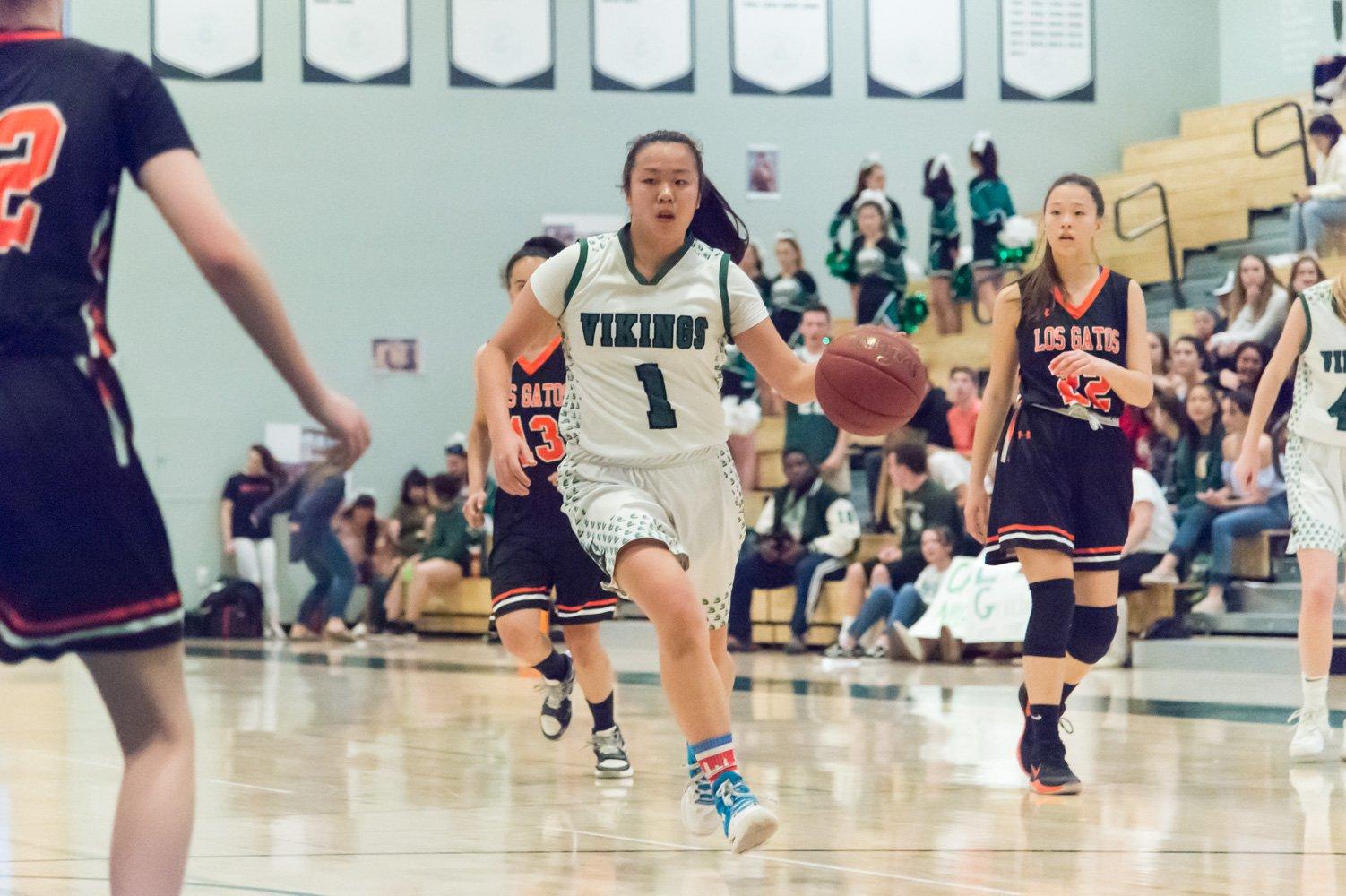 The Paly girls basketball team fought to their last breath. In a back and forth Central Coast Section (CCS) Division I playoff game against Carlmont High School, their valiant effort was not enough, as they fell 47-41, ending their season.

Junior forward Lauren Daniels said that the team gave it all they had.

“Everyone worked really hard during the game and unfortunately it did not turn out the way we would have liked it too,” Daniels said. “A lot of different people stepped up and contributed in different ways.”

Near the end of the game, the Vikings strategically began to press but could not close the deficit in time.

“At the end we started pressing and that was working really well for us but unfortunately there was not enough time left and Carlmont kept making their free throws,” Daniels said.

According to star senior guard Carly Leong, the team’s shooting struggles also led to the loss.

“I thought we left it out on the court but if some of our shots were going in we would’ve been able to win.”

Despite the loss, the team had a phenomenal season, winning a Santa Clara Valley De Anza League Championship and going 11-1 in the regular season. The first-place finish completed a major goal set before the season began. Leong was pleased with her team’s league campaign.

“I’m so happy on how the season turned out,” Leong said. “No one expected us to accomplish anything, but we won league. I’m so proud of my team.”

According to junior forward Lauren Daniels, overcoming a series of tough games and the loss of key starters to college made winning league even sweeter.

“We improved as a team each game,” Daniels said. “Winning league means a lot to the team; it shows us how much we have improved since the beginning of the season, and it was really cool that we won it after many seniors graduated.”

The Carlmont loss marked the end of Leong’s basketball career

Leong said, “I am so happy that I went to Paly and play basketball because it has given me so much joy and accomplishments that I could not have gotten anywhere else.”