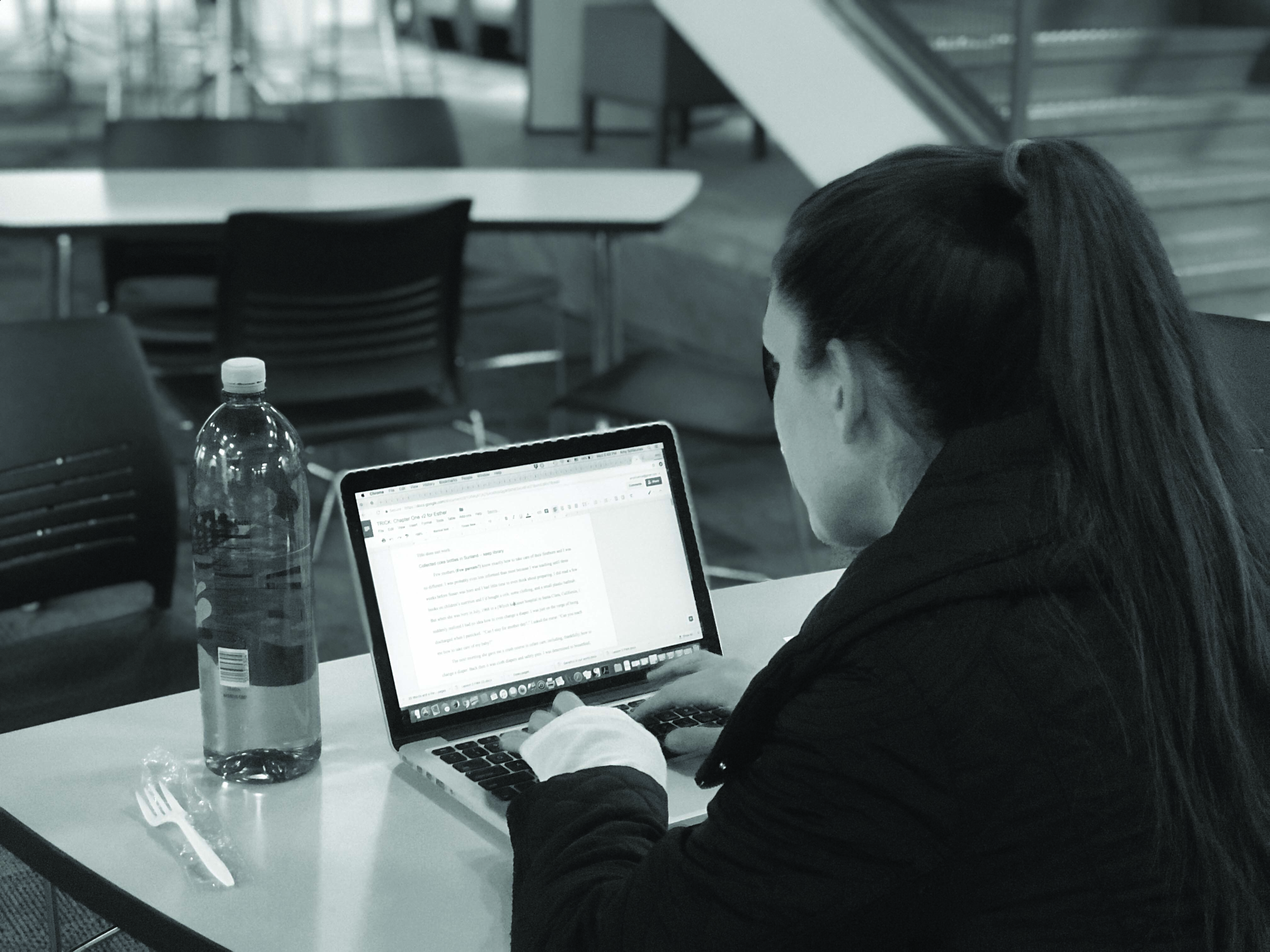 Teens turn to local cafes as spaces for completing schoolwork

A curious mix of local high school and college students, freelance coders and up-and-coming entrepreneurs fill up the local cafes, as they camp out for hours crouched over their computers. Whether it’s due to inconveniences at home, the social element of cafes, or the need for a caffeine fix, people of different ages are ditching traditional workplaces and flocking to coffee shops to work.

Many cafes are stereotypes as being overly crowded and loud, with overpriced menus and an insufficient number of toilets and outlets. Yet, these coffee shops have managed to build a loyal customer base where regulars, despite these nuisances, come to work on a weekly, sometimes daily basis. The Campanile camped out at our favorite cyber cafes to investigate the appeal of working in coffee shops and the expanding “coffee shop culture.”

The “coffee shop culture” is quickly evolving and cafes are no longer solely used as a space to sip and chat. Following the boom of tech startups across the Silicon Valley, coffee shops have become casual meeting spots for startups to discuss and pitch ideas, according to Camelia Coupal, co-owner of Coupa Cafe. Coupa Cafe in particular has gained mass popularity after receiving visits from former Apple CEO Steve Jobs and other CEOs of local companies. The impressive array of customers at these cyber cafes have contributed greatly to the appeal of working in coffee shops for students and professionals alike, according to senior Pablo Ruiz, who often studies at Red Rock Cafe.

“The conversations around me are always so interesting, you got people talking building apps and launching projects,” Ruiz said. “I feel like at the right place and right time, you could be met with some really cool opportunities.”

Most Silicon Valley residents will cite networking as one of the most important factors to success. The ability to create connections with an impressive number of experts in various fields is appealing for many students who prefer to study at cafes, according to Ruiz. A cafe provides an environment where people can work and be seen working, which may lead students to feel a sense of increased maturity when working alongside Stanford students, venture capitalists and programmers. Junior Riya Matta, who is a regular at Blue Bottle and Coupa Cafe, attributes her mastery in coding partly due to the encounters she has had with others who were coding in the cafe. Simply by glancing at the screen of the person next to her, Matta discovered a useful tool that helped her learn an intricate coding language.

“Once I sat next to someone doing some really complex stuff in C++ and I saw him using this site called GitHub. It looked cool, so I looked it up and found out it’s basically like Facebook for coders. I actually started using it and it’s helped me so much while I’m trying to learn C++.”

The appeal of working in coffee shops can be further explained by a study conducted in the Psychonomic Bulletin & Review, where researchers compared the work efforts of people performing a task alone and people performing a task next to others also working. Researchers concluded that under the right circumstances, concentration is contagious. Coffee shops cultivate an unique energy that facilitates a highly efficient work environment where customers can feed off of and be motivated by each other’s concentration and work ethic.

According to Matta, the clamor of plates and coffee grinders are distinguished from the noisy screams of siblings at home, as the din in cafes translate into background noise.

“It can get a little noisy [in cafes], but I actually like it better than at libraries because at libraries, it feels like even the tiniest noise can be disruptive and distracting,” Matta said.

Libraries do not quite match the appeal of cafes despite their reputation as a study space, according to senior and avid coffee shop-goer Michaela Fogarty.

“While [the library] was very peaceful, I still missed the human interaction [in cafes],” Fogarty said. “Even though there were people around, everyone was too quiet and so I didn’t feel the atmosphere was so alive.”

In comparison, those who work in cafes feel that the people at other tables are almost like their colleagues, especially when some of them are regulars. According to Fogarty, this connection creates a sense of community among the customers that makes people feel more energized and productive.

“I really like the ambiance [at Coupa Cafe],” Fogarty said. “It motivates me to stay on track when I am surrounded by other people working, especially other Paly students.”