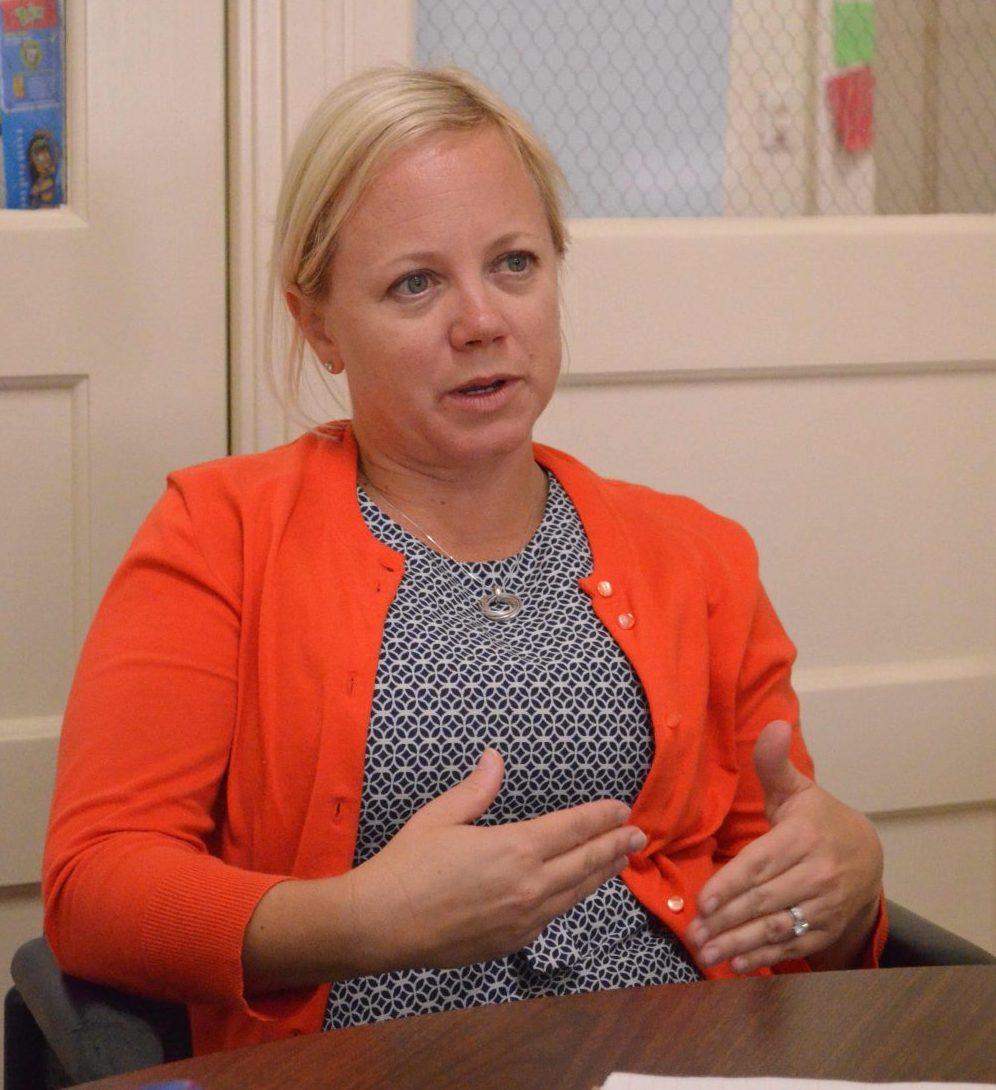 Principal Kim Diorio released a formal disciplinary letter from the Palo Alto Unified School District (PAUSD) reprimanding her behavior during the sexual assault investigations last year, as well as her response to the letter, to the Palo Alto High School student press. Diorio’s response said she clearly followed District directives during the investigation and Palo Alto High School has subsequently taken all the recommended steps for reform outlined in the disciplinary letter.

The letter of reprimand, sent to Diorio by Interim Assistant Superintendent Anne Brown, states that, among other mistakes, Diorio and other school administrators failed to interview all relevant witnesses to the incident in question, including both students involved.

The interviews, the letter of reprimand says, would have made it possible to properly evaluate the issues of consent and power differentials. It also states that documentation of the investigation and its findings was decentralized, and that school administrators failed to include all available evidence. The end of the letter lists several steps that Brown strongly suggested Diorio take in order to conform to Title IX guidelines, including implementing mandated staff training sessions and maintaining centralized records of all investigations and disciplinary actions.

The investigation had already been subject to scrutiny from community members who were displeased with the handling of a sexual assault case at Paly in 2016. The District hired independent law firm Cozen O’Connor last year to determine if the administration acted in accordance with Title IX laws on such proceedings. Last September, the law firm issued a report revealing that PAUSD administrators had repeatedly mishandled the investigation and failed to meet standards imposed both by the government and the District.

Diorio’s response, attached to the disciplinary notice, contains excerpts from the Cozen report and detailed explanations to contextualize each separate allegation. The response from Diorio points out that school administrators were conforming to District policies, procedures and the advice of the Title IX coordinator at the time, Holly Wade. It concludes that the mistakes stemmed from erroneous instructions and faulty District guidelines rather than lack of oversight by school administrators.

“Simply put, the Cozen report is replete with multiple determinations that the district had deficient policies, protocols and implementation,” Diorio wrote in her response. “School staff should not be held personally or professionally responsible for implementing district office directives.”

The reply also notes that the recommended steps for improvement listed in the letter of reprimand have been completed.

“In terms of the suggestions you offered to assist in making sure we are following all Title IX processes and procedures, I am pleased to report that Palo Alto High School has already fulfilled all of your suggested specific action items,” Diorio wrote.

In November, Brown sent a letter of warning to Gunn High School principal Kathie Lawrence, who was an assistant principal at Paly at the time of the incident. To the best of The Campanile’s knowledge, other Paly administrators involved with the investigation, including former Superintendent Max McGee and Paly Assistant Principals Victoria Kim, Jerry Berkson and Adam Paulson, have not been disciplined by the District at the time of publishing.

Diorio released the letter of reprimand and her response to it exclusively to the Palo Alto High School press and said in an email to the Paly staff today, “I’ve made the decision to release the records this afternoon to Paly’s own student press. In keeping with past practice, I’d always prefer our students get ‘the scoop.’”

The letter of reprimand, as well as Diorio’s response, can be found below.