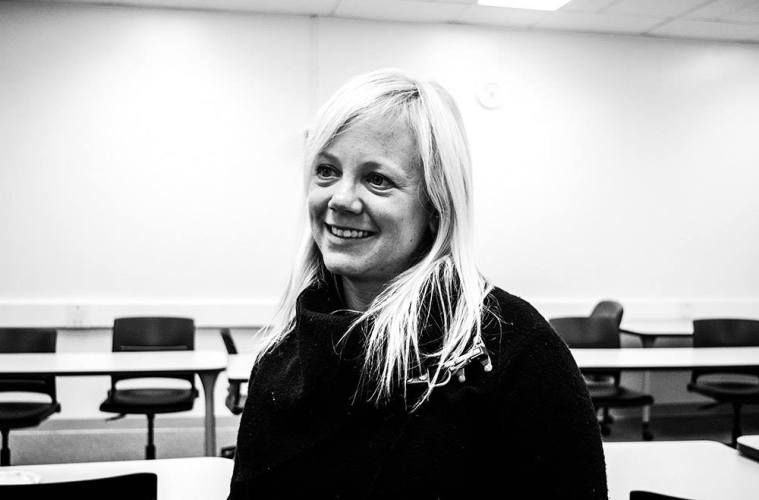 Following an eventful 11-year run at Paly filled with improvements but also multiple controversies, Principal Kim Diorio announced her resignation this morning. Diorio said she will return from her medical leave later this spring to wrap up her last school year at Paly.

Diorio notified staff and students of her decision in two letters, one sent to the staff ten minutes prior to one sent to students.

“The decision wasn’t an easy one, especially given the thought of no longer seeing and working with all of you on a daily basis,” Diorio wrote in her letter to the staff. “Frankly, it’s not one I seriously considered before the start of the new year.”

The news left many staff members emotional. Assistant Principal Adam Paulson said after many memorable years at Paly, she will be missed.

“I’m obviously saddened by the news,” Paulson said. “She was a great leader, and I think she provided a lot of vision for this school and not only that, she’s just a great person. She’s always out with kids and puts students first.”

Paulson said the administrative team plans to check in with students and staff and move forward to get through the end of the school year.

Many administrators and teachers declined to comment and said they are still processing the news.

Junior Class Vice President Ben Rapperport said he can understand why Diorio chose to leave at the end of the year.

“It does make sense because after so much scrutiny I can see how she was done with the pressure and stress and so many people wanted her out,” Rapperport said.

He also said he has mixed feelings about Diorio’s time at Paly.

“I think she was a good principal, but I do think she could have handled the [sexual] assault allegations better. I think for some people the way she handled it was just too much to get over and that is why they wanted a new principal.”

“The letter went out before I knew about it, so I was confused,” said Baten Caswell. “We didn’t expect it [Diorio’s resignation].”

However, Baten Caswell said there is a process for selecting a new principal. According to Baten Caswell, the District will form a committee made up of community members, from the Parents and Teacher Association (PTA), teachers and district administrators. The committee may also include students.

The Board will not take part in the selection process, Baten Caswell said. However, it is up to the Board to approve or deny the committee’s decision, which they will do through a vote.

Many Paly staff and students first heard of Diorio’s resignation through her two letters. Her letters covered many points, including a reflection on her time at Paly as well as her emotions surrounding her resignation.

In Diorio’s letter to the staff, she talked about what the staff has accomplished over the past decade, addressing improvements made to the school’s overall wellness and safety, equity and access, teaching and learning. These improvements, her letter said, include opening the Wellness Center, launching Rise Together Education and improving course alignment.

Diorio also wrote that though she is excited about what’s next for her, she is sad to be leaving the Paly staff and students.

She said students have taught her how to be kind, practice self-care, have fun, speak up and keep learning.

“Over the past decade, not a day has gone by when I haven’t found myself blown away by [the students’] kindness, compassion, curiosity, creativity, talent and/or intellect. I’ve learned so much from our amazing students, and it has made me a better person.”

Diorio elaborated on what she has learned from students in her letter addressed to them. She thanked students for the lessons they have taught her and left them with a word of advice: believe in yourself, and continue to strive to make Paly a better place. She also encouraged students to keep supporting one another.

Paulson said the letters speak for themselves and show how much the well being of students means to Diorio.

He said, “I think her letter to students just shows how much that she cares about you guys, not only academically but emotionally and mentally and just as people.”