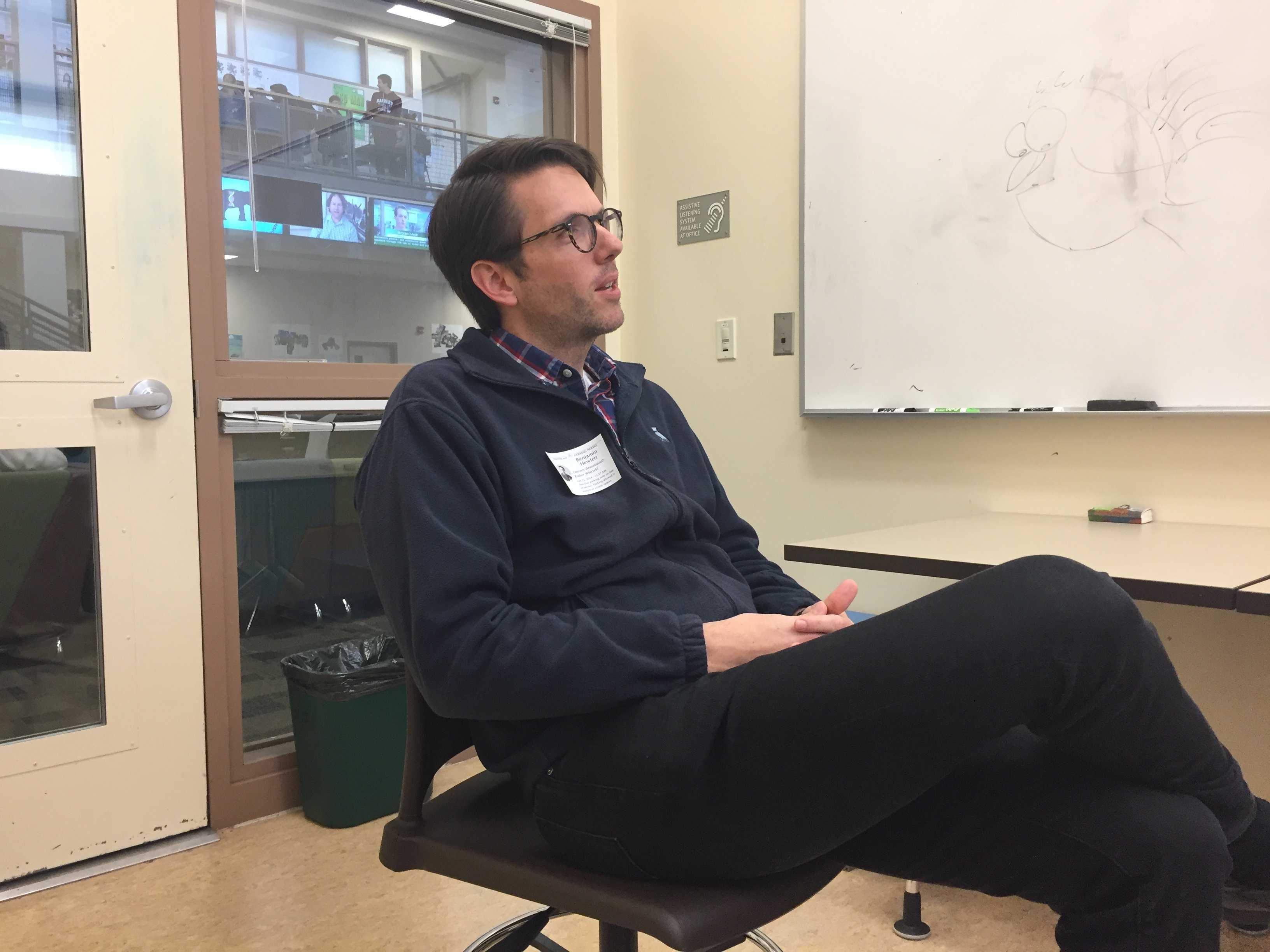 When staff writer Ben Hewlett published an article on March 11, 1996, exposing the Palo Alto Unified School District Board of Education’s questionable decisions regarding a superintendent promotion and school funding, he had no idea what a significant impact the article would have.

After the article was published, further investigation revealed irregularities within the School Board, including the discovery that 17 administrators had abused school funds. The information soon became public, and resulted in withdrawn raises and the resignation of the superintendent and business manager.

“All the way up through publishing, I didn’t honestly expect that [the article] would be such a big deal. I mean, I got the sense that people at the school would be possibly concerned about it, but I didn’t expect that it would be picked up by people outside of the school and by people in the community… So it was kind of surprising to see that it got traction.”

After noticing the odd timing of the decision in the meeting minutes, Hewlett investigated further and discovered several red flags in the situation.

The first red flag was that the public had no idea the Board was creating the new position of Deputy Superintendent — the discussions were not public, and no applications had been publicly submitted to the Board for the job.

The second was that, according to the Brown Act, discussions regarding the creation of this new position would be considered illegal if they took place in a closed session. By looking at the minutes of the Board meeting, Hewlett found that the decision to appoint Einfelt to Deputy Superintendent was made just one minute before the meeting was adjourned. This detail sparked suspicion in many Paly faculty members.

The third red flag was that the promotion came with a $9,000 yearly raise. At the time, the District was in an alarming financial situation, one so disastrous that Paly’s instructional supervisors and principal were teaching classes. Many teachers felt the creation of the new position was unnecessary. It was also believed that the raise was intended to boost Einfelt’s salary just before her retirement.

In addition to the withdrawn raises and the resignation of the superintendent and business manager, Hewlett’s investigative journalism gained the attention of local newspapers.

“It’s a good feeling to have people pay attention to the work you have done and recognize that it’s important,” Hewlett said. “It’s a good feeling to have an impact on the community that you’re in, in this case, the school and Palo Alto. I’m a very private person, so I did not welcome the personal attention, but it was nice to have the work recognized, and to have [The Campanile] recognized, too.”

Paly math teacher Arne Lim, who was a teacher at the time of the incident, said the article was an example of what student investigative journalists can accomplish when they find something wrong, learn more about it and write a story. Lim emphasizes the importance of the voices of students.

“The school was very proud of Ben, for doing that, and what that did is it kind of inspired other students to do the same thing.”

Hewlett said when he was working on the article, he was a little concerned that exposing these individuals might upset many members of the school board. However, he was confident in the knowledge that he was doing the right thing, and with the encouragement of The Campanile adviser Esther Wojcicki, he pushed forward with the article.

However, his fears turned out to be unfounded — he did not receive any negative backlash from the people he had written about.

“The closest thing that I got to some reaction from one of these people was when I graduated Paly, and I got my diploma, and in my diploma case was the Superintendent Jim Brown’s business card, and on the back of his business card, he wrote, ‘not a credit card,’” Hewlett said. “So I got a personal communication from the guy who got, basically, canned from the story. But it wasn’t a threatening communication, it was a ‘ha ha’ communication.”

Reflecting back on what happened, Hewlett said he now views the situation slightly differently.

“When I was working on this story, with Woj and everyone else on The Campanile, I remember kind of being in a mentality that ‘what these people did is wrong, and it needs to be written about and it needs to be publicized,’ and that was correct, I think, I still believe that,” Hewlett said. “I’m glad that the story got written. As I’ve gained more distance from it, I guess I’ve come to a more nuanced view about the people that I was writing about. For instance, Jim Brown: I don’t really believe that he’s necessarily a bad guy.”

Through writing the story, Hewlett learned about the importance of investigative journalism. According to Hewlett, it was a key experience for him and the lessons he learned stuck with him.

“It really shaped the way that I view journalism and the way that I view the world,” Hewlett said. “I really hope that this journalism program continues so that students do things like that. Because, you know, you come to high school and you learn math and science and languages and this stuff, and that’s all useful, but kind of missing from that is gaining a sense of perspective on how your work can be valuable to people and journalism is a really valuable thing.”