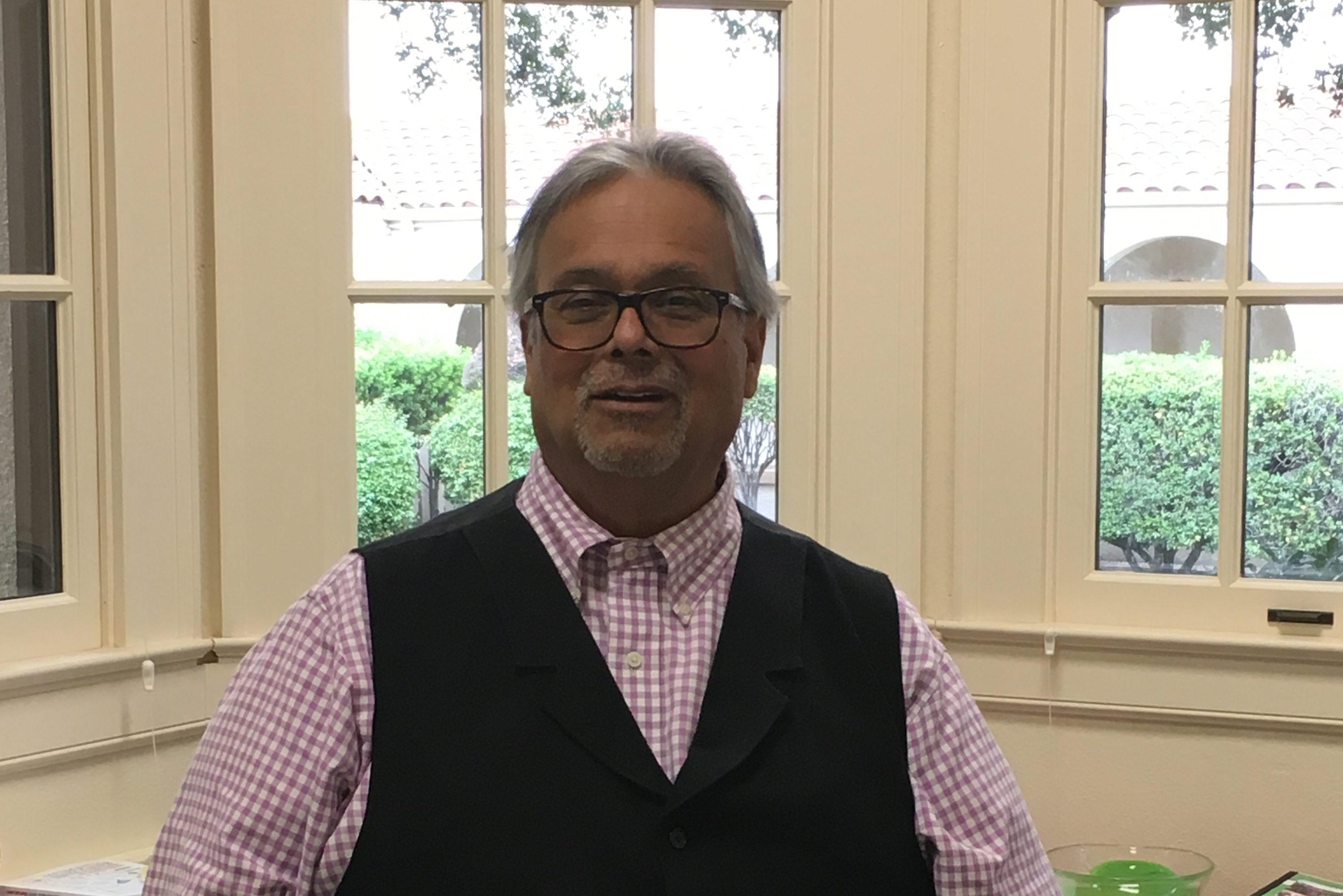 Neil Kapoor and Ujwal Srivastava
Lifestyle
March 26, 2018
Frank “Pancho” Rodriguez joined the Paly administration as acting principal after Kim Diorio’s medical leave on March 2. He has worked as an administrator at various school districts, most notably the Pajaro Valley Unified School District in Watsonville, Calif. In this feature, Neil Kapoor and Ujwal Srivastava of The Campanile sit down with Rodriguez to learn more about his past experiences and goals for his time at Paly.

The Campanile: Could you briefly describe the various positions you’ve held, including your earlier stint at Paly?

Frank Rodriguez: I have been administrator for almost 30 years, and in education for 32 years. I have been an assistant principal, I have been an instructor with special education students, I have worked with socially and emotionally disturbed students, I have done leadership classes, social science classes-type work in my career and I’ve been a counselor. I have been an administrator, primarily, and for the last 10 years prior to retirement, I was a founding principal in the Pajaro Valley Unified School District. The district was overcrowded, [I] opened a new high school and I was the principal.

TC: What are you looking forward to in your time as acting principal?

TC: Are there any obstacles or challenges you foresee?

FR: I knew what this position is here. But having done internal principalships, one of the things I look to do the most is maintaining it, ensuring that it is a safe place for students, the educational process continues and I do what I can to support students, parents and the community.

TC: What do you do when you don’t know the system?

FR: That’s a lot of the job. One time, in a former school district I was at for 15 years, I had nine positions. I had one position for seven years. It takes a lot of observation and asking a lot of questions so I know what’s going on around me. I’m not here to change anything. I want to maintain what has worked and support students and staff.

TC: What is your first impression of Paly?

FR: It is a high performing school. There is a lot of pressure on students and teachers. I’m not so sure if that comes from external sources as much as it does from homes and what students want to achieve for themselves. They are kids. A lot of the students appear younger than the places I’ve been. Healthier, maybe. Paly has a great working system. You’ve got a lot of support here. I think that’s fabulous.

TC: What plans do you have for your time as acting principal?

FR: I want to support the type of work that’s going on. For example, there’s discussion for the master schedule for next year. I’ve been observing what that process is here. I’ve done master schedules many times over the last 25 years, but the needs are the same. But you have so much support here, it’s exciting to see what students have to offer. If obstacles come up, I’ll work with them to do what I can.

TC: What are your thoughts on Ms. Diorio’s resignation?

FR: I got to work with her for a short time when I was here. Conflict is always hard, and most times, no one wins. I think it is a sad time, obviously for the principal, but also for students and teachers who felt supported by her.

TC: What do you think were the biggest factors in bringing about this sudden change?

FR: I don’t really know. I’m not privy to all the things that influenced that. People in my position — who are interims — it really behooves us not to get involved in that kind of thing, so we can really support what’s going on. Sometimes somebody is ill, there is a tragedy in the family, a lot of different reasons why people are out. I feel sad for what’s going on. Conflict, most of the time, is not good. It’s hard. But that’s part of life, we work through it.

TC: Do you foresee Ms. Diorio coming back this year?

FR: It really all depends on the discussion she is having with HR (Human Resources) and the Superintendent. If she decides to come back, great. The thing for me is it’s a long commute. I live in Santa Cruz. With the rain today, it was 2 ½ hours.

TC: How long are you planning to stay in this position?

FR: I have a cap as to how much I can earn in a year. This is my sixth month I’ve been working in different schools. I may be approaching that cap sooner than I’d like. The District is looking at the possibility of getting an extension since that’s a state mandate. I need to be able to continue for as long as needed.

TC: What are your thoughts on the Western Association of Schools and Colleges (WASC) visit?

FR: WASC visit is an accreditation process that happens in all schools in California. I’ve been through several WASCs and different committees over the years. The team that came this time was very responsive, very impressive. They come from small school districts, and they were impressed with the honesty. They are aware that sometimes there will be complaints, that’s just part of the process. They are concerned with how it is serving the kids, how is the school functioning. They found a positive outcome.

TC: What do you like to do in your free time?

FR: I’m a visual artist, I do watercolors and I play Afro-Cuban music. I have produced events, concert shows, things like that. I did that for a living for a lot of years.

TC: Have you gotten a chance to go to Town & Country yet? What’s your favorite restaurant?

FR: Gott’s, I think. I grew up in California, in San Jose. My wife’s from Menlo-Atherton. She was born in San Francisco. My parents were working around this area a lot, so I’m real familiar with Town & Country.

TC: Can you tell us the story of how you got your nickname Pancho?

FR: My grandmother. My dad was named Francisco and named me Frank. My grandmother used to call me Panchito as a kid. I was very active in student movements, like the farm workers movement, where I worked for Cesar Chavez. My middle name is David. My son and his wife are about to have a baby, and they are naming him Francisco David.

TC: What is your opinion on the walkout [on March 14]?

FR: I think we’ve got to give students the right to express themselves. A lot of the change influenced over the last 50 years was by young people. The founding of this country was by younger people.