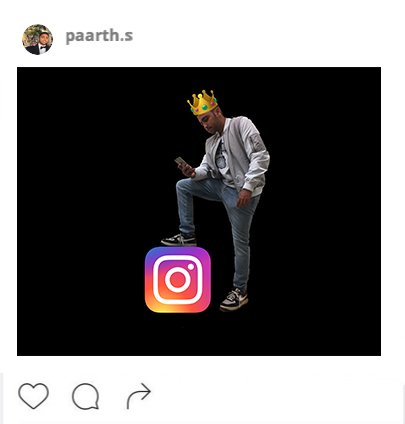 Over the past few years, Instagram has overtaken Twitter in number of users and has become the go-to social network for most young people. However, the app is full of unwritten rules that lurk around every corner, and a violation of protocol is sure to lead to mass judgement from one’s peers. I’ll begin by covering the three buttons located under a post, and later aid you in creating your own post.

Comments: Because of the lack of multiple reactions on Instagram, comments have become the go-to way to react to a post. The comment button is generally used by girls to dish out compliments under their friend’s posts, and used by guys to attempt to be funny through sarcastic flirting (the splashing water emoji hasn’t been funny for years now, guys, please stop).

Direct Message (DM): Aside from being every creep’s favorite feature, DMs also serve as everyone’s sixth-favorite way to message someone, after text, Facebook Messenger, Snapchat, Gmail chat and carrier pigeon.

This feature’s single non-heinous use comes from the fact that users can easily send posts to one another via DM, which allows friends to either mock dumber users together or laugh at the slew of relatable content memes that Instagram provides.

Now that you’re familiarized with the landscape of the app, it’s time to move onto making your own posts. But first, you have to decide which type of Instagram user you are. All (successful) Instagram users have a certain vibe or aesthetic that they at least somewhat adhere to.

Are you an account that gains support from clever and funny captions? An account that goes for a vintage aesthetic? An account that posts links to your Hudl or Soundcloud (or both; it’s a similar demographic)? Choose now, and stick with it. There’s nothing worse than a user whose look varies wildly from post to post.

The most important aspect of any post is the caption. People spend days, weeks, even years thinking of captions that accentuate the photo and increase the chance for likes and comments.

Once again, captions are in large part controlled by your aesthetic. Common themes include puns or mildly interesting questions or facts that prompt responses in the comment section below.

For those of you going for a more artsy aesthetic, you may look into not capitalizing any of the words in your caption, as this adds a level of casual rebellion to your post. After all, nothing says cool like the inability to capitalize correctly.

Once you’re done with this step, you’re ready to post. Pick a time that people will be online (not 2 a.m.), hit that “share post” button, and simply kick back and watch the likes and comments roll in.