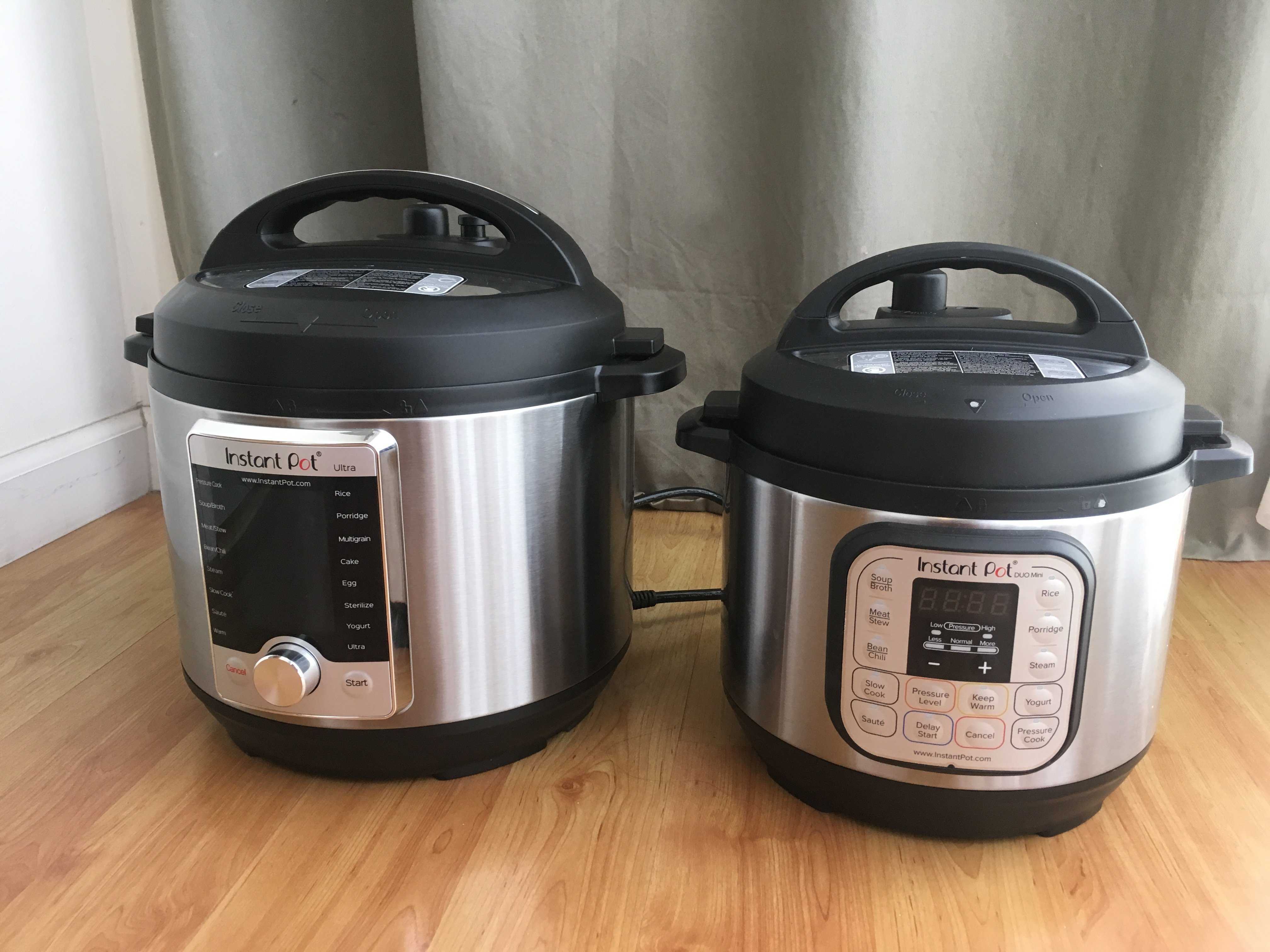 Are you tired of eating egg McMuffins® for breakfast, microwavable pizza for lunch and Instant Ramen for dinner? Are you always scrambling to make dinner when entertaining guests? Do you struggle with just boiling water? If you answered yes to any of those questions, the Instant Pot® is perfect for you.In 2009, the Instant Pot® Company was founded by current CEO Robert Wang, aiming to facilitate the preparation of quality food and reduce fast food consumption, according to its website. Wang was a former employee at Nortel Networks Corporation, a telecommunications and data networking manufacturer. In the following year, the company’s first product emerged: the Coal Seam Gas (CSG) Multi-Use Programmable Pressure Cooker. Customers could use the appliance as a pressure cooker, slow cooker, rice cooker, steamer and warmer.

Since its debut, Instant Pot® has expanded their line of pressure cookers, from adding new features to improving its interface.

In 2016, Amazon announced the highlights of its annual Prime Day in a press release, stating that the Instant Pot® was a top seller in the U.S., as customers purchased nearly a quarter million 7-in-1 Multi-Functional Pressure Cookers. According to its website, the Instant Pot® is the “number one selling brand on Amazon. com with one of the highest overall customer ratings.”

Why is the Instant Pot® such a popular product? One — it’s a pressure cooker. Pressure cookers can cook four to seven times faster than ordinary boiling. While the boiling point of water is 212°F, the temperature of the steam in pressure cookers rises to 250°F, expediting the cooking process. Two — the Instant Pot® can cook multiple foods at once, such as rice and teriyaki chicken at the same time. Three — users do not need to monitor their food as often or worry about burning their dinner, as there is a set time for cooking. Four — most importantly, the Instant Pot® can cook nearly anything, from macaroni and cheese to strawberry cheesecake.

Not only is the Instant Pot® a time-saving kitchen appliance, but it has become a cult-status product — many enthusiasts have even formed their own secret Facebook groups. The Instant Pot® Community Facebook group consists of 1.3 million members around the nation who share their Instant Pot® recipes, recommendations and useful tips.

First, I tested the warmer function on the Duo Mini 7-in-1 and compared it to the microwave. For five minutes, I reheated a few slices of precooked tandoori naan from Trader Joe’s, which were initially at room temperature, in both appliances. The naan that was warmed up in the Duo Mini 7-in-1 was evenly heated with a fluffy texture. On the other hand, the microwaved naan tasted dense and chewy. It was also scorching hot on its edges but cold in the center.

Next, I used the pressure cooker to cook dry pinto beans. Using the bean preset, it took a little less than half an hour to cook, whereas it took twice as long to cook it on the stove. The pinto beans tasted akin to the beans I cooked on the stove, so I would definitely use the Instant Pot® instead of the stove when cooking beans if you’re more pressed for time.

I also compared the rice pressure cooked in the Duo Mini 7-in-1’s with a Zojirushi rice cooker, one of the top rice cooker brands in Japan. I first tested the Duo Mini 7-in-1’s preset rice function, which cooks one cup of white rice for 12 minutes. Using a one-to-one ratio of water to rice in both appliances, I found that the rice tasted softer and stickier than I expected. With the same ratios, I cooked another cup of rice using the manual feature for six minutes, and found that the rice tasted more al dente than the rice cooked for 30 minutes in the Zojirushi rice cooker.

Upon reviewing the Duo Mini 7-in-1 (3 quart) Instant Pot®, I would recommend it for college students, as its size and accessibility make it convenient for students to use in dorms after a long day of classes and extracurriculars. Also, the Duo Mini 7-in-1’s suggested retail price is only $79.95, which is substantially less expensive than buying a microwave, stove or rice cooker.

In addition to the appliances in the Duo Mini 7-in-1, the Ultra 10-in-1 Instant Pot® can function as a cake maker and sterilizer. Other built-in programs include multigrain and egg. The Ultra 10-in-1 also includes the Ultra program, which allows its users to adjust different parameters based on their preferences, from setting the temperature in one degree increments to choosing the exact cooking time. Also, the Ultra function enables users living in non-optimal cooking conditions to cook food more efficiently. For example, there is less air pressure at higher altitudes, which makes it more difficult to boil water.

First, I used the preset egg function to make hard-boiled eggs. This function pressure cooked the egg for five minutes, but it took 11 minutes total. It is important to note that the cooking time is shorter than the total cooking time. Oftentimes, it can take around five minutes for the pressure cooker to reach its optimal pressure before the cooking process begins. I also cooked the eggs for three minutes to make soft-boiled eggs.

While the Ultra 10-in-1 (6 quart) Instant Pot® costs $149.95, it is still worth investing in, as it cooks food more efficiently and is less expensive than other kitchen appliances. Furthermore, it is much larger than the Duo Mini 7-in-1, so I would recommend it for families.