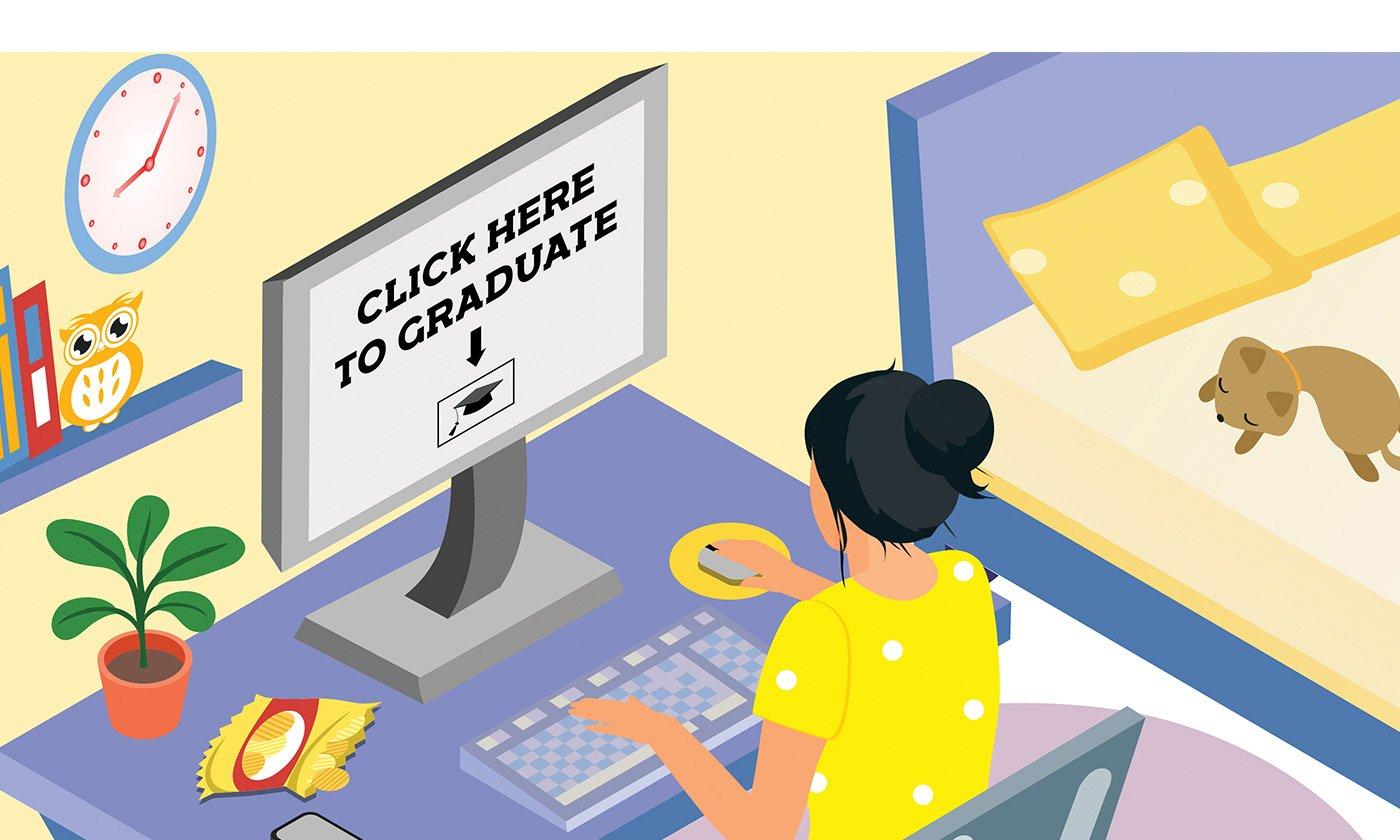 The digital revolution has brought a transformation in education in the U.S. and abroad. According to the U.S. Department of Education, the majority of high schools and universities in 48 states and the District of Columbia now incorporate at least one form of online learning in their curricula.

After two decades of steadily-evolving online educational offerings, students and teachers can now find virtually any paradigm for pursuing their academic goals.

Alongside online programs offered for credit, Massive Open Online Courses (MOOCs) are also gaining popularity. Although they generally do not offer school credit or grades, MOOCs are integrated into a broad spectrum of high school and college curricula.

MOOCs often spawn from platforms like YouTube and online education corporations such as Khan Academy and Coursera. They offer open-access explanatory videos that put students in full control, enabling them to learn at their own pace and rewatch lessons.

“You sit in a chair, and the teacher tries to project knowledge at you — some of it sticks; some of it doesn’t,” said Sal Khan, founder of educational platform Khan Academy, in a Technology, Entertainment and Design (TED) talk in 2014. “That’s not an effective way to learn. Worse, it creates a mindset of, ‘You need to teach me,’ so when you’re on your own, you think, ‘I can’t learn.’”

Although MOOCs themselves are not graded, many schools recognize them as valuable educational content that, in tandem with credit-bearing courses, help qualify enrollees for diplomas.

Still, educators don’t believe that schools will transport entire school curricula online in the near future due to constraints in areas of course regulation, student access to technology and student-to-teacher interactions.

Online learning seems poised to meet a specific need in the future of education: providing additional choices to motivated, self-directed learners, and complementing traditional teaching as another tool for engaged teachers.

“We live in a world now where you have so many resources, and if you have the correct mindset, you can pull them. A lot of times you absolutely need that human being to motivate you to keep you engaged, to give you that extra little insight, but there is a lot of resources that can be the first line of attack.”

MOOCs join an array of online educational offerings. In blended learning programs, teachers deliver a portion of their coursework in a traditional classroom setting and provide the rest online for students to access on their own time.  According to virtual learning company Blackboard, 76 percent of educators surveyed believe that blended learning benefits students’ mental health and academic achievement.

Currently, Paly offers 12 blended courses with a total of 618 enrollments. Advanced Placement (AP) Biology, for example, has been remodeled as a blended class and has gone fully online.

“The blended model helps students that work independently and can do a lot on their own, and those who don’t need me to talk them through every little assignment,” said AP Biology teacher Erik Olah. “I’m always available if [students] need help, but they don’t have to be with me for the process. We now have the ability to be online, and me being able to track progress online allows for the blended model [to work].”

Olah said that the Palo Alto Unified School District does not allow certain classes, especially in the sciences, to be fully online because of the hands-on classwork, such as laboratory experiments. However, the blended course model allows for the balance between online and traditional learning.

The flipped classroom approach reverses traditional expectations. Instead of absorbing content at school and then completing complementary work outside of class, students can watch recorded lectures on their own time and then receive teacher assistance as they complete homework assignments.//

Junior Paloma Mitra, who took biology and chemistry classes at Stanford University Online High School (OHS), explained that she was drawn by the unconventional classes and the flexible schedule, which makes it easier for a student to have a part-time job or pursue extracurriculars.

“I had more classes I wanted to take, but with prerequisites, course caps, etc., it would be impossible to fit it all into junior or senior year,” at Paly, Mitra wrote in an email.

Although each online course she took was the same length as a block period class at Paly, Mitra said that class time was utilized more efficiently at Stanford OHS. To complete lab experiments and problem sets due at the end of each week instead of the next class period, Mitra said she “had to be consistently self-motivated.”

To learn the material, Mitra mostly read textbooks and took notes rather than attending lectures. Subsequently, she would delve deeper into the topic with her classmates and teachers online by discussing real-life applications and focusing on areas where she needed the most help.

“This class structure was a contrast from Paly, and because of this, I was able to gain the experience of a new learning style, unconforming of traditional education. I had a thorough understanding of the fields I had explored by the time the course was over.”

“I had difficulty in Paly’s Spanish program because I had a hard time with the teacher,” Lin said. “I decided that taking [it] online would be a better option for me because I’ve [been taught] to be self-guided, and that’s my learning style. It was less of a struggle to communicate with my teacher.”

Lin said she appreciated the simple access to course materials on her phone and the ease of contacting her teacher with questions. Although Lin could not practice speaking as much, she said other courses were designed to enhance speaking abilities.

As with any approach, online education is not ideal for every student because it requires more self direction and commitment. The emphasis on independent learning and lack  of direct contact with instructors and classmates strains students who perform well in a typical school environment.

At the college level, pursuing a degree online can cost much less than attending a traditional university. But the main negative is that more students fail courses and drop out. Researchers from Harvard University and Stanford University examined the academic performance of 230,000 students at DeVry University by offering both face-to-face lectures and online remedial courses. Over four years, the researchers found that online students, especially those with the lowest grades before entering online programs, were more prone to perform poorly and drop out of college than similarly-achieving students who chose traditional schooling.

Although online schools attempts to replicate dynamic social interactions between students from traditional schools, students from schools such as Stanford OHS spend 50 hours a week “Skyping” with classmates online.

“As with any online education community, the social aspect was a bit lacking,” said Allison Tam, who graduated from high school through Stanford OHS. “I was rather far geographically, I had never really partaken in the social aspect of OHS.”

Professors and analysts raise other concerns about the lack of a classroom setting for high school students: there will be less dialogue, less intellectual exchange, and students who are struggling may take remedial classes and be passed through without receiving adequate preparation for college.

Moreover, at the college level, accreditation, a quality assurance measure, becomes a big concern for students. While numerous well-established institutions now offer online classes, for-profit replicas have mushroomed over the past two decades. Many of these self-styled “universities” are either not accredited or use poorly vetted accrediting bodies. The result is a subpar education that fails to meet employers’ expectations. Often, disappointed students realize too late that such “degrees” were a waste of their hard-earned cash.