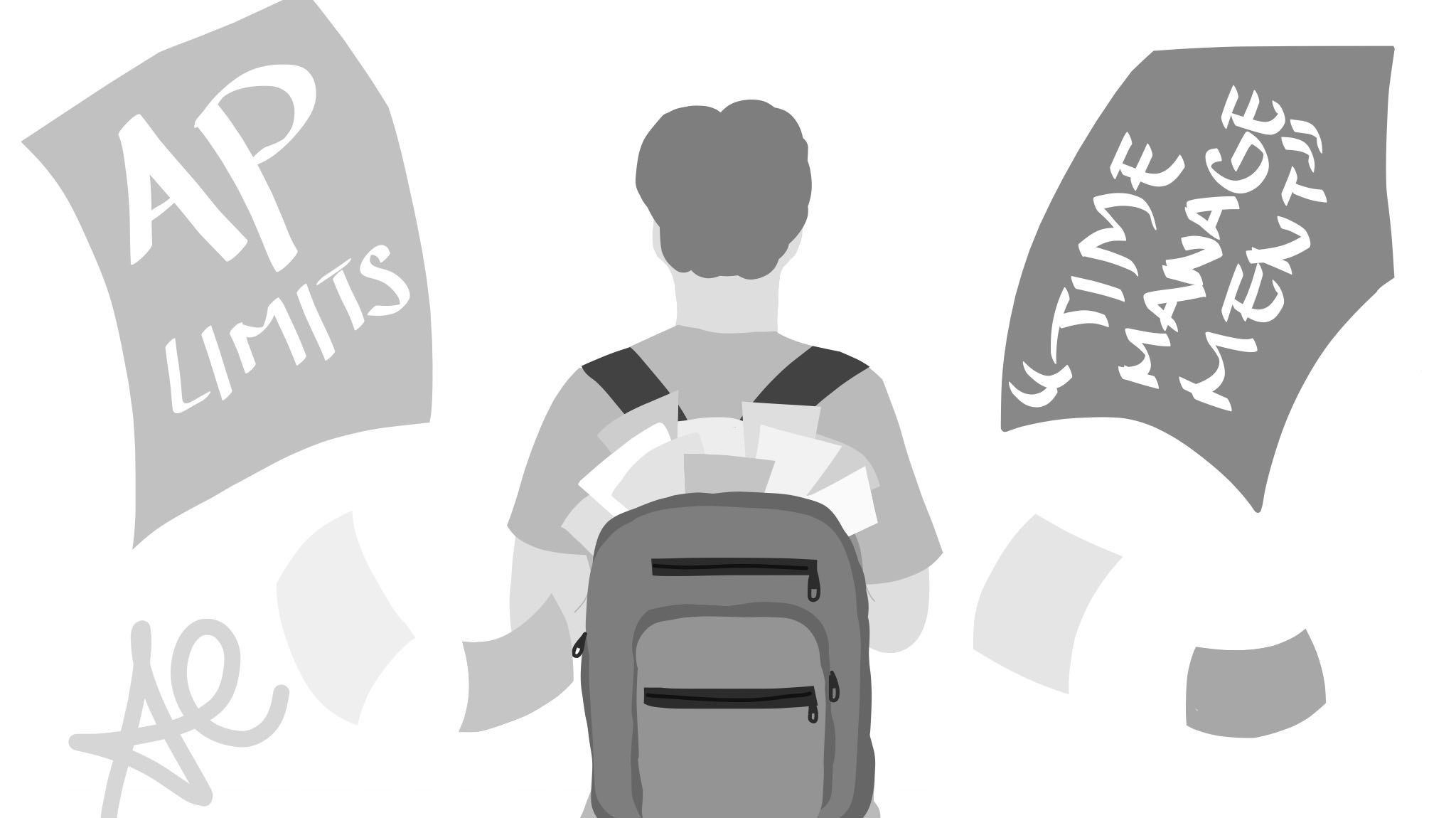 The commonly-accepted stereotype that Palo Alto students are incredibly stressed is usually accompanied by a mention of the strenuous course loads students in the Bay Area take on. The Palo Alto Unified School District (PAUSD) has created numerous systems to prevent students from signing up for workloads that may overwhelm them. Among these are the time management sheets distributed by advisers during course selections, and a policy stating that advisers must consult with students before approving schedules with more than two Advanced Placement (AP) classes on them.

While the sentiment is noble, neither of these achieve their purpose in any practical sense.

The time management sheets are, in theory, meant to give students a sense of what their commitments are for the next year. In an ideal world, a student would fill one of these out, realize that they have signed up for than they can handle in the coming school year, then make changes accordingly.

However, not only is this required practice merely monotonous work that students often resent being forced to do, the time estimates that are used to fill out these sheets are not always accurate This system does nothing to help students organize or plan out their time, and has not realistically made a dent in the issue of student stress.

The second way to prevent incredibly difficult schedules from being approved is the two-AP rule, stating that teachers must consult with all students requesting three or more APs before allowing the request to go through. Though it sounds like a fine idea, this policy is enforced inconsistently at best. Depending on which adviser a student has, the policy may not be enforced at all, or alternatively may be enforced so strictly that the student’s schedule will not get approved at all.

“I wanted to take three APs next year. I’m taking two APs this year. Then my adviser told me that because I didn’t have As in both of those APs I would have to drop one of them. He wouldn’t approve my schedule otherwise. I ended up having to drop one of them.”

The fact that a system made to cap the amount of APs a student can take routinely fails to prevent absurdly difficult schedules from getting through while also inhibiting academic difficulty speaks to its absolute inefficacy.

It should also not go unnoticed that, while these ineffective systems remain in place, the number of APs a student can take is increasing. While there was previously no AP option for junior year English, AP Language’s introduction will likely increase the average number of APs on a junior’s schedule next year.

While most can agree that reducing student stress should be a high priority of both the administration and PAUSD, these ineffective half-measures are not the correct way to go about it. One of the largest, most consistent problems faced by the District cannot be dealt with by clinging to systems that have been proven ineffective time and time again.

The school cannot have it both ways: either the AP limit policy needs to be a hard requirement for students, or it should be eliminated altogether. Though neither of these solutions are ideal, they are both far better than continuing to allow a student’s schedule to be determined entirely by which adviser they got at the beginning of sophomore year. What matters the most is that whatever policy the District settles on.