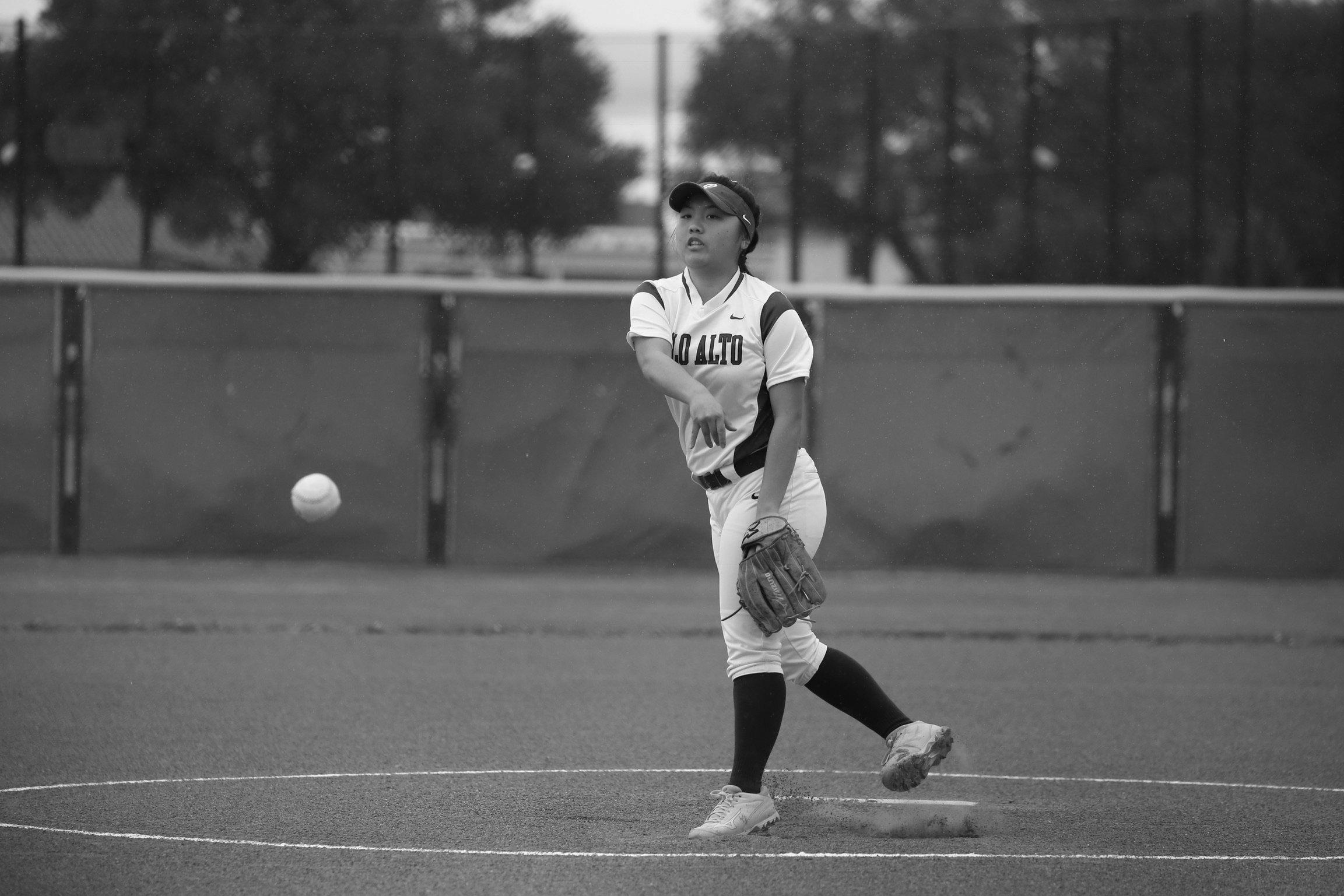 n the current record of 5-5, the varsity girls softball team strives to tip the scale and collect more victories. According to junior and team captain Sydney Liu, the team is already on the road to improvement.

“We started off  the season a bit shaky, as we were mostly playing teams above our league,” Liu said. “Luckily, we’re only a few games into league, and we’re only getting better as the season goes on.”

The varsity team’s recent game against Lynbrook High School on April 12 was an impressive win by a score of 5-3.

“I feel like we played very well against Lynbrook, especially considering our head coach had been gone the entire week and our assistant coach, [Mackenzie Glassford], had to take the reigns that week,” junior Abby Black said.

According to Liu, practices before a game tend to be intense and more of a practice game.

This type of training and teamwork plays a key role in the team’s success.

“Most of our victories this year have been a result of us feeling confident and having a lot of energy from the start of the game,” Liu said. “A huge part of softball is the mental aspect, so being mentally checked-in at all times also greatly contributes to our victories.”

According to Liu, the team hopes to qualify for Central Coast Section (CCS) this season.

“Last year was the first time in years that Paly softball made CCS, so it would be amazing if we could continue the success,” Liu said.

The junior varsity team has started out with a tough season with an overall record of 2-8.

Both teams will play home games against Marin Catholic High School on April 21.

“In some of our games we haven’t been playing our best, but we seem to always pick it up in the end and even come back and win,” Black said.