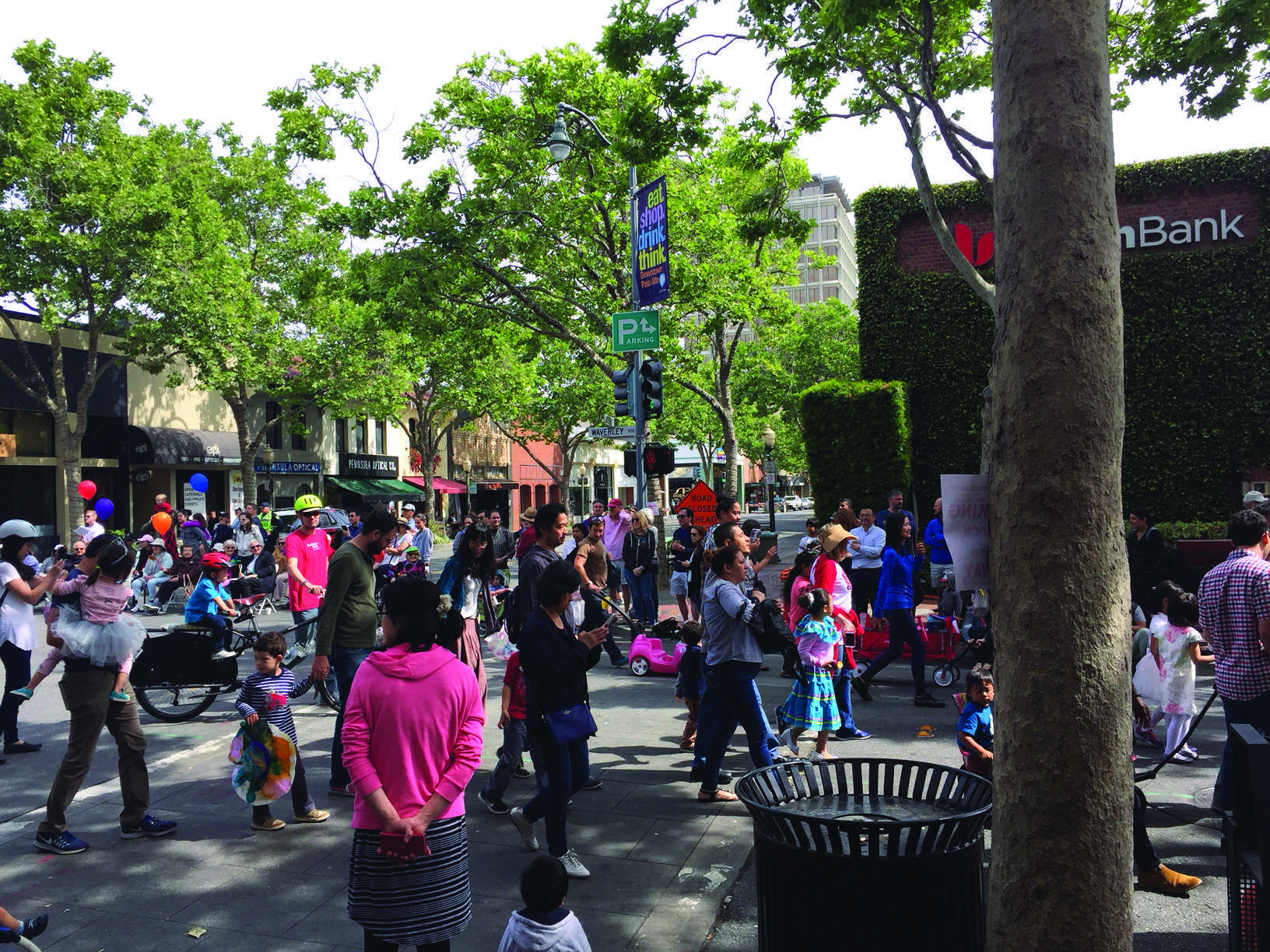 University Avenue teemed with hundreds of spectators and people pushing homemade parade floats as the City of Palo Alto hosted the 98th annual May Fete Children’s Parade in the downtown area on Saturday, May 5.

The parade began at 10 a.m. on the crossroads of University Avenue and Emerson Street. The procession then headed east, down University Avenue, before turning right onto Waverley Street and ending at Heritage Park.

Among the crowd were young children dressed up festively with their parents, curious bypassers and high school students from both Paly and Gunn who were part of the band or cheer squad performance.

The May Fete Children’s Parade is an event rooted deep in Palo Alto’s history. The first parade was held in 1920 when the Community Center Commission sponsored it as an official city event. Ever since, the children’s parade has grown in popularity and has been held annually on University Avenue.

“All three of our kids have been involved in the parade for 10 years, and it’s been a really enjoyable experience,” Palo Alto parent Megan Winslow said.

This year’s theme was “Children of the World,” and the parade focused on celebrating the city of Palo Alto’s diversity and inclusivity.

After that, a poll is sent to all city staff to vote on one theme. Once the theme is decided, it is then reviewed by the Community Services Department Director for the final approval.

“Staff in Recreation come up with theme ideas that represent the community and its values,” Palo Alto Community Services Manager Sharon Eva said in an email. “We then we send out a poll to all staff to ultimately decide what the theme should be, once the theme is chosen, we get the final approval from our Community Services Department Director.”

According to them, Neighbors Abroad “represents the City of Palo Alto in its relations with its eight sister cities around the world to support education, culture, commerce and sustainability.”

The purpose of sister cities is to promote student exchange programs, travel, partnership and diplomacy.

“It’s great to see the community come together to support all student bands and floats. The Paly band always has fun playing music as well as shouting during our performance. [Afterwards,] some band kids will stick around and hang out together and enjoy the food at the parade as well as local restaurants.”

The parade concluded at Heritage Park, where the Museum of American Heritage held its fourteenth annual vintage car show.

The museum also organized the Family Festival, an event with family-friendly games and activities that went from 9:30 a.m. to 2 p.m.

“I think the parade went really well,” said Javod Ghods, a parade volunteer. “We had seven bands and some new schools that joined this year. It was a successful event, and we look forward to having it again next year.”