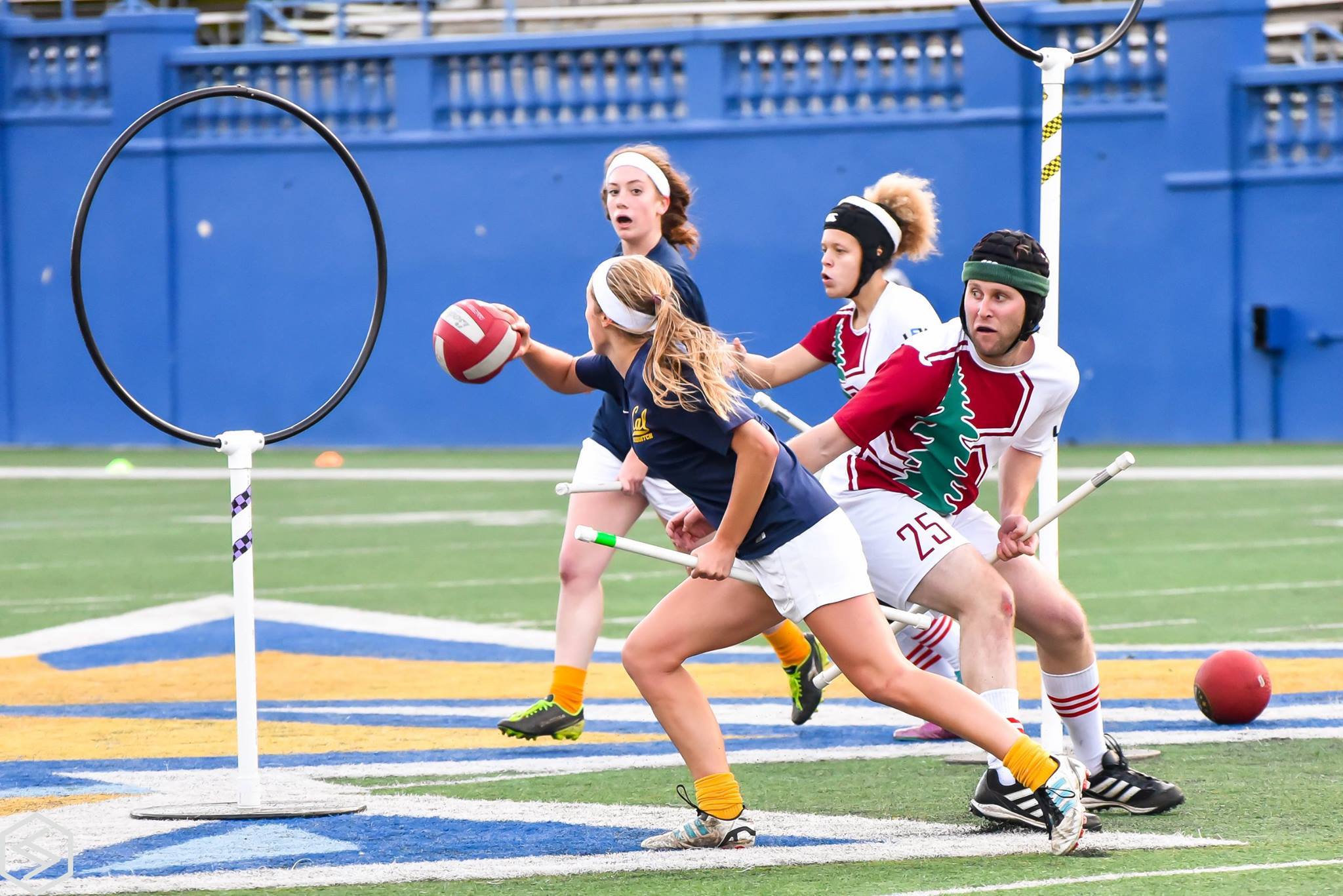 It is an odd day when the only gender-inclusive contact sport in the world is intended to take place 50 feet in the air on broomsticks. Initially, quidditch was a sport played exclusively within the pages of “Harry Potter.” However, in 2005, the first real-life quidditch match took place at Middlebury College in Vermont. Since then, quidditch has spread across the world and merited the creation of multiple governing bodies, such as U.S. Quidditch and the International Quidditch Association.

The lack of flying brooms and a winged golden snitch begs the question: what is real-life quidditch? According to senior and Stanford Quidditch president Kyle Lin, it’s based on the fictional game but adjusted to real-life limitations.

“[It’s] an adaptation of quidditch from the actual Harry Potter series, but it’s kind of evolved in a way so that it’s very much playable like any other competitive sport,” Lin said.

In fact, the rules and gameplay draw inspiration from sports like rugby, soccer and tag.

“It’s a mix of a lot of sports that already exist,” Lin said.

One of the key elements that has made quidditch unique is its mixed gender teams.

“I think it’s been one of the sport’s goals as an organization to be a leader in gender inclusivity, and we have the advantage of being a new sport.”

In order to promote equality and inclusivity within the sport, U.S. Quidditch has adopted Title Nine and Three Quarters — a reference to both the mystical train station in Harry Potter and Title IX. The government policy dealing with equality for all different types of people in sports.

As well as Title IX, written into quidditch is a “gender maximum” rule: out of seven players of one team on the pitch, there can be at most five of any one gender.

According to Stanford Quidditch Vice-President Niza Contreras, even with the progress made towards gender equality, the sport still has a ways to go.

“Our team and most teams unfortunately tend to be mostly male players,” Contreras said. “People use that as a strategy.”

Strategy is critical in quidditch, a sport where there can be as many as 14 players and five balls on the pitch at once. The positioning of the defensive and offensive players – known as beaters and chasers respectively – is crucial. Chasers are the goal scorers of quidditch and are protected by beaters, who fend off opposing players and play more aggressively.

As a beater, Contreras always plays with a male counterpart to avoid the worst tackles and collisions. Given that most beaters are male, her opponents are typically larger than her.

“When you have a 6 foot 3 man who’s large coming at me, it’s not some place you want to be,” Contreras said.

“One of the disadvantages that quidditch has is that people see grown people running around with brooms … they think ‘oh my gosh, what a bunch of nerds, what a bunch of losers,’” Bagwell said.

With 200 teams in the US and over 450 worldwide, quidditch seems to be outgrowing its label as a niche sport.

“Every year [U.S. Quidditch] refine[s] the rules,” Contreras said. “They’re trying to make it a sport that’s recognized as a real sport and not just something to laugh at.”

At first glance, it certainly seems like a joke: teams play a complex mishmash of sports while clutching a broom between their legs. Still, quidditch players want respect.

“It is a real sport. People really care about it, people get hurt.”

One of the most difficult aspects of collegiate quidditch is the fact that incoming freshman have no experience. Unlike more popular and conventional sports, middle and high school quidditch teams are relatively scarce, which contributes to the stigma surrounding the sport.

The quidditch community has recently expanded to begin working more with younger kids in outreach efforts: workshops, programs and summer camps have contributed to the rising popularity of ‘kidditch’.

Due to safety concerns, rules are often adjusted for younger players.

Quidditch players say the sport is worthy of general acknowledgement, and that starts with students, according to Contreras.