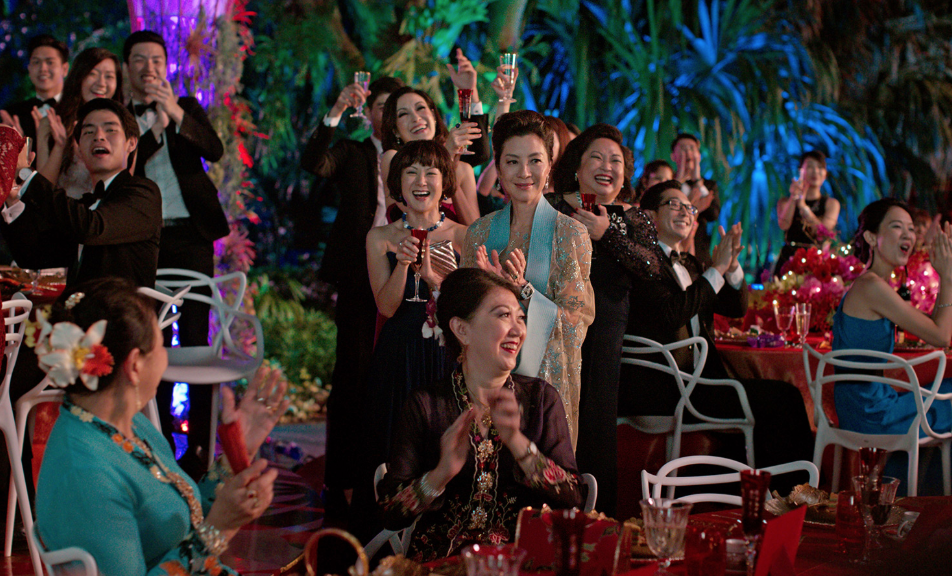 After “Black Panther” hit theaters with roaring success earlier this year, no American film was expected to garner such a positive reaction­-­­ that is until the arrival of “Crazy Rich Asians”, directed by Silicon Valley native,  Jon M. Chu.

Growing up in Los Altos Hills, Chu had first hand experience with many of the issues depicted in the film, such as trying to meet the expectations of an Asian family while pursuing one’s individual passions in a quickly modernizing world.

Chu was one of the first Asian Americans of his time to make a name for himself in Hollywood. Once he made his directorial debut with the premier of the 2008 hit comedy “Step Up 2,” his directing career took off.

“Crazy Rich Asians” captures viewers from all generations, depicting the life of a stereotypical ‘rich Asian’ in the United States. The film has become an international sensation, being the first movie since 1993’s “The Joy Luck Club” to feature an entirely Asian cast. According to The Spokesman Review, the new romantic comedy surpassed $40 million in revenue in its first ten days in theaters, and earned a 93 percent rating on Rotten Tomatoes.

“I think this is a very pivotal time for Hollywood and just films in general to have a movie with an all-Asian cast gain so much attention,” senior actress Annie Tsui said. “I’m really happy that this is happening, because for a while, Asian representation has been overlooked by the media.”

The film features two main characters, Rachel Chu and Nick Young, played by Constance Wu and Henry Golding, respectively. Wu is an American actress with Taiwanese parents who has been involved in American television since her debut in the 2012 web series “EastSiders,” and later in a hit ABC Comedy called “Fresh Off The Boat.” Golding, a British-Malaysian actor and model, can be recognized from the BBC’s Travel Show and more predominantly in the American film “A Simple Favor.”

“[Crazy Rich Asians] was well deserving of all of the publicity it received,” said math teacher Daniel Nguyen. “I’m not sure it can depict typical Asian-American life because it’s about crazy rich people and because I don’t think it’s possible to encapsulate the diverse experiences of [all] Asian-Americans in a single piece of work. That said, it touched upon issues that everyone grapples with such as the balance between upholding traditional family values and thriving in a rapidly changing world.”

Since the dawn of Hollywood in 1853, the American film industry has featured predominantly white casts, directors and producers. However, this monolithic perspective seems to be fading in favor of films that emphasize stories and characters that resonate with a more diverse audience.

“The new era of cinematic diversity is sprouting in bits and pieces to finally account for the diversity that exists in our world today.”

While the number of successful movies in this century with a predominantly Black cast can be counted on one hand, “Black Panther,” released in February, quickly became the third top-grossing title ever according to Hollywood Reporter. This proves that a new wave of audiences are craving relatable characters and unexplored perspectives.

“I think the growing awareness in the general population of celebrating diversity and people of all backgrounds will be reflected in future media as Hollywood will try to mirror society’s ideals,” said junior Ella Jones. “Eventually we will trend away from Eurocentrism.”

As the film industry begins to break down conventional norms of the typical portrayal of American life, audiences are following suit. In recent years, Asian-Americans have been attending movies at a much higher rate and even had the highest per-capita attendance in American theater out of any ethnic group in 2017, according to Fast Company.

“I appreciate the importance of demonstrating to Hollywood that films with an all-Asian cast can be successful.”