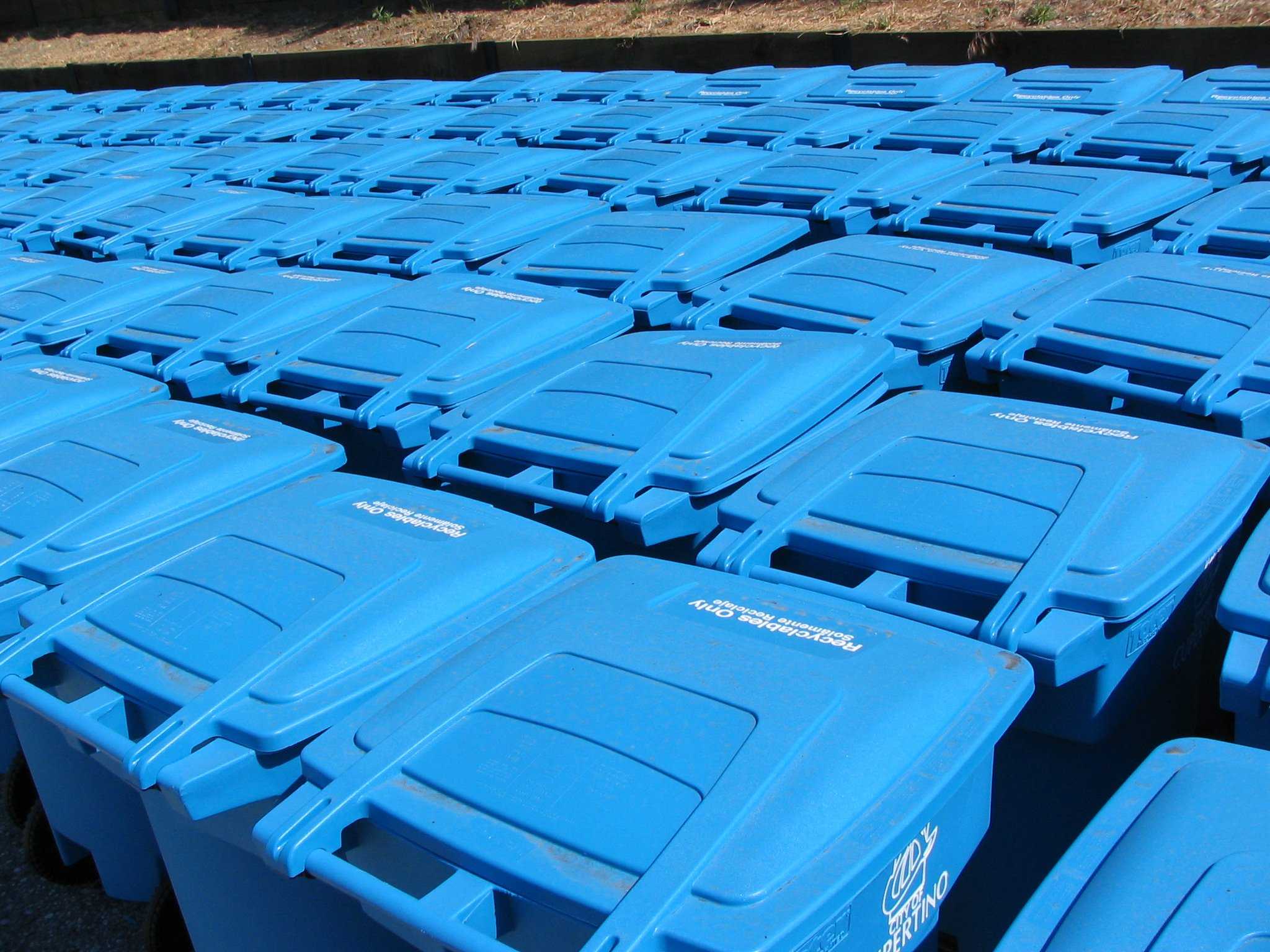 Observe the trash cans in your backyard closely: a green, a blue and a black can, each with its own identification number. Green is for compost, blue is for recycling and black is for trash. On one morning every week, three trucks swing by at 6 a.m., 7 a.m. and 8 a.m. to empty the three cans from each household.

In 2014, the city of Palo Alto initiated a pilot program to sort residents’ weekly waste into three categories: compost, recycling and trash. According to the City’s Financial Comittee, the goal of the program is to “divert more landfill-bound garbage into the compostibles bin, to lessen greenhouse gases by reducing the number of trips by trucks picking up and hauling the garbage and to make the sorting of waste simpler and thereby changing people’s behaviors.”

California produces several million tons of green waste per year, making up a significant portion of its  waste stream, according to GWR.

Upon arrival at GWR, the yard trimmings collected by the green trash cans first undergo a screening process on a conveyor belt, which shakes all the dirt off of the material.

Employees at GWR then conduct a manual screening process by pulling out contaminants such as plastic, metal, glass or landfill. These contaminants are transported to other facilities responsible for treating those materials.

Then, the green waste is transported to an electrical grinder, powered by a renewable energy source produced onsite. According to GWR, the grinder pulverizes 40 tons of green waste every day from cities in Santa Clara County and San Jose County into mulch and wood chips.

Finally, the product is taken to a processor in Gilroy to start a 60-day treatment converting the mulch and wood chips into compost, which can be transformed into soil amendments. Composts are often applied to crop fields growing lettuces and strawberries.

According to a GWR video explaining the technology of its yard waste facility, the sorting of yard waste is actually quite new for the garbage and waste industry.

“We are always implementing pilot programs and looking for ways to add new technology in the services we provide.”

“The process is really convenient for us, because of the help of technology. I drive to San Jose, and the trash is weighed on an electronic scale and separated. There are many trucks coming from the county, but they get the sorting done really quickly.”

Once the collection truck drivers empty the trash, employees from the facility will perform a preliminary round of screening to remove contaminants, such as glass and shredded paper, that can later get caught in the machines.

The materials are then loaded onto conveyor belt to undergo multiple stages of screening and sorting. Using a series of rolling disks, the Old Corrugated Containers (OCC) separate the mixed debris of papers into three categories: shredded paper, cardboard paper and newspaper.

Plastic wastes are separated by an infrared screen into three groups: beverage containers, colored plastic containers and other plastic wastes.

After each screening process, GWR ensures the quality and purity of the sorted products by introducing one round of quality control in which employees at the MRF will manually remove any contaminants that the screens are not able to separate. Upon completion of the screening process, the sorted materials are bailed and sent to different end users, such as plastic processors and paper mills.

There is also a garbage MRF designed solely for non-recyclable garbage that is thrown in the black trash can.

In January, Zanker Recycling implemented the ZRR2 Robot, the first artificial intelligence trash sorting technology on the West Coast of the U.S.

In a statement to the public, Zanker said the recycling company currently processes approximately 2,600 tons of construction debris daily. The large quantity of trash limits the efficiency of systems inside the treating plant, since it takes some time for employees to conduct the manual quality checks after the screening processes.

“The advantage of deploying AI robotics to recycling differentiates Zanker from our competitors. In this case, it means identifying the sweet spot where a hybrid mix of our employees and robot delivers the biggest payback, both to the bottom line and also to our employees while increasing the diversion of recyclables.”

The ZRR2 AI System, according to Zanker, will “operate 20 hours per day with total system production at 150,000 tons per year.” With the implementation of AI technology, the sorting process and quality control will require significantly less amount of manual labor while being able to work for longer hours.

Dane Campbell, the ZRR2’s System Engineer said, “This will be the most advanced waste material processing facility in the world. We have combined the very best equipment available, into one fantastic recycling system for Zanker.”