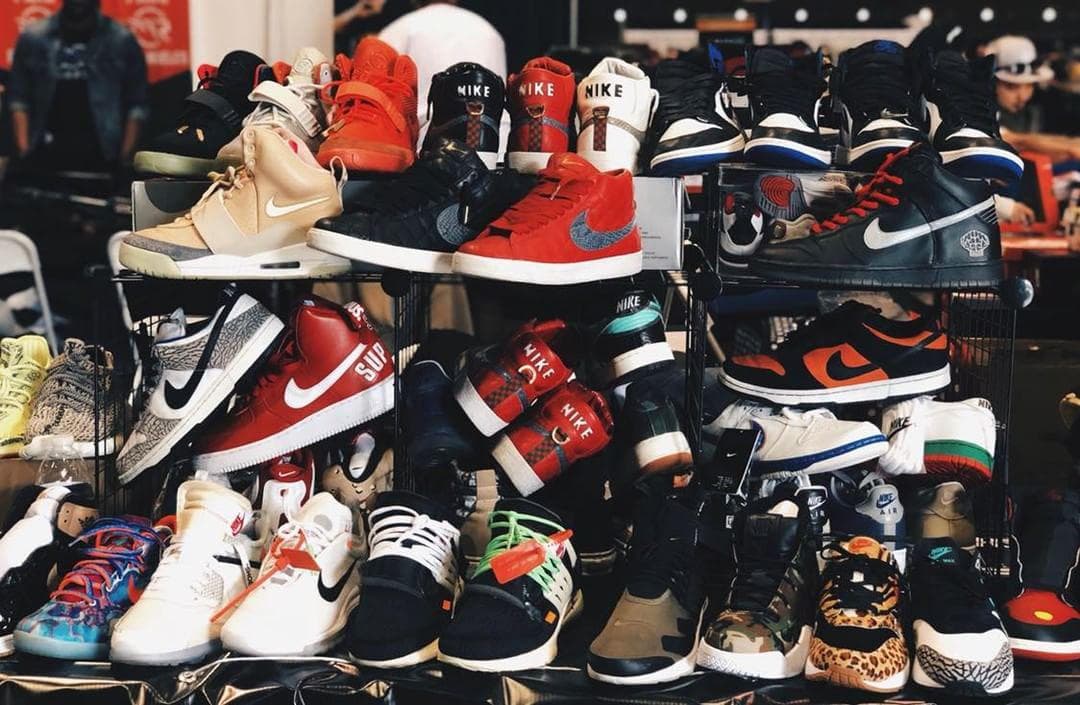 Brands like Supreme and Off-White are often spotted on Paly campus. According to Hypebeast.com, streetwear culture has shown a massive increase in recent years. This has lead to a growing secondary market culture based on the buying and selling of streetwear items for profit.

The streetwear community has been rapidly growing, as shown through the increase of streetwear brands like Anti Social Social Club and Supreme which were recently being bought out for $1 billion by the Carlyle Group. This is increasing the amount of luxury brands getting involved, such as  the Louis Vuitton Supreme collaboration and Louis Vuitton’s recent hiring of streetwear designer Virgil Abloh as Men’s clothing Creative Director. The culture revolves around the hype of limited drops of clothing and sneakers.

Reselling can cause items to skyrocket in price once they hit the secondary market, sometimes tripling in price.

With demand growing for the streetwear industry, many have capitalized and have begun to resell streetwear, shown through the growth of stores and websites such Flight Club, and StockX.com.

Senior Chris Martinez said that he was introduced to resale culture at an early age through family.

“My older cousin introduced me to retro Jordans and other limited sneakers in elementary school. I was interested in getting hot releases and shoes that not all people could get because of the limited amount of shoes produced.”

Although the sneakerhead and streetwear communities have changed over time, longtime sneakerhead and part- time reseller Christian Rene’ Esdrelon shares similar stories to both Martinez and Bloom.

“I got into sneakers through my cousins, who were into a lot of older Jordan retro releases,” Esdrelon said. “I looked up to them as a role model; I just wanted to be like them, which included what they wore and sports they played, specifically basketball.”

Streetwear and reselling both rely on one another in order for both cultures to continue developing.

Some streetwear enthusiasts use reselling sneakers and streetwear as a method of earning money to fund further streetwear purchases.

“I started reselling so I could buy more and more shoes and clothes, because at the time I was too young to get a job, so it was a good way to earn money,” Bloom said.

Reselling has become more accessible and has led to a more appealing image for the hobby. Reselling sneakers or clothing is a way to earn fast cash due to the high demand for these products.

“Being a reseller isn’t easy, but I feel that it is very possible for anyone as long as you have the right knowledge and resources. In the social media era, learning to do something if you put your mind to it is valuable. There are books, blogs and videos on how to become a reseller. Personally, sneaker or streetwear heads becoming resellers is something I don’t mind. However, hypebeast  culture sometimes rubs me the wrong way.”

Some Paly students have pounced on this opportunity. Teens have seen this as a possible way to earn cash, and have become young entrepreneurs.

“I got into it when I noticed it was profitable and easy before everyone else began to do it,” Martinez said.

The fast-growing resell culture also has its downfalls. Many streetwear enthusiasts say it has over-saturated the streetwear market with easily accessible streetwear items and sneakers. Some believe the culture has been negatively affected by this  lack of exclusivity.

“The rapid growth of resellers has definitely changed the sneaker and streetwear communities drastically. Money has definitely been the focus of reselling through this community has made a huge turn around in profit. Despite making profit, I feel that the culture is truly hindered by this … A lot of resellers just care about the money rather than the actual release. This prohibits people who actually want the shoe to get it at retail price rather than resell.”

The growth of the reselling industry has allowed an influx of many items at higher prices.

These increased prices can take away chances for people who truly want these products at retail prices.

Bloom said, “It’s good and bad because now the resell market is so big. A lot more items are very easily accessible, so brands like Supreme or a pair of Yeezys are stuff that everyone has, which kind of takes away the exclusiveness and uniqueness of those things  which is a little annoying because now if you wear Supreme you become associated with a lot of hypebeast posers.”