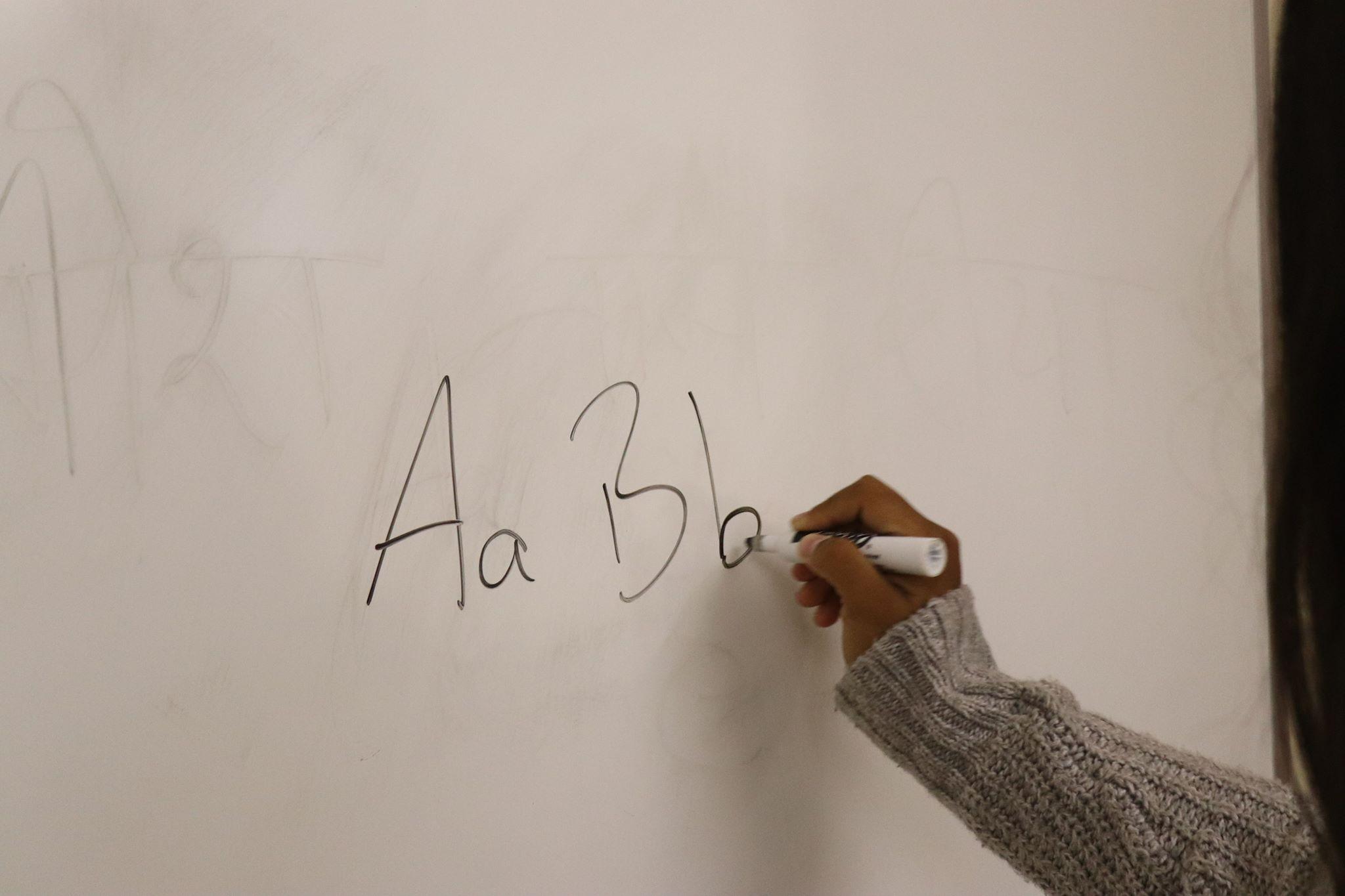 When moving to a new country, it is difficult for someone to learn the native language and become accustomed to the new way of life. Being unable to pronounce words correctly may cause close-minded people to question their intellectual abilities, even if knowing one language as opposed to another is not an accurate representation of abilities, according to junior Amanda Lehes.

Students within Paly have experienced this transition to learning English in the U.S. when they originally came from a different country.

Lehes moved from Sweden when she was only in fifth grade, but ultimately chose to take a full year off from school in order to give herself the time necessary to completely adjust to the brand new country with a foreign language.

She dove into learning English by picking up different types of books, particularly manga, and today still recognizes books and reading as the most useful tool in her understanding of the English language.

After becoming proficient in English, Lehes started school in the Palo Alto in sixth grade.

However, despite her strong work ethic and dedication to transitioning in America, she said coming from a vastly different environment made it hard to adapt and she found it difficult to fit in with the language barrier inhibiting her means of communication.

Although being bilingual could be a valuable trait as it allows one to connect with people who speak both languages, it can also be a burden, according to Lehes.

“I don’t know if it’s an advantage,” Lehes said. “It’s been tough switching [languages]. When I’m tired and under stress, I tend to revert back to Swedish, and sometimes I say the wrong thing or forget an accent.”

In addition to learning English, Lehes is currently taking Spanish courses at Paly, putting her on the path to becoming trilingual.

“Tackling three languages is not easy, especially because at home, my family and I still speak primarily Swedish,” Lehes said.

Even though many struggle with finding a home in a foreign place according to Lehes, it is especially hard for those who do not speak the native language. However, after being around a certain culture long enough, senior Yue Shi said she started to adapt to societal expectations and language trends.

From China, Shi said when she first came to the U.S., she was at a major disadvantage because she could not understand English nor basic social norms, both of which made it difficult to make friends and earn good grades.

However, after enough time, Shi realized that being bilingual can be beneficial, and began to learn English as her second language.

“Even though it was difficult for me to learn English when I first moved here, I believed being bilingual would be helpful in the long run.”

Shi said she learned English through memorizing vocabulary, watching TV shows and attentively listening to peers and teachers in order to adapt to the American culture and learn the language quickly.

Like Shi, junior Arnold Wu spoke Chinese as his first language. Wu was only five years old and still living in China when he first began to learn English, making it easier for him to become fluent. He said he learned the language through essay writing,  reading, reading comprehension practice, school and private tutoring.

Although Wu moved to the U.S. four years ago, he was fluent before he arrived, which he said helped him adjust life in the U.S.

“Personally, I think I am at an advantage being fluent in both Chinese and English because I feel that it would help me in my future careers,” Wu said. “I am now able to communicate with different types of people who speak either Chinese or English.”

Senior Celine Boissy grew up speaking French, Spanish and Kaqchikel, one of the Mayan languages of Guatemala, and moved to the United States from Guatemala approximately three months ago.

Boissy attended a Spanish-speaking middle school and didn’t fully develop her English skills until a few years later through many tutors, constant practice and frequent exposure to the language through hearing people speak it.

Even though she has had much practice, she still has some trouble in speaking English fluently.

“When I’m around fluent English speakers, I become more conscious about my word choice and can get jumbled up,” Boissy said.

According to Spanish teacher Pilar Badillonovas, the most effective way to learn a language is by practicing the language as much as possible. This especially applies to learning how to speak and apply the new language in real life.

“By far the hardest thing when you learn a new language is speaking,” Badillonovas said. “People tend to be shy to speak to other people and to make mistakes, but speaking is the best way to play with the new language and to get instant feedback. Mistakes are part of the process of learning and a good proof that you are trying.”

Although Boissy said she has experienced minor rough patches in the path to becoming fluent in all four languages, with enough practice, she should be able to accomplish her goal.

According to Boissy, knowing multiple languages comes with helpful advantages, making her more motivated to gain the multilingual status.

“I always felt that I needed to read more, learn more vocab and push myself more to reach the ‘American standard.’ I believe that it is really helpful to be fluent in multiple languages. You can meet more people and see the world in a different perspective.”