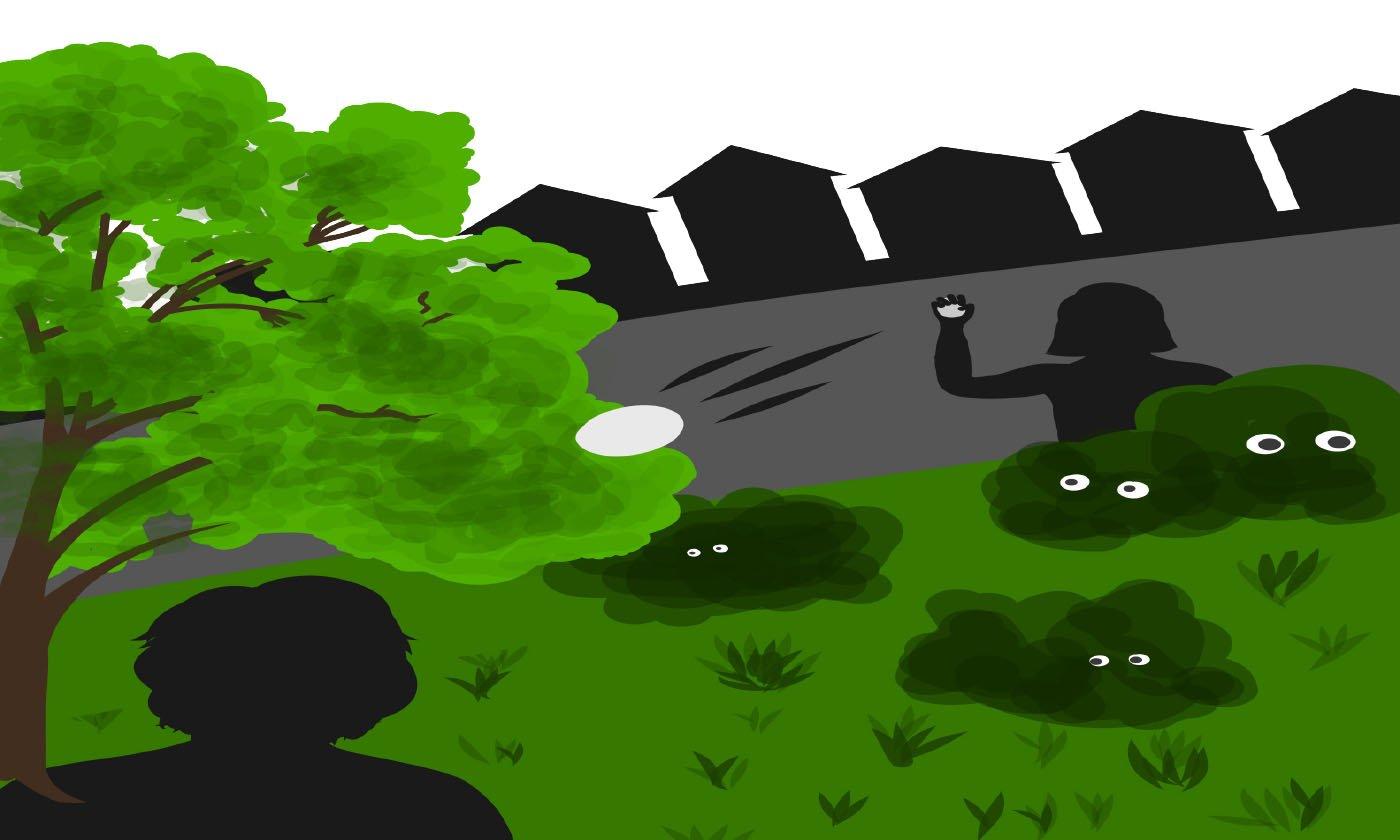 The experience of egg wars is thrilling,” senior Ben Civjan said. “I remember running through the park with other juniors while eggs flew by me.”

Egg wars is one of Palo Alto High School’s student traditions. During each Spirit Week, seniors and juniors have an egg fight against each other, which adds to the intense rivalry between the two classes. Although egg wars is during Spirit Week, it doesn’t count towards the student class competition, and there are no winners.

Egg wars, unlike like other Paly traditions, is also completely student run. The senior class determines the time and location of the war and announces it just before the battle takes place, allowing them to arrive earlier and map out the park before the juniors show up. The seniors also have the advantage of experience from having participated in egg wars the previous year as a junior class.

As Spirit Week approaches, the tension between the upperclassmen continues to rise.

“The junior class is super spirited this year, and the seniors better watch out during egg wars,” junior Tyler Varner said.

As a junior, this is Varner’s first year participating in egg wars. However, she has heard many stories from her older brother, who was part of the senior team last year.

“Last year my brother and his friends had to take a trip to the emergency room because his friend ran into a pole,” Varner said. “But, he still claims egg wars is one of the best parts of being an upperclassman.”

Since juniors are new to the wars, it can be difficult for them to prepare for it, as many don’t know what to expect.

“I don’t know how to physically prepare for egg wars,” Varner said. “But I feel with some light training I will be prepared when the time comes.”

While some juniors are nervous, like Varner, others are confident in their ability to perform at the top level on the battlefield. Junior Ben Gordon said with help from the movie “Dodgeball”, he will excel during egg wars.

“My plan for egg wars is to use the five D’s of dodgeball: dodge, duck, dip, dive and dodge,” Gordon said.

In addition, Gordon said mindset, rather than physical shape, is the key to doing well during the event.

“I don’t need much preparation,” Gordon said. “I have what they call a bulldog mentality, which means I have no fear and am always ready to get dirty.”

Like any other competitive event, an important aspect of egg wars is participation and dedication. The class with the best turnout and strongest commitment to the fight will likely come out on top. Junior Faisal Ojjeh said the juniors will win egg wars due to their spirit and dedication.

“My plan for egg wars is to use the five D’s of dodgeball: dodge, duck, dip, dive and dodge.”

“I expect the seniors are going to come in hot because they have a lot of talent right there, no doubt,” Ojjeh said.  “However, I think the juniors got the heart and in the end will come out victorious.”

Ojjeh said he has also started preparing for the battle and has planned out his strategy.

“I’m going to be packing light, which makes me more mobile,” Ojjeh said. “It’s enemy versus enemy out there on the battlefield, and my only friend is the egg I have in my hand.”

Although Ojjeh plans to be aggressive on the battlefield, he said he still is grateful to be a part of the annual event.

“I am looking forward to being a part of a good and fun Paly tradition,” Ojjeh said.

Civjan, who competed in egg wars last year, said his strategy this year will allow him to be more effective.

“My plan is to get a little cardio in before the wars, just to make sure my body is ready to function at its full capacity,” Civjan said. “I’m going to make sure to bring a lot of eggs and try to ambush the juniors.”

Last year Civjan said he, as well as the rest of the junior class, was underprepared and under armed. Based on his past mistakes, Civjan said he has created an improved plan to allow him to perform better in the fight.

“I think the biggest change I’m going to make is in hiding, because  staying quiet and sneaking out of the shadows will lead to a lot of success in the egging,” Civjan said.

However, Civjan is not underestimating the junior class, despite his confidence in the seniors.

“I think this year’s egg wars is going to be one of the best ever,” Civjan said. “We’ve got a high level of competition between the senior and junior classes, and I really think that’s gonna play out on the park this year.”

The heart, dedication and skill of the junior and senior classes will be tested when the night of the egg war comes. The experienced seniors look to destroy, while the rookie juniors hope to prove themselves.

“Egg wars is a test of how much spirit the junior and senior class has,” senior Teagan Felt said. “The class that wants it more will dominate on the battlefield.”