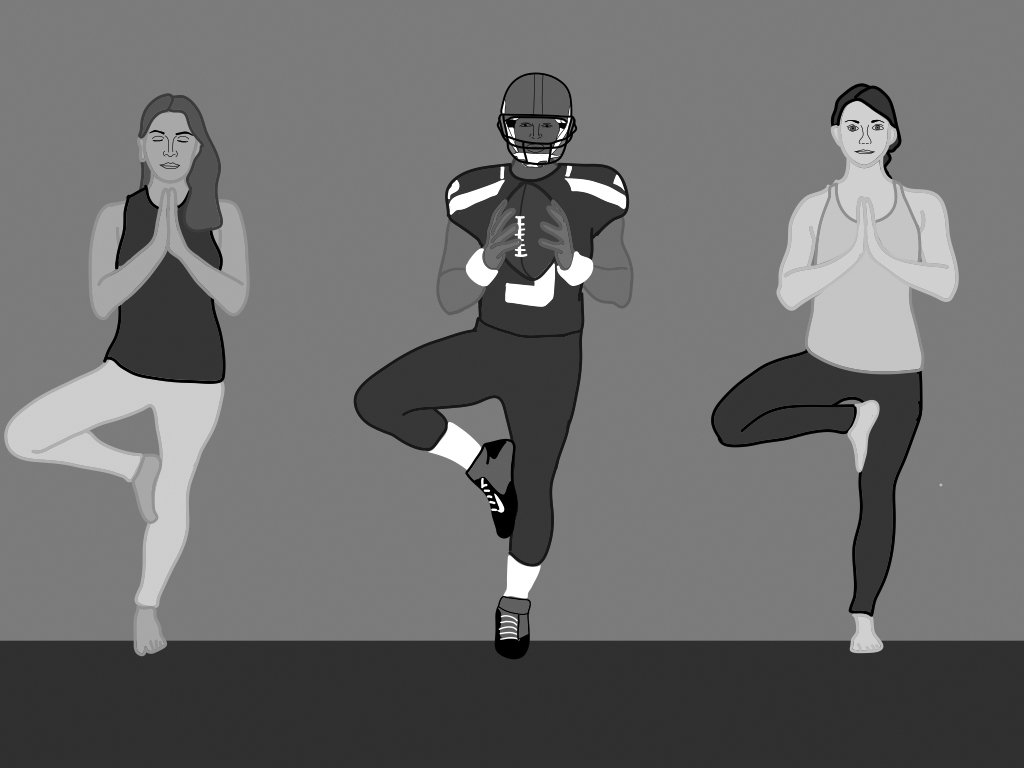 For a brief year, the introduction of yoga was a seemingly ideal alternative to physical education (P.E.), granting students the opportunity to choose a form of exercise that focused on mental health, relaxation and stress maintenance instead of physical exertion. However, the return of this course as well as other P.E. alternatives has also brought a significant flaw: the exclusion of preps.

Offering over 25 sports, with generally two or more teams within each, Paly’s prominent student athlete presence is no surprise. Practices, including transportation, take at least two hours each weekday, not including games or meets, which are even more time consuming. In order to support students who would otherwise struggle with balancing sport, school and other extracurricular activities, free periods (preps) are offered in place of P.E.

Paly has since offered alternate courses in place of P.E., including athletic conditioning, dance and yoga, all of which previously also offered preps to student athletes. However, those benefits ended.

This unfair revocation not only discourages student athletes from considering other forms of physical education that might better suit their goals or needs, but also serves as a disadvantage to those who chose to take them.

Students dedicating such a significant amount of time towards sports are left to juggle their academic, family and extracurricular obligations without the aid of a free period. This often forces them to work late nights and subsequently lose sleep, a severe detriment to an adolescent’s health.

In order to minimize stress levels and workload, students are deterred from taking courses that aim specifically at areas that would most benefit them rather than P.E., which offers a more general, vague overview of all physical education. For example, yoga is preferable for those who want to focus on flexibility and mental health, while athletic conditioning targets strength and endurance.

The lack of prep renders these options unavailable for athletes who require extra time and resources in order to achieve academic success.

Furthermore, it seems unreasonable that these alternatives are deemed viable alternatives to P.E., implying that they require an equal if not greater amount of exertion and effort, yet do not extend the same benefits.

This not only presents an illogical and inconsistent diservice for the students, but also suggests that these other classes are less rigourous or engaging, which is untrue.

If courses get the same credits that P.E. does, that means their curriculum is just as impactful. Therefore, students should be given equal amount of support as those who take P.E.

According to athletic conditioning teacher Jason Fung, the reasoning behind the sudden absence of preps is due to the consensus that students who chose to participate in a specialized course would not be able to sufficiently learn the content if they are absent for it.

“If a student takes dance and is not present, they can’t learn the dance,” Fung said. “If they make a conscious decision to take an alternative course, then they have to be present for it.”

However, this could be argued for P.E. as well, where the student would also miss out on specific curriculum, as it is divided into several units. Additionally, most sports only consume a couple of months from the entire school year, which would allow them to still adequately learn the skills of their chosen course. Forcing them to remain in class out of concern for their education is not only contradictory but also impractical.

It is the school’s responsibility to assist students in their academic goals and promote activities that contribute student success, including sports. By not offering preps to those enrolled in alternative courses to P.E., Paly excludes these students  from significant aid that is accessible to others.

All athletes should receive equal treatment and opportunities, starting with the reformation on prep policies so that all qualified students can receive a prep.