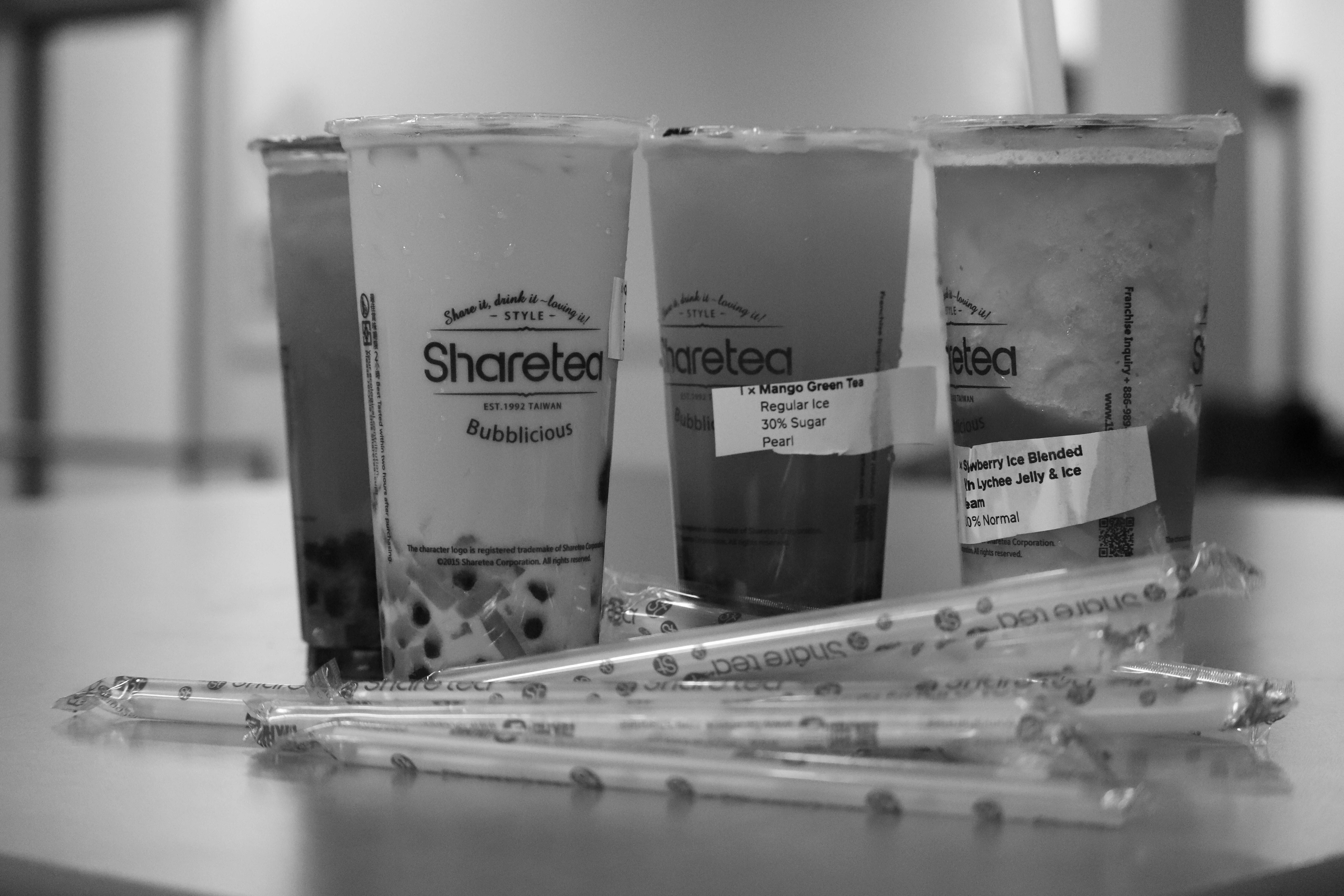 As a flock of mallard paddled across the shimmering lake, a plastic coffee cup bobbing in the water near the shore caught the eye of senior Evan Baldonado.

He bent down, picked it up with a gloved hand and stared at it for a moment, then added it to his bucket. By the end of the day, Baldonado had collected over a pound of plastic cups, plates and straws. While other volunteers might have felt proud, Baldonado knew his day’s take was just one of the 7 billion pounds of plastic scattered across the Western Hemisphere.

Baldonado is one of over 200 Paly students and faculty who are expected to participate in No Straw November, a national campaign adopted by Roots Club, Tapout Club and the Zero Waste Initiative to raise awareness about the dangers of plastic pollution.

The movement was established in 2017 by Shelby O’Neil, a high school student in Southern California, and members have collected over 9,000 online pledges to date. This year, Paly’s environmental clubs’ will collect similar pledges from students and faculty committing to refuse all plastic straws for the month of November and keep a tally of the number of straws they prevent from potentially polluting the ocean.

According to AP Environmental Science teacher Nicole Loomis, plastic pollution in the oceans is often mistaken for food by animals like sea turtles, fish and seals, impacting millions of marine organisms and, potentially, human health.

“Once you put plastic out into the ocean, and it starts interacting with sunlight and ocean, it [starts] to change its chemistry. Then, it may become something that is toxic or bad for the fish and also bad for you if you’re eating the fish.”

Loomis said the national conversation about plastic straw use and pollution began as the result of a viral video in which a plastic straw was pulled several inches out of the bleeding nostril of a sea turtle.

“[Everyone was] just so upset by this turtle that was struggling to breathe because it had a straw its nose,” Loomis said.

Sophomore Allison Wu, a member of the Zero Waste Initiative, said getting more people involved in No Straw November is an important step in mitigating the effects of plastic pollution.

“I hope No Straw November [will allow] people to become more aware of the amount of waste they generate on a daily basis,” Wu said. “One plastic straw does not seem like much, but they add up one by one and harm the environment much more than you think.”

Senior Galileo Defendi-Cho, a member of Roots Club, said while the clubs hope to combat plastic pollution on a larger scale, he hopes that the campaign will create a ripple effect.

“While doing something as simple as not using straws may sometimes seem useless and not worth the effort, a lot of small differences from many different people in many different places in the world are going to make a big effect.”

According to Loomis, straws are just one of several plastic items that the public thinks are recyclable yet, in reality, are not cost-effective for companies to process.

“In order to recycle something, you need a market to resell it that is profitable,” Loomis said. “Otherwise recycling doesn’t make sense as a business model.”

According to Wu, there is a simple and effective solution: reusable straws. Wu hopes the popularity of the campaign will make reusable straws a new trend.

“My wish is that people start to bring reusable straws of their own, especially if they buy boba very often,” Wu said. “There are many types of these straws someone could buy, made out of bamboo, metal, glass, silicon, or even just hardier, more sturdy plastic.”

The popular boba shop Teaspoon supports the reduction of plastic pollution by offering a 10 percent discount at all locations for customers who bring their own reusable cups, according to Assistant Store Manager Aryana Izadi.

Teaspoon does not, however, offer discounts for customers who bring reusable straws.

“They can just buy their own reusable straws off Amazon, and they can just bring that into [Teaspoon],” Izadi said.

Despite receiving some support from local businesses, No Straw November is not supported unanimously.

Following a controversial decision by the San Francisco Board of Supervisors to ban the sale and distribution of plastic straws, some students criticized the measure, claiming it disregarded people with physical disabilities who require straws to drink on a regular basis.

“Students who do use straws should not have to explain why to others. Disabilities that require the use of plastic straws are more common than people think, and nobody should be in the uncomfortable position of having to explain that to someone else.”

Baldonado hopes that any controversy around the movement will become an opportunity for the Paly community to discuss the issue of plastic pollution.

Baldonado said, “Critics may dismiss No Straw November as insignificant because it’s just straws, but this movement is about so much more—it’s about plastic pollution as a whole, and I think it’s very effective at getting conversations started.”