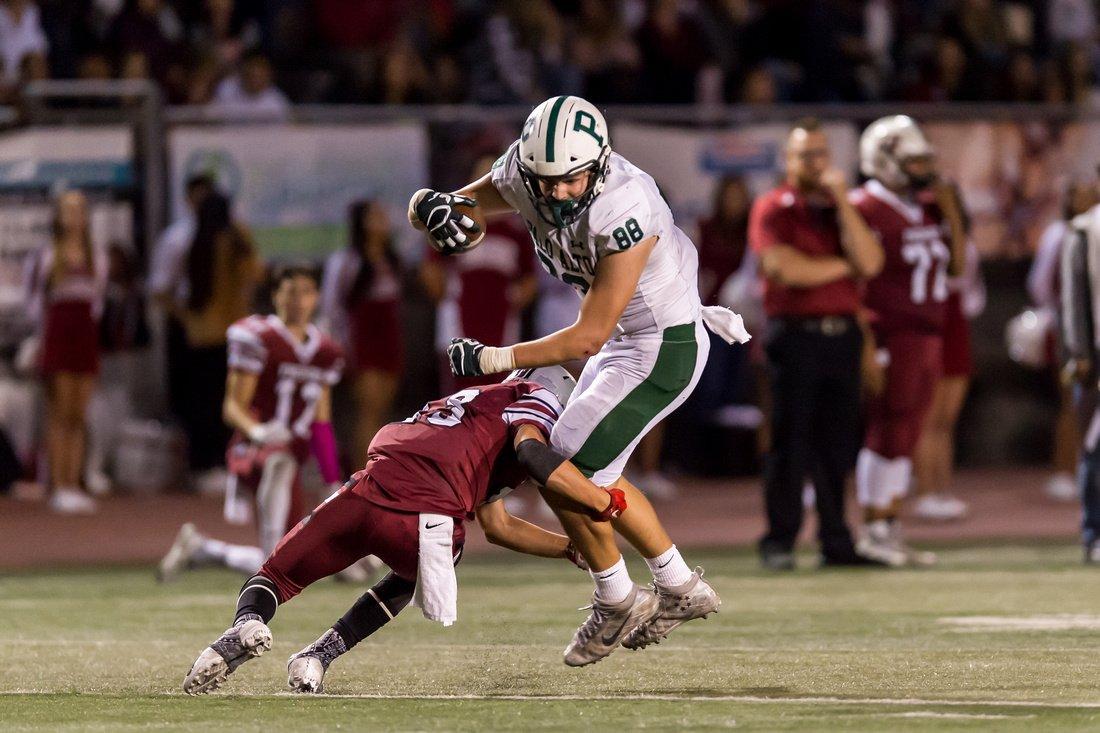 Winning its last two games against Cupertino High School and Fremont High School, the varsity football team will attempt to restart its winning streak after a disappointing loss to Wilcox High School on Sept. 28.

According to junior Dylan Duncan, a cornerback and running back, Paly put up a good fight against Wilcox, despite losing 35-21.

“We definitely knew they would come out hitting, and we came out just as aggressive,” Duncan said. “We just couldn’t capitalize on their mistakes and had too many mistakes on our side.”

The loss has acted as a wake up call to the players, helping to motivate and keep them determined for the rest of the season, according to Duncan.

“I honestly think this loss was a beneficial thing for our team. We were beginning to get somewhat complacent. This loss woke us all up and incentivized us to push our competition to the next level.”

In response to the team’s loss, head coach Nelson Gifford, along with the assistant coaches have been working one-on-one with players, helping them to improve their skills and technique as individuals.

“I’ve been working closely with my position coaches as well as the senior starters above me and learning what I can do to improve my game to become a better teammate and player,” Duncan said. “I have seen a lot of improvement so far and have recently been working on being more disciplined with not looking at the quarterback and peeking into the backfield as much. I am also adapting to the speed of the game at the varsity level.”

Not only are the coaches helping players, but so are some of the returning varsity players.

“One of our teammates, Alex Daw, along with the help of David Hickey and Aiden Chang, actually established a student-run study hall in order to help some of our team members that are struggling in a specific subject,” Cullen said.

With the ups and downs this season, the players say they have grasped an understanding of what strategies and techniques lead to success and are implementing that into games and practices

“We have come a long way since our first practice. We have found our identity as a team and have been able to get used to the new offense and defense.”

Strategies such as controlling the pace of the game and pushing the tempo of offense have helped lead the team to success, according to Cullen.

Preparation is another key component to the team’s current winning streak.

“Every Saturday we go and watch film as a team and review what we need to work on and watch scout film on our up-and-coming opponents,” Duncan said. “We also mentally prep on our assignments for the game.”

While watching the film the team studies the opponents schematics and individual players tendencies helping recognize plays when it comes to game time, according to Cullen.

The next game is against Los Gatos High School this Friday at 7:30 p.m.