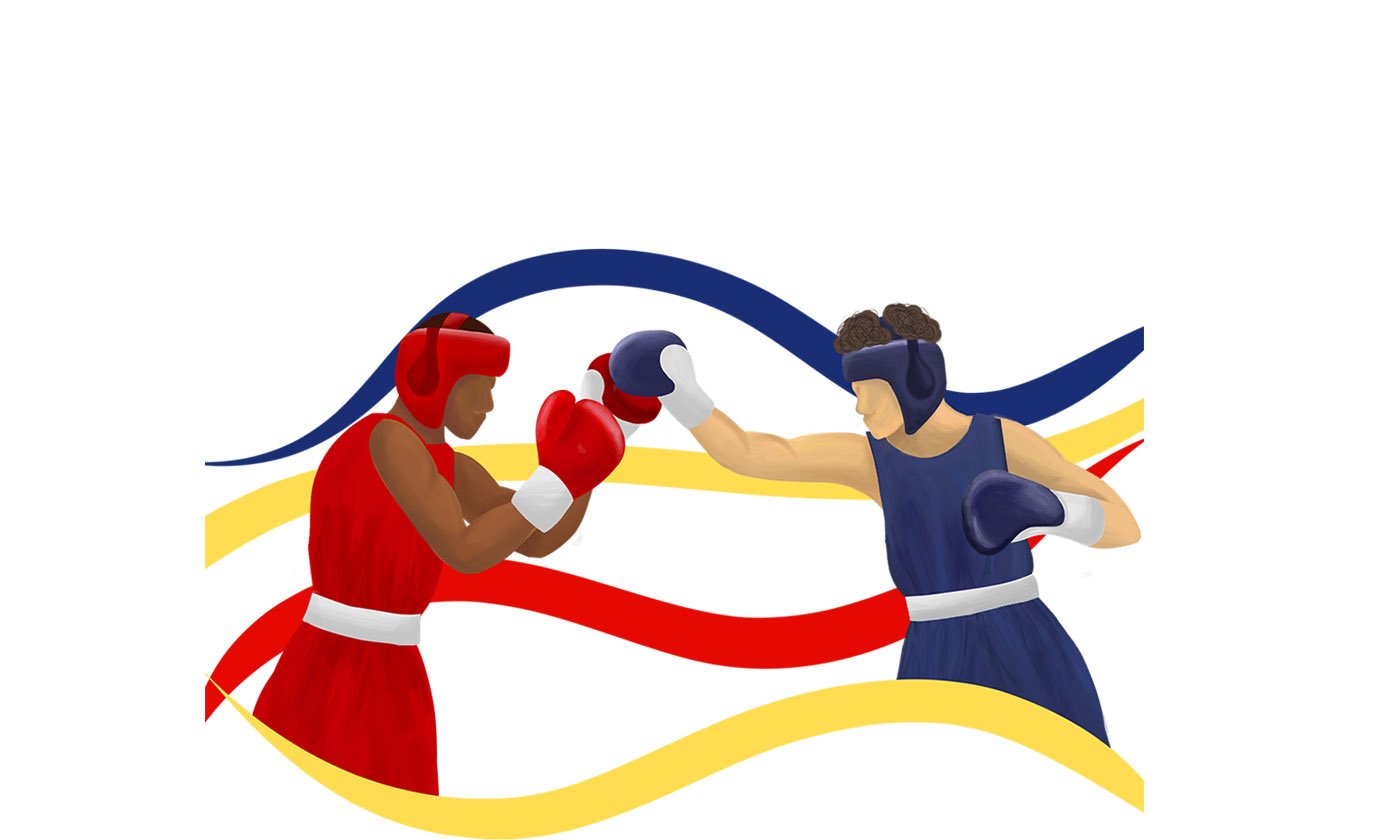 All of the noise around junior Dante Kirkman starts to fade away, leaving only him and his thoughts. The only thing he can hear are his steady breaths as his mind runs through the upcoming fight.

Kirkman, now ranked ninth in the nation in the 16-17 youth category in the 114 pound weight class, first started officially training to fight when he was 10 years old. With his father and his brother also boxing, the sport runs in the family.

What really hooked Kirkman about the sport, though, was the fact that his success in fights depends on him and only him.

“I liked the aspect of controlling my destiny in a sport because in football or basketball, I can perform a certain way but I can’t make my team win a game. I can contribute a lot and try my hardest to make my team win, but I can’t make that happen, it’s not for sure. But, when I’m boxing, it’s one-on-one. It’s my own thing and I can control it. If I lose, it’s my fault, something I can fix. If I win, it’s something I did correctly.”

On an average day, if Kirkman has a free period, he starts his day with 600 push ups and 100 sit ups. Kirkman’s practice starts right after school ends and continues until 8 or 9 p.m.

After practice, he eats dinner and finally gets started on his homework.

He also has training on Saturday, which is shorter and mainly just consists of sparring and running.

Throughout his boxing career, Kirkman has gone through many obstacles, including a shoulder injury, which kept him from fighting and competing for a year.

“You really can’t do much if your shoulders are injured, so around that time, I really just focused on developing skill,” Kirkman said. “It was really just hard physically and emotionally to have that happen, because I felt like things were going well and I just kind of wondered if I would have been farther along if I hadn’t gotten injured.”

According to Kirkman, communication with his family and hard work helped him get through this tough time.

“I just tried to ignore it,” Kirkman said. “It was very difficult and I talked to my family a lot, just about how I was feeling. I was still able to train so that made it easier to deal with a little bit but it was pretty difficult until it stopped because I was pretty frustrated when I had to stop.”

Another obstacle Kirkman had to get over to become the boxer he is now was nerves.

“When I was younger, I used to get nervous all the time and it would really just mess up my fighting. But I knew I had to fix it, so I try to put myself in situations to make me nervous and try my hardest not to be. Now I don’t get nervous before fights anymore.”

As for Kirkman’s plans for the future, he has his sights set on the 2020 Olympics, and eventually hopes to become a professional boxer.

With all of these hours spent at the gym, Kirkman has developed very special bonds with the people around him, especially his trainer, Eddie Croft.

“Outside of my family, my trainer is probably the closest thing I have to family,” Kirkman said. “I spend a lot of hours of the day at  the gym. He takes time out of his day to work one-on-one with me, to fly to Salt Lake City for a tournament, fly to wherever, to just be in my corner and help me, even when I had injuries for almost a year and a half.”

Through this time, Kirkman would continue practicing.

“I wouldn’t be able to perform what I wanted because I was injured and Croft still helped and trained me and knew that later, it would be rewarding. I know he cares about me. We have a very close bond.”

Kirkman has been working with his trainer from the beginning of his boxing career, which has allowed Croft to see his development.

“Dante and I have grown closer as he got older because I can let more of my true self out,” Croft said. “He’s matured and now he’s emotionally ready to handle [more criticism]. We’ve become close friends, and I’ve gotten closer with his father. That has been a really instrumental part in Dante’s development as a boxer.”

Croft was once a professional boxer himself. He originally started in taekwondo in 1974, eventually moving to boxing to improve his other skills.

He had always wanted to open up a gym San Mateo, where he had grown up. After that, hopping gym to gym, he finally opened up his own gym in 2008.

In his past decade of owning a gym and being a trainer, Croft says that he has learned a lot.

Croft says one of the lessons he learned from several years of working with Kirkman how to approach his students in order to encourage them to continue forging forward.

“The one lesson I learned from Dante is that, even though you have some setbacks, it’s really important to let the kids know that they are going in the right direction, that they’re improving all the time and to make sure that they retain the high work ethic and they will eventually reach the goals that they have set for themselves.”

But with Kirkman that isn’t much of an issue. Immediately from the beginning, Croft could tell that he would be a hard worker.

“I remember when he first came to the gym, he jumped in the class and in a lot of ways you can see his work ethic and dedication and drive that he had,” Croft said. “What I saw was that it was very unusual for a kid that young to have that kind of drive. You see dedicated kids but not very many kids with the drive and the work ethic that he had. A very ambitious and motivated individual and it was very noticeable at ten or eleven years old. It was something that was unusual.”

Kirkman is constantly practicing and wanting to succeed, so much so that Croft sometimes has to get him to stop.

“There have been lots of times when I’m working with him where I would show him something and he would practice it for hours to get better without needing me to stand over him and ask him,” Croft said. “Then he’d come back and say, ‘Eddie, how does this look? What else do I have to do?’ [He’s] always asking for more. Many times I just have to shut him down and say, ‘You’re going to overwork yourself. Go home. You’ve had enough for the day.’”

Throughout the past six years of practicing hour on hour, his proudest moments includes his very first win, back when he was in seventh grade.

“When I was 12 years old, my second fight was my first victory. I was kind of devastated after my first one, since I was a little kid and I had lost. I wasn’t really sure about things. But when I won, I can’t really put it into words, but I was so happy because I knew I could succeed in a sport.”

Another moment that meant a lot to Kirkman solidified why he does what he does and continues to pursue boxing.

“My most joyful moment was my first win in a National tournament.” Kirkman said. “I had always known I was a good boxer,, but my family and I weren’t sure if it would transfer to higher levels of boxing, if I could be a nationally-ranked fighter, if I could go to the Olympics. We were never really sure but my first win made me eighth in the nation at the time and that just made all the hard work pay off and it made me realize why I box.”