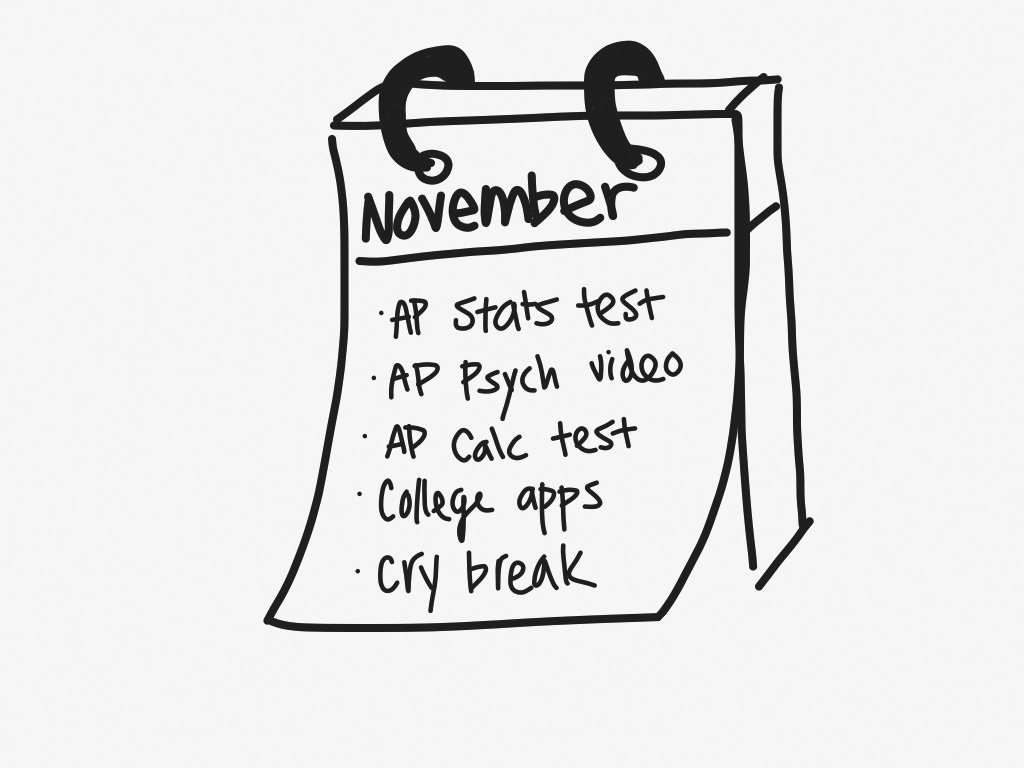 Teachers should be more understanding of test stacking

The overpowering stress of having multiple tests on one day happens often to students at Paly. It happens at every school. It’s an unpreventable occurrence that will happen to all students. And it’s something that students should stop complaining about.

Some students have argued that teachers should communicate with other teachers to make sure they don’t administer two tests on the same day. But that’s impractical.

For one, all students have a different set of teachers, and there’s no feasible combination for tests to be arranged in a way that no tests or big assignments overlap.

According to Friedland, although having all teachers communicate about tests is nice in principle, it’s not feasible. Since there are so many teachers on different schedules, it’s almost impossible to have a joint collaboration across seven departments.

Some students could argue that preventing a test overlap should be ensured for large classes that many students take, such as AP Psychology, AP Statistics or AP Calculus AB. But even then, these classes have rigorous curricula, and teachers must use every day of the school year to prepare their students.

If these classes started shifting their tests forward and back, it would shift the teaching schedules, and students would find themselves with not enough instruction to prepare them for the tests themselves.

Many students do not realize taking a test in the testing center is an option for when they have several tests in a short span of time.

When teachers put the tests in the testing center, students can go in whenever they have free time and take the exam in the center. The center is there for not only students that miss classes, but also for students who need to find a more convenient time to take a test.

Students always ask to be treated as adults, so they should show maturity by taking the simple initiative to approach a teacher and respectfully ask them to take an upcoming test in the testing center.

Test stacking has also already been dramatically decreased over the years. According to Friedland, the new bell schedule minimizes the number of tests students can have on a given day.

According to Friedland, even and odd block days help teachers give students flexibility with taking a test, as long as they keep it within the days that the exam is normally administered to  other students. According to Friedland, teachers are trying to maintain a level of fairness with respect to the fact that some kids aren’t able to move their schedules around.

Dealing with multiple due dates, assignments and test dates is part of being a student. The proper way to ensure this doesn’t become an issue is to simply plan ahead and move tests that absolutely must be moved.

Although teachers may not be able to prevent test stacking, they should put all exams dates on Schoology at the very beginning of the quarter to give students a good idea of when they will be most busy.

When students are finding out about tests without much notice, then the lack of further notice about the overlap becomes something that they can complain about. But once the dates are given with enough notice, the responsibility falls on the student to manage their time and ensure they’re ready.

The hardest tests students complain about are for harder honors or AP classes. However, students are the ones who sign up to take those classes in the first place.

If someone has trouble managing their time and can’t deal with a build up of assignments in a short period of time, they shouldn’t be taking the class. These more challenging classes are the ones with a stricter curriculum with more to learn and have fewer days available to be able to move tests around to please students.

Friedland said that teachers also take into account the difficulty of the course the student signed up for when giving leniency for moving tests.

According to Friedland, teachers’ willingness to move tests mostly depends on whether it’s  regular lane, A lane or honors lane.

Despite the stress that can often lead to students moving tests, Friedland said the test schedule usually works out for students.

Students should toughen up if they have multiple tests on one day. It’s a part of life, and students should understand that after all, things will work out just fine.