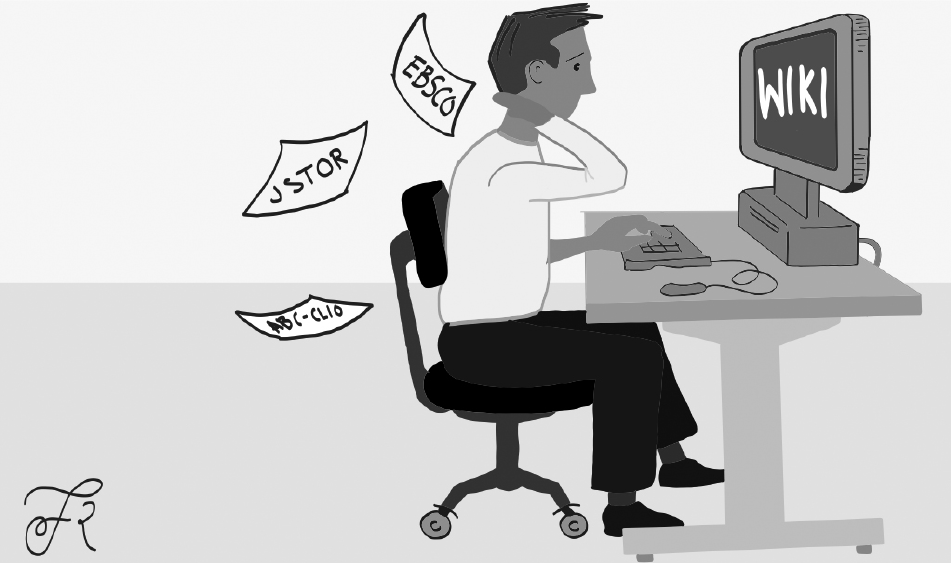 Teachers should allow Wikipedia to be used as reliable source

Wikipedia, or “he who must not be named” to most teachers, has been a controversial topic in the classroom ever since its inception in the early 2000s.

Students love its simplicity and to-the-point approach of providing information, while teachers loathe its crowd sourced content and open editability.

Senior Nick Welch supports the use of Wikipedia in the classroom.

Welch described Wikipedia as extremely useful, because it is able to directly answer whatever questions he has. He does not find it difficult to differentiate vandalism from truth. For this Paly student, fact checking a Wikipedia article is more convenient than disregarding the source altogether.

Anyone can edit a Wikipedia page at any time, but for high-traffic pages there is a “semi-protection” system which requires the editor to confirm their IP address with Wikipedia. This way,  if they vandalize the page, they can be traced and banned from editing on the platform again, according to Wikipedia’s website.

The upside to allowing anyone to add to or edit pages is that Wikipedia has been able to amass hundreds of millions of detailed pages on its website that cover nearly every topic imaginable. This is the main reason that students gravitate towards the website; it has everything they’re looking for.

However, trusting the user with the keys to the website comes with the inherent risk of vandalism. Because of this, most teachers do not allow students to use Wikipedia as a source in their assignments and even Wikipedia claims that “Wikipedia is not a reliable source.”

Wikipedia should not be cited or blindly trusted, but there are correct ways to use Wikipedia. Many Wikipedia users are unaware of the extensive list of all the sources used on that page, all of which are linked to in-text citations where they are used on the page. For popular topics, there can be hundreds if not thousands of reliable sources backing up the information on that page.

Many Wikipedia users are unaware of the extensive list of all the sources used on that page.

For example, if one needed to find out Barack Obama’s birthplace for an essay, they could look at his Wikipedia page and find that he was born in Honolulu, Hawaii.

However, this is a controversial topic and may be subject to vandalism, so how can this information be used if it may not be reliable? Simply follow the in text citation which leads to a photocopy of Obama’s actual birth certificate. Now the most reliable source possible for this information can be cited courtesy of Wikipedia.

Wikipedia is great for finding information, if it can be verified with a cited source that can be used without worries of reliability.

History teacher Stephen Foug believes Wikipedia can be correctly integrated into the classroom. He said that through Wikipedia’s evolution over the years, a higher level of credibility has been established. Although he does not allow it to be used as a direct source for assignments, he believes it is useful for beginning research.

Through Wikipedia’s evolution over the years, a higher level of credibility has been established.

Best described as a “portal” for more in-depth information, Wikipedia is a gateway to more credible sources.

Welch shares Foug’s opinion, and said that students could benefit from the removal of restrictions on the resource.

It is extreme to outright ban Wikipedia from the classroom. More time should be taken to teach students to utilize the website so that reliable information can be found easily and quickly.

To scour the Internet for sources when others have already taken the time to compile them is unnecessary. Finding sources can be challenging for many students, and they are missing out on a great opportunity to find them through Wikipedia.