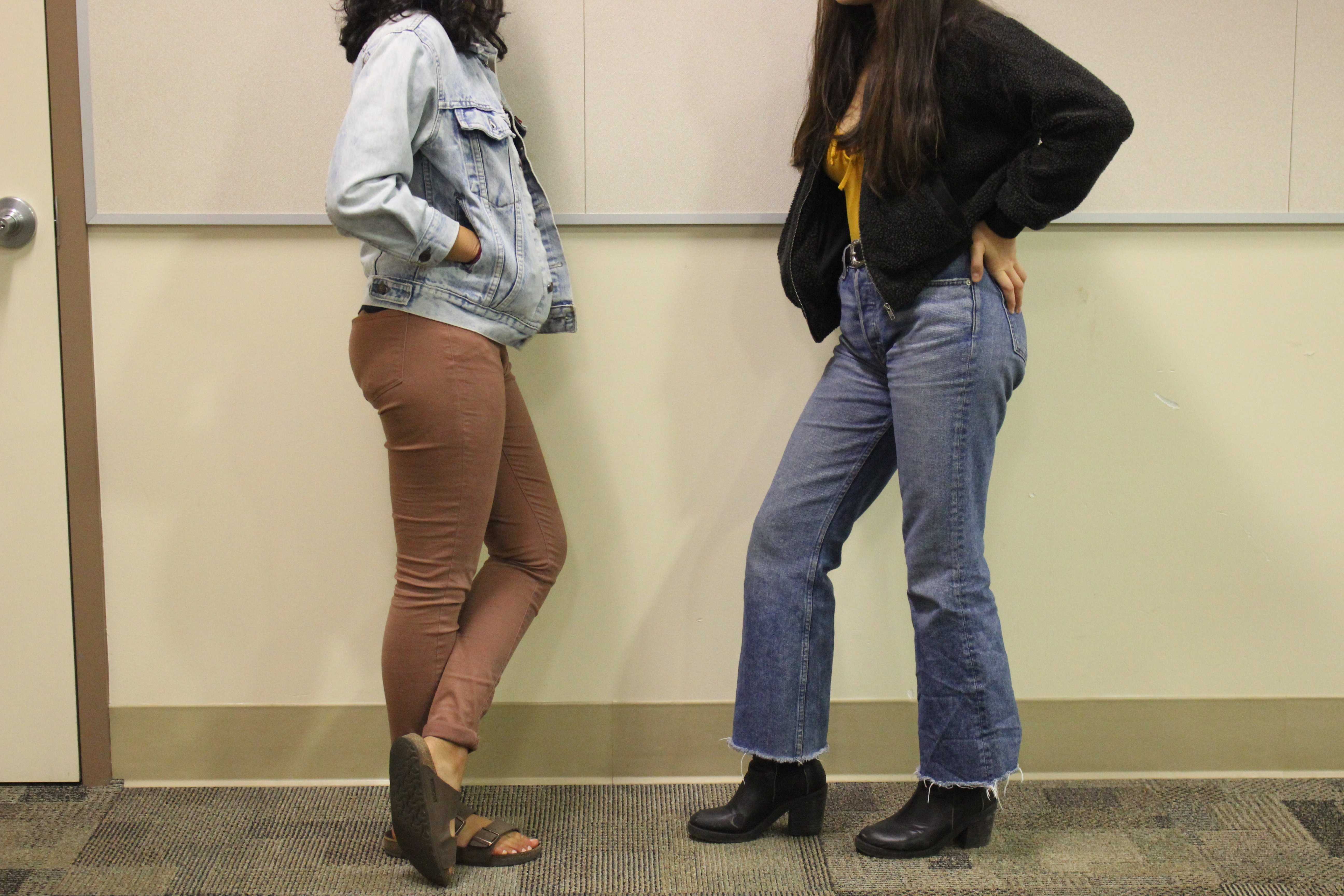 Despite today’s constantly shifting world of fashion, it’s becoming more and more difficult to find upcoming trends that haven’t been seen before.

For example, the iconic denim jacket was invented in 1880 as a utilitarian tool. However, the style has remained popular through the decades since it was originally catapulted into the spotlight in the 1950s.

But what about the recent reemergence in popularity of not-so conventionally attractive clothing, such as the staple shoe Birkenstocks, light-washed high waisted “mom jeans” and sandals like Chacos?

The sandals are adored for their incredible comfort from their contoured cork with rubber footbeds that molds to the wearer’s foot.

“With [Birkenstocks], they’re comfortable, but have a nice look to them,” junior Isabella Moussavi said. “ I know a lot of people joke around about them and call them ‘Jesus sandals’ or ‘jandals,’ but I still like their appearance … to be honest, I thought that Birkenstocks were kind of ugly at first, but I saw them a lot and with different outfits, and eventually they grew on me.”

The shoe brand has shifted in and out of popularity ever since the 1960s, when it grew popular in association with hippies and young Berkeley protesters.

In the 1980s, the shoe had a drastic drop in popularity, only to shoot right back up again in the 1990s.

Now, in 2018, after shaking off its temporary lull from the 2000s, the shoe is popular on campus at Paly, evident by the hundreds of students that wear them.

Most popular among students are the two-strap Arizona sandal and the single-strap thonged Gizeh sandal.

However, the German sandal is not the only controversial clothing item reemerging on Paly’s campus.

Once ridiculed for their unflattering fit and excessively high waists on Saturday Night Live in 2003, the “mom jeans” style was actually quite popular in the 80s and early ’90s. The term refers to a type of denim pant that sits at the bellybutton, with long zippers, and a loose, boxy fit around the hips and thighs.

The pant style experienced a disastrous dip in hipness in the late 1990s and early 2000s, as low-rise jeans were becoming more and more popular. This drop in ‘coolness’ marks the birth of the derogatory term ‘mom jeans’ — a slanderous phrase used to describe the middle-aged women who typically wore them.

Nowadays, the term ‘mom jeans’ is no longer a jab at middle aged women — in fact, in the 15 years since the 2000s slump, the style of pant has seen a boost in popular culture and is commonly worn on Paly’s campus today.

“I like the versatility, comfort, and style of them. They go with almost anything and there’s a more relaxed, chic look to them in comparison to regular jeans.”

The jeans’ strong association with the early ’90s, where the pant style flourished, also makes them more attractive nowadays according to junior Isabella Moussavi.

“I think that [high-waisted jeans] are quite flattering and they tend to elongate the legs, which is something I like,” Moussavi said. “They’re  also reminiscent of the 90’s, which is an era of style that I particularly enjoy, so I was really attracted to them.”

Chacos are growing in popularity as well. Comfortable, orthopedic and more utilitarian than conventionally attractive, they tap into the same demographic as Birkenstocks.

Also immensely popular in ’90s they are cycling back into popularity.

However, Chacos have not yet hit the explosive popularity that Birkenstocks have attained on campus, perhaps due to their more niche appearance.

The general style of Chacos feature multiple straps: one wrapping around the ankle, a side strap down the foot and one binding the toes to the sole of the shoe.

Junior Rachel Lit describes her experience discovering Chacos and how the unique shoes  became a staple accessory in her wardrobe.

“I needed to buy some sturdy sandals or water shoes for this trip I was going on about three or four years ago,” Lit said. “I saw my friend from Indiana wearing them and she said they were waterproof and great for hiking.”

However, Lit still continues to incorporate Chacos into her outfits in her day-to-day life around Palo Alto.

“I love them a lot because they’re so easy to wear, but also run around in. They’re basically glued to my feet all summer. I also thought the way the straps were criss-crossy was really funny — they make an amazing shoe tan.”

Although these trends may not appeal to everybody, these continually recurring and reemerging styles have made their mark on Paly’s campus in 2018, and will most likely disappear and resurface again for many years to come.