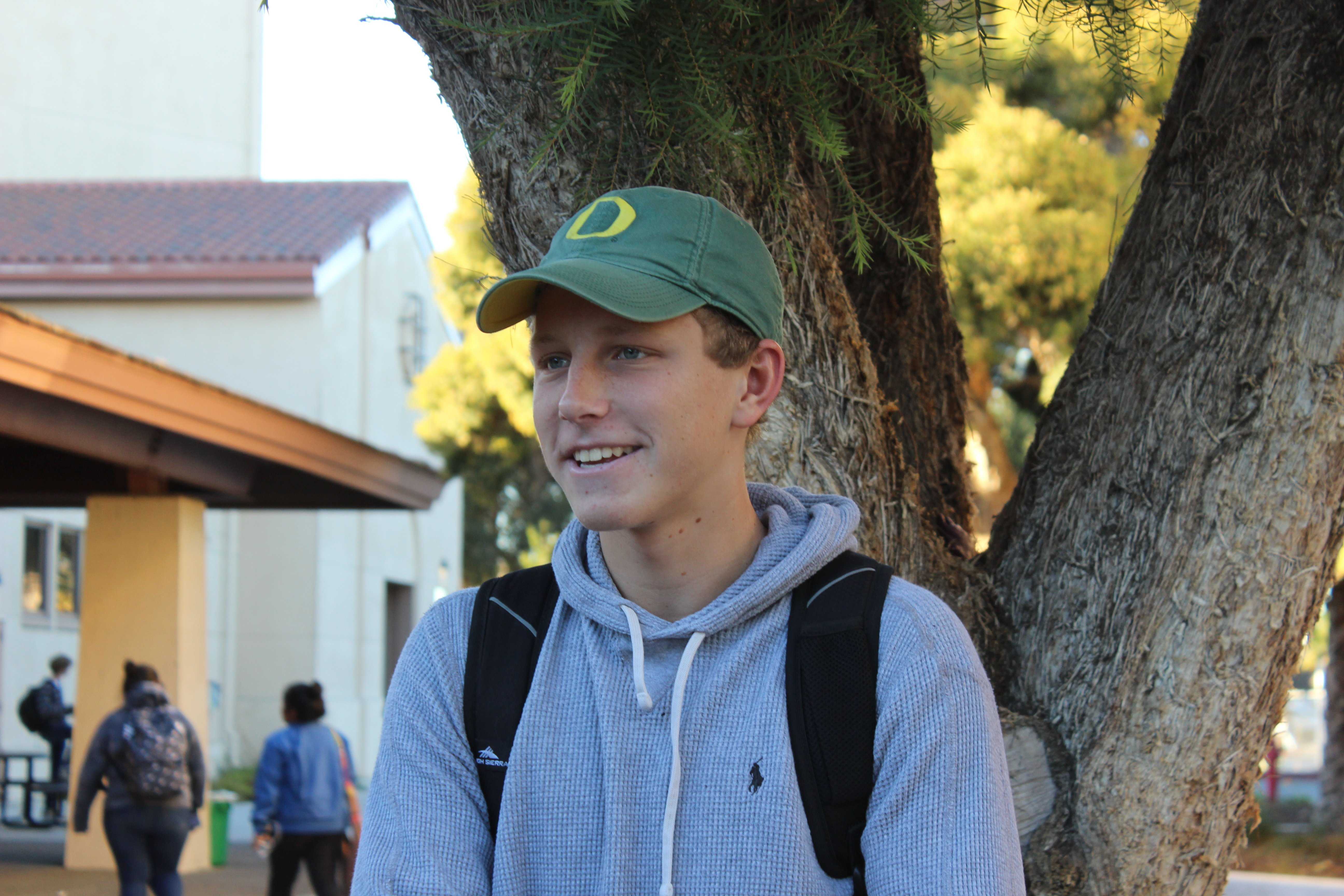 A large part of the human population tends to take their sense of sight for granted, seldom stopping to think about the 4 percent of people that are color vision deficient.

According to Paly biology teacher Dunant Hin, the range of color blindness depends on how functional the cones in each eye are.

“Many people may not even realize they have some of these deficiencies … within each type of color vision deficiency there is a range from mild to more severe.”

Each cone in the eye corresponds to a different color, meaning that if certain cones are absent, not as sensitive or detective, there will be a color vision deficiency.

Additionally, most people do not  realize how common certain types are.

“Many people may not even realize they have some of these deficiencies,” Darcy said. “We call these ‘deficiencies’ because there may not be total blindness of these colors, just reduced color vision. Within each type of color vision deficiency there is a range from mild to more severe.”

According to Hin, color deficiency is a sex–linked trait, meaning that the gene is located on the X chromosome and will statistically affect males much more often than females.

According to Darcy, out of people with Northern European ancestry, it affects about 1 in 12 males and 1 in 200 females. Red-green color deficiency is caused when the red and green cones do not work properly. A range of colors may appear more muted or difficult to distinguish from each other.

Paly junior Ryan Stanley experiences red–green color deficiency and explains that it is hard for him to distinguish between purple and blue, brown and red, and, at times, green and red.

“I have known I was color deficient since preschool, when they tested everyone for color blindness,” Stanley said.

According to Stanley, this deficiency does not have a large impact on his daily life, except when he is playing water polo.

“Sometimes in water polo, if the cap colors are dark red and black, I might have some problems with knowing who is on my team and who isn’t, which can be hard for me,” Stanley said.

Like most genetic conditions, there is a large range of severity in color deficiency. Recent Paly graduate Charlie Baldwin explains how his mild color deficiency causes him to tend to mix up similar colors such as blue and purple, or yellow and green.

“Sometimes the fact that I confuse similar colors [such as green and yellow] makes me think I’m not actually colorblind and am instead just bad at making judgements on that kind of thing,” Baldwin said. “But every time I take a test I always get reassured about that because I always test positive.”

Baldwin further explains that the test he usually takes, found on enchroma.com, always labels him as a mild protan, which means that the kind of color blindness he has is protanopia.

Protanopia is color-blindness resulting from insensitivity to red light, causing confusion of greens, reds and yellows, and is the most common form of color deficiency, according to Darcy.

“One of the funny things about being colorblind is the questions you get asked about it, because not many people really know how it works,” Baldwin said. “Just like people ask people with glasses how many fingers they’re holding up, people always point to stuff and ask me what color it is. I almost always get it right because my colorblindness isn’t that bad and that also isn’t really how it works.”

Furthermore, Darcy says that blue-yellow color vision deficiency affects males and females equally, but is much more rare.This condition occurs in fewer than 1 in 10,000 people worldwide. In this condition, the blue cones are not completely functional and it is difficult to tell blue from green or yellow from pink.

“A lot of people also assume that me being colorblind means I literally can’t see color at all … I think there are some cases of colorblindness where that is true, but those kind of people are extremely rare.”

In addition, blue, red or green cone monochromacy, a condition where only one type of cone is working, is much more rare than the other forms of color vision deficiency, affecting about 1 in 100,000 people worldwide.

With a single cone working, the brain can’t tell colors apart, and vision may be less clear overall, according to Darcy.

“A lot of people also assume that me being colorblind means I literally can’t see color at all, which isn’t true either,” Baldwin said. “I think there are some cases of colorblindness where that is true, but those kind of people are extremely rare.”

According to Darcy, a complete lack of color vision is called achromatopsia, which is referred to as true color blindness, and is the most severe of these conditions, only affecting about 1 in 30,000 people. In this condition none of the cones work and colors all look like shades of gray.

Darcy explains that these color vision problems are often inherited. Depending upon the genes which are mutated, color vision deficiency may be recessive, which means it is inherited from parents who are both healthy carriers without symptoms.

It could also be dominant, which is when at least one parent also has the condition.

If the gene is on the X chromosome, women can be healthy carriers who can pass the condition to their sons.

Additionally, a person sometimes can acquire color vision problems through a spontaneous mutation, instead of through heredity.

According to Hin, a mutation is very rare, and occurs when there is a mutation on cells within the cones.

Color blindness is a condition that affects many worldwide, but for most, it does not hinder daily life. This uncommon genetic trait exists as another rarity in the human body.

“My colorblindness has a specific hereditary pattern in our family,” Baldwin said. “My mom’s dad had it, and he passed it on through his daughters as carriers, who then passed it on to their sons. If I had a daughter, her son would also be colorblind.”