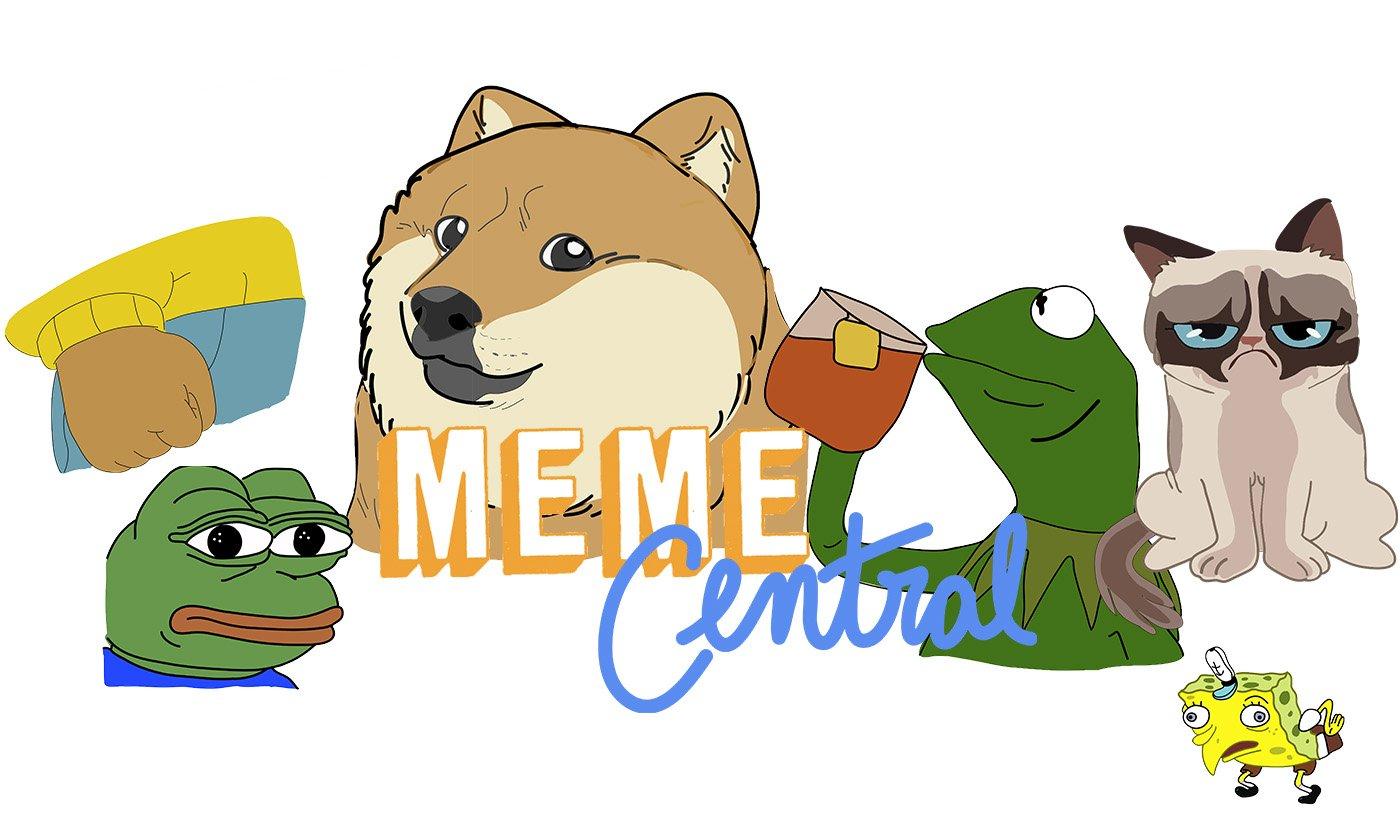 Walking around school, the admin of the popular Instagram account SiliconValleyProbs sees people laughing at an image on their phones. “Have you seen this great meme account?” She beams widely, careful not to let anyone know her secret identity.

Whether it be Pepe, tide pods or Spongebob, memes have been a way of connecting to other teens and young adults both within schools and across the world. They’re a method for students to bond and laugh at their struggles, as demonstrated by the rapidly-developed PSAT memes, which spread across the internet on an annual basis and poke fun at the absurd nature of some of the essay questions.

A Facebook page called Paly Memes for the Dank Youth is a student-run group for Paly students to post their homemade memes and enjoy the memes of others.

With this page and countless others like it, the type of humor is prevalent, but over time what the general public finds funny has changed.

The cause of knee-slapping laughs have transformed from the slapstick humor of throwing pies in faces from The Three Stooges to a picture with some text.

According to Sneh, though the other generations don’t seem to understand the memes and humor of the modern age, memes are able to form bonds between members of the same age group.

“I agree with the notion that it helps people connect. When I went to do a program over the summer, I became better friends with a few people because of memes. Everyone was ‘in on the joke’ and it made it easier to connect and have topics to talk about.”

Along with the ability toconnect people, Ashutosh Bhown said memes have contributed to the larger phenomenon of humor today, and he thinks humor is at an all-time peak.

“As the system becomes more systematic, I don’t really know how, or if, humor will change in the distant future, but humor today is definitely at its most powerful and greatest magnitude than any other time in history,” Bhown said. “It is easier than ever to make content to make others laugh than ever before.”

The quick and easy communication through social media has also allowed memes to spread rapidly.

“The primary method of humor delivery in this age of instant gratification is through the internet, from what I have experienced,” Bhown said.

Though his humor hasn’t changed throughout time, Bhown said the process of looking for entertainment has greatly changed.

“I’d say the general nature of humor, or in my particular case, satire, has not changed at all since its inception, but what matters to people when they browse this sort of content is how it is delivered,” Bhown said.

Sneh agrees that over time, the ultimate culture and ideas behind what the average teen finds funny has shifted.

“Memes have also brought new types of humor and ideas into our culture. I never thought that I’d find surrealist, absurdist images hilarious, but I do, and that’s all because of the spread of memes online. I think it’s for the better. Memes, due to their easily manipulated formats, often create discussions and bring to light shared experiences due to their relatability.”

Because of  shared community and experiences, the jokes about events happening around the students can present humor in a relatable form.

“People have common grounds from their experiences at Paly, and the relatability of memes help us share our community experiences—whether that be fire alarms, stress (or) Spirit Week—in a light, funny manner that keeps up with the trends of the time,” Sneh said.

In early 2017, an Instagram account called SiliconValleyProbs popped up and became an instant hit around schools in the Bay Area. The page posts pictures of memes that Bay Area teenagers can relate to, such as Bay Area Bingo, which is full of stereotypical expectations of the average local person. The Bay Area Bingo Board includes “boba enthusiasts” and having “parents (who) work in high tech.”

“I caught wind of SVP sometime around early 2017, when the page was rapidly blowing up in popularity,” the current admin said in an email interview, who requested to remain anonymous. “I began to follow the page myself and fell in love with it a little. It was really difficult to think of another page that felt so relatable to so many Bay Area teens and satirized the culture in which we grew up so perfectly.”

The admin continued to explain that memes have become a way of the younger generations’ expressions of themselves, and in turn, became a signifying characteristic for them.

“As strange as this sounds, I feel like memes are like the calling card of our generation. Internet memes have evolved to encapsulate a blend of surrealist and satirical humor that is unique to our generation.”

The admin also said only younger generations can understand and relate to memes.

When adults try to imitate memes, those memes do not get the same feeling across.

“I’m sure lots of us have seen older adults attempt to emulate meme humor, whether it be a parent or teacher or family friend,” the admin said. “The meme ends up coming across as corny or cheesy, and generally fails to capture what make memes so appealing and relatable to so many of us in the first place.”

The admin of the popular Instagram account says the factor of an exclusive group of individuals being the only ones to make and understand something is what makes it especially unique.

“This is part of the reason why I feel like memes have helped us connect as a generation,” the admin said. “Being able to share a medium of humor that only we understand allows our generation to create a distinct identity for ourselves, and in our case, that’s memes. ”

Bhown, Sneh and the admin of SiliconValleyProbs agree that  memes have a reputation for being unintelligent and strange,  but teenagers around the world are able to connect because they can relate to the jokes

“I was in middle school when internet memes started becoming a huge phenomenon. I’m sure many of us remember rage comics, Grumpy Cat, Bad Luck Brian and the myriad of other meme formats that were popular around 2010-12. Since then, memes have regularly spawned new formats, which rise and fall in popularity on a regular basis. We’ve moved far away from where we were eight years ago. Memes now are more absurd, more outlandish.”

In the end, what the current society finds funny has changed so much over the years that it is hard to predict how humor will change in the future.

The people behind the meme accounts are those who like to make others laugh and enjoy the ability to create a platform people can relate to.

The admin said, “Being able to share a medium of humor that only we understand allows our generation to create a distinct identity for ourselves, and in our case, that’s memes. Other things as well, obviously, but memes too.”