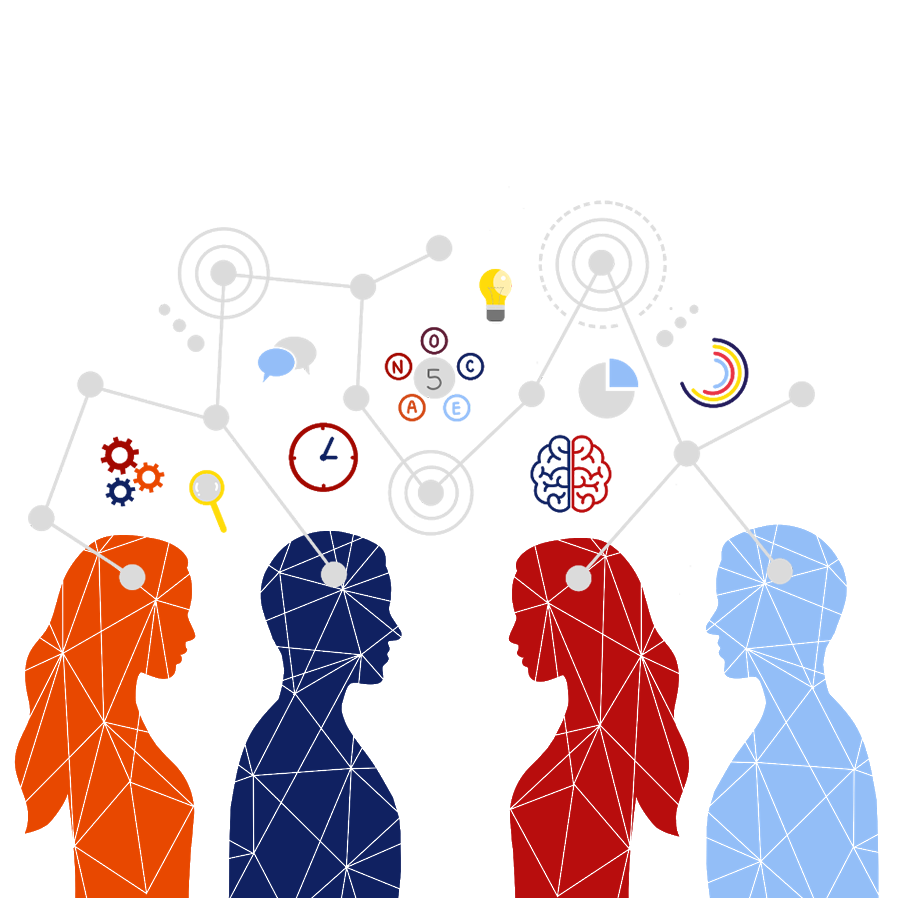 In a society where individuality is constantly sought out, it is unsurprising that this distinctive quality is often the subject of a variety of surveys. Personality has generally been considered unique to each person, but in recent years, studies have attempted to compartmentalize peoples’  traits into specific groups. However, as these personality tests have gained popularity, the validity of their analysis is still to be explored.

A person’s personality is a reflection of all of their experiences — the people, relationships and moments that have impacted them. While a personality can be impacted by changes in these three influencing factors, certain traits remain stable over time regardless of the situation, which is what personality tests aim to capture.

The Advocate. The Logician. The Entrepreneur. These iconic and recognizable personality types all stem from one instrument: The Myers-Briggs Type Indicator  (MBTI).

The MBTI was developed by mother-and-daughter team Katharine Cook Briggs and Isabel Briggs Myers in the United States in the 1940s. It was based upon the theory of the psychological type by Carl Jung, who proposed that “what appears to be random behavior is actually the result of differences in the way people prefer to use their mental capacities.”

Jung observed people had preferences between mental functions, and based on these preferences, people could be categorized into different psychological types.

Aligned with this theory, the MBTI places people in one of 16 personality types, based on their tendencies to be extraverted versus introverted, sensing versus intuitive, thinking versus feeling and judging versus perceiving.

However, the validity of the MBTI is generally not accepted in the psychological community, according to Paly AP Psychology teacher Christopher Farina. When analyzing a study, psychologists look for reliability, meaning a consistency in the results it yields, and validity, or whether or not it accurately tests what it claims to. A study conducted by Richard J. Howes and T.G. Carskadon found that when people retook the MBTI after a five-week period, half of them received a different personality type classification, showing  poor reliability.

According to Farina, it is important to keep in mind that the MBTI is not a test in a strict sense, but simply an indication of one’s preferences, meaning  that results have room for flexibility. Comparing people’s preferences between traits rather than their overall personality type may yield more reliable results.

Despite the doubt expressed over the scientific and psychological basis of the MBTI, many users, such as Gunn junior Aileen Han, still swear by the instrument and its results.

“I personally really like the (MBTI),” Han said. “I think that it is pretty accurate, and I do think that people can be classified into [personality types], but it’s more of a spectrum. Yes, it is extrovert versus introvert, but there are levels of both … people tend to lean towards one side or the other.”

Additionally, Han said the knowledge the MBTI provided has helped her understand why people act the way they do.

“After taking the Myers Briggs test, it became a lot easier to be more understanding towards others. Before, I thought ‘you think differently from me, so you’re wrong,’ but now I know it’s because we have different personality types.”

Generally accepted by psychologists to have both reliability and validity, according to Farina, the Big Five test was developed through a five-factor model by Robert McCrae and Paul Costa. This model was later deemed by Lewis Goldberg to encompass the “Big Five” factors of human personality.

Determined through surveys from thousands of individuals as encompassing most classifications of human character traits, the five facets of the Big Five test can be memorized using the acronym OCEAN: Openness, Conscientiousness, Extroversion, Agreeableness and Neuroticism.

“(The Big Five test) is much more validated within the psychological community,” Farina said. “Based on the testing of it, there is a much higher correlation in terms of predicting fits within jobs and other kinds of elements of success.”

According to Farina, while the scientific accuracy of the Big Five is widely considered  the best  personality test, there are still inherent flaws in it.

“The Big Five personality inventory is very good, but at the same time, it is important to recognize the limitations to it,” Farina said. “Self-report innately has some issues. If you’re asking me questions about my personality, I may reply in a way that would demonstrate the personality I wish I had, rather than the one I actually do.”

A popular, lighthearted staple of personality tests, Buzzfeed quizzes give information and advice relating to one’s life based on that individual’s answers to trivial questions that are typically unrelated to what they claim to be assessing. For example, “Your Snack Choices Will Determine Whether You’re Left-Brained Or Right-Brained” or “Eat An Acai Bowl And We’ll Reveal If You’ve Met Your Soulmate Yet.”

These quizzes generally consist of a catchy title and a handful of multiple-choice questions with corresponding pictures. While many find them fun to take, Buzzfeed quizzes are universally accepted to have no scientific basis, often made by community members who have a little extra time on their hands.

Though many recognize that these quizzes’ results have little basis in truth, according to Paly senior and Buzzfeed quiz enthusiast Jennifer Xu, the appeal is in the novelty of the quizzes.

“(I take Buzzfeed quizzes because) they’re fun,” Xu said. “I take them more so I can make other people take them and then make fun of their bad attributes, really … Also, when it comes to bad Buzzfeed personality quizzes, who doesn’t want to know what sort of potato they are?”

The Paly guidance program has incorporated the “Do What You Are” survey, a personality test similar to the MBTI, into advisory curriculum to help students find areas of interest for the future.

“When we do the ‘Do What You Are’ survey, you get to learn a little more about yourself within Naviance,” advisory coordinator Ann Deggelman said. “If you want to take time online, you can also look at career clusters in Naviance, which will show you strengths and weaknesses and what kind of career it might connect you to.”

According to Deggelman, it is important to keep in mind that the results are simply a suggestion for students to begin thinking about their futures.

“(Personality tests are) a way to get you thinking about future likes and dislikes, and build ideas about where you want to be in the future.”