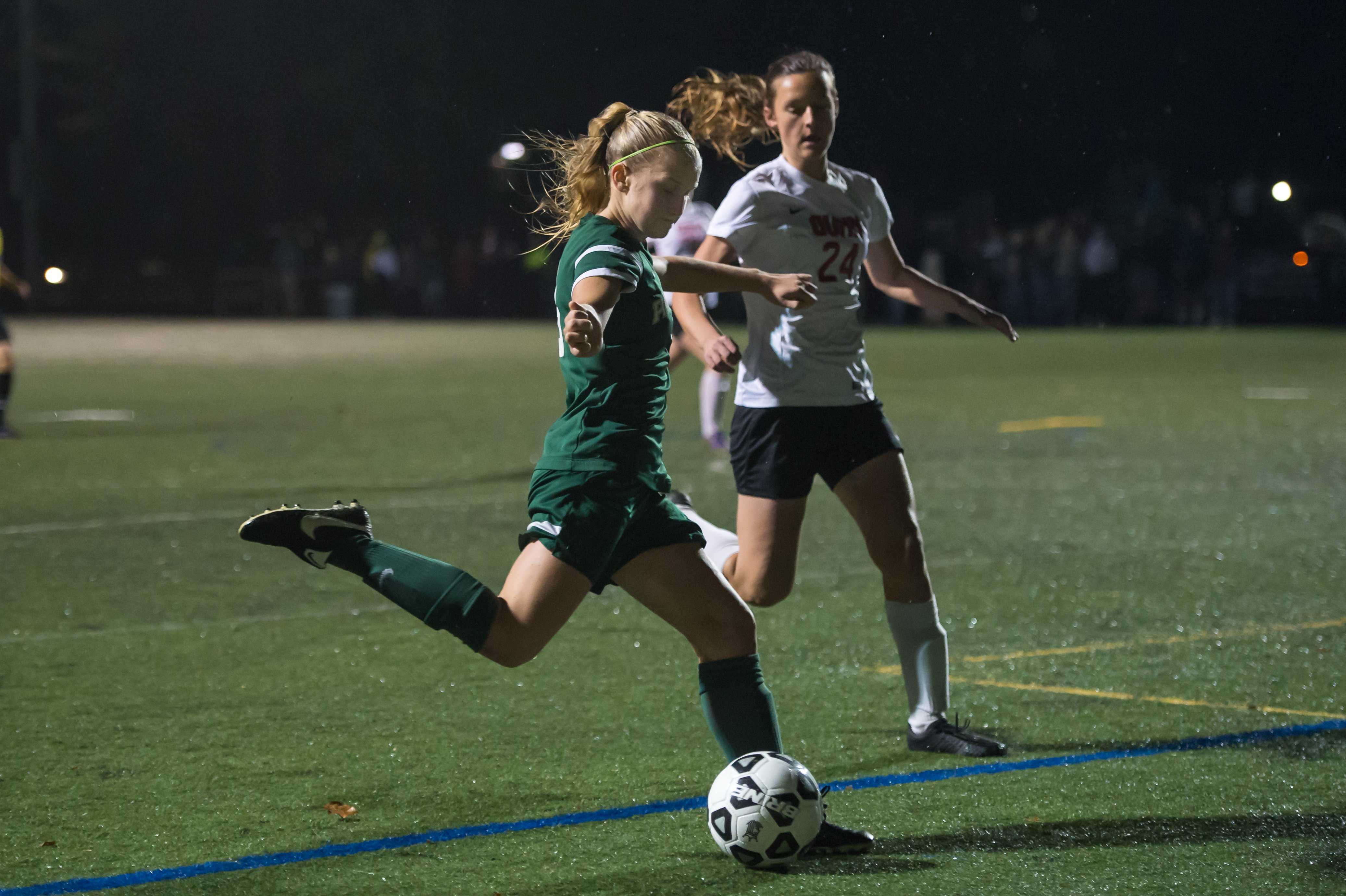 Despite hard work on defense, the girls varsity soccer team could not prevent Gunn High School from scoring, and lost its first game 2-0 on Tuesday, Nov. 27.

Over the past 12 years, the girls have won 14 of the 16 soccer games they played against Gunn.

While recognizing the Paly team’s efforts, head coach Enersto Cruz said Gunn has a much better team this year than last.

“(Gunn’s varsity soccer team) is not the same team as last year,” Cruz said. “Apparently, many seniors decided to play for them. (They are) a very good team, and I’m excited because we might see them in the Central Coast Section (CCS) league.”

According to senior forward Claire Moley, the team was not completely prepared for the game because of some distracting factors and a lack of practice.

“I think it was just an off day for all of us,” Moley said. “Since the boys game went late, we had to warm up on the grass where it was dark. Also, because (of the fires last week), the first day we really started a full team practice was the day before the game.”

Beside the objective factors, Moley also said the team did not play to its full potential because of the easy victories against Gunn last year.

“We kind of went in expecting to win,” Moley said. “Since we have similar calendars as past seasons and we beat Gunn pretty easily, I think they went out full force, and we just didn’t.”

We came in with expectations, and obviously they proved us wrong.

Despite the result of the opening game, the team has high expectations for the season.

“Our goal is to win league; we haven’t won league in a while,” Cruz said. “We are going to prepare ourselves in preseason, win league and go to CCS eventually. That’s our goal.”

According to Cruz, the juniors from last year have done an amazing job showing their leadership after losing important players.

There is always a big impact when seniors graduate, but I think juniors from last year did a pretty good job showing their leadership, just like the seniors did last year.

After losing to its cross-town counterpart, the team faced off against neighboring rival, Menlo-Atherton High School on Dec. 4. playing to a 2-2 draw.

Despite taking the lead twice, the team was unable to close out the win.

Goalscorer and junior Samantha Pao said that the team stepped  up its gameplay against a good opponent, despite ending with a  draw.

“I think overall we did much better in this game than the other two games because we connected passes well up the field and started to make runs that threatened (Menlo-Atherton’s) back line,” Pao said. “I feel like we should’ve won because we had good possession of the ball for most of the game and had more shots then them, but it was a good game.”

As the head coach, Cruz said he hopes the players enjoy their season and the time they spend together. He sees team bonding as crucial for the team’s success as well as building strong relationships off of the field as well.

Cruz said, “I want them to have fun (during their season). Try their best, and represent our beautiful school.”