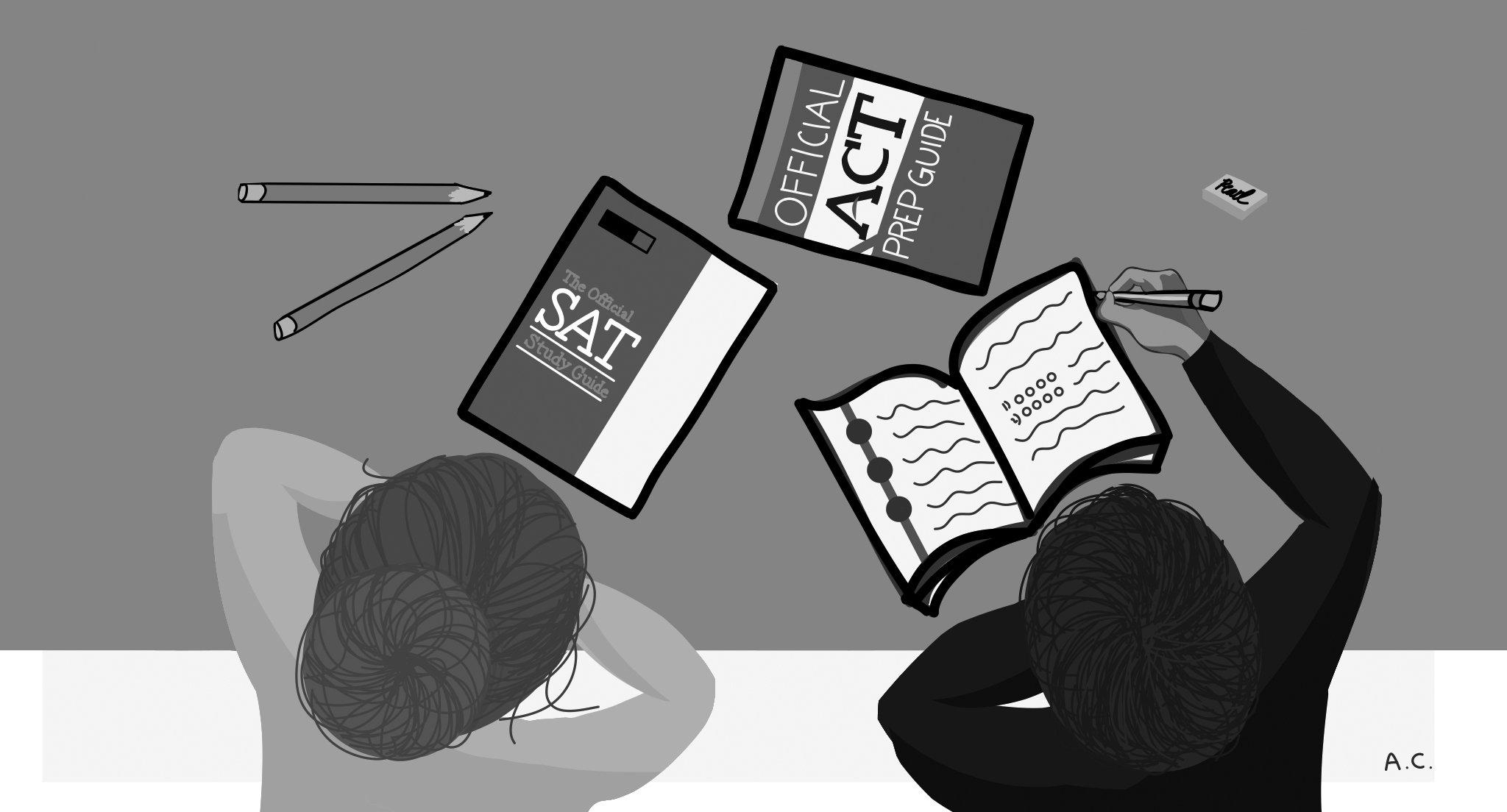 In today’s vicious dog-eat-dog academic environment, college admissions are more competitive than ever. As acceptance rates drop and more and more competent students apply, the workload of the average student skyrockets. Students stack on extracurricular after extracurricular, AP class after AP class and lock themselves away in their room for hours of homework and studying. They go to bed at ungodly hours in order to fit their schedule in every day, and are left exhausted by the end of every week.

As students advance through their high school careers, especially junior year, the monster of standardized testing starts to rear its ugly head. Today, standardized exams are heralded as the gateway into universities: they’re an important factor  colleges look at along with an applicant’s grade point average.

As a result, parents, especially in the Palo Alto area, are preparing their kids younger and younger for tests they won’t take for years, in the hopes it will increase their chances of getting into a “good college.” As a result, after extracurriculars, homework and studying, students are expected to complete an workload of test preparation at the end of the day. Something weighed so heavily in the hyper-intellectual bubble of Silicon Valley is easy to take advantage of: which is exactly what test prep companies do.

They drive up the prices because they know unknowledgeable, too-busy to care, rich Bay Area parents will pay for the false security blanket that paid tutor test prep provides. They’ll offer to start students younger and younger so they can suck more money out of them.

People are prone to wonder: is it morally fair for rich parents to basically be able to pay for their child’s higher score? What about low income kids, whose parents can’t afford to shell out thousands of bucks for a prep course? Even the middle class struggles to plunk that much money down for a course that may or may not raise their child’s score.

One popular test prep company in the Bay Area charges as much as $2,160 for 10 sessions.

With a jaw-dropping figure like that for a standardized test with plenty of resources online, one might feel compelled to ask: is paid test prep or tutoring really necessary for success on standardized tests?

The short answer is no. There are plenty of students who succeed on the exam without months of rigorous, expensive preparation. One of these students is junior Noa Lehrer, who received a 97th percentile score on the SAT without any outside paid tutor.

Lehrer decided to not take test prep because she wanted to see what she could accomplish solo, saying that there were lots of online resources and books out there that were helpful. She took a few practice exams before her test date.

Lehrer also said that she also did about 30 minutes of practice problems a week on Khan Academy, which boasts a 100 percent free, personalized SAT study plan. Despite not needing a full paid test preparation schedule herself, Lehrer can see the pros of having paid tutor test preparation. Lehrer doesn’t think test prep is necessary for standardized testing success, but she believes that it can be helpful to get competitive scores.

For someone like Lehrer, with a hefty course load on top of lacrosse, a high score on the SAT without months of expensive test preparation was possible. So why don’t more students take the prep-free route?

Junior Miranda Jimenez decided to take a winter SAT “bootcamp,” which costs about $1000, because she thinks it’s necessary, but because she lacks self-motivation.

Jimenez doesn’t think that paid tutoring is necessary, and said that she has many friends who scored just fine without. However, Jimenez believes that the structure of the program will help her remain disciplined and motivated. It’s true that test preparation offers a valuable regiment that students may find easier to stick with as opposed to studying on their own. However, if students have a strong enough discipline to study on their own, search for their own preparation materials,  and take practice tests often on their own, then paid test preparation is not necessary.

Regardless of which test preparation route a student chooses, they should be aware that there are a wide variety of nearly free resources to succeed on an exam.

There are tons of free options online such as Khan Academy’s free SAT program, PDFs of test prep books floating around online and previously administered ACT and SAT tests with answers, arguably the most valuable resource out there.

Those very “exclusive practice exams” that test prep companies boast are floating around online for free, a few keystrokes away from any student. In addition, there are hundreds of videos on YouTube that go problem-by-problem of test sections, solving them in depth.

There are thousands of valuable ACT and SAT prep books online, which cost a fraction of paid tutor test prep and can help just as much, and if you can’t afford those the College and Career Center has free test preparation books.

A high score is possible without blowing thousands of dollars. The resources are out there. You just have to look for them.