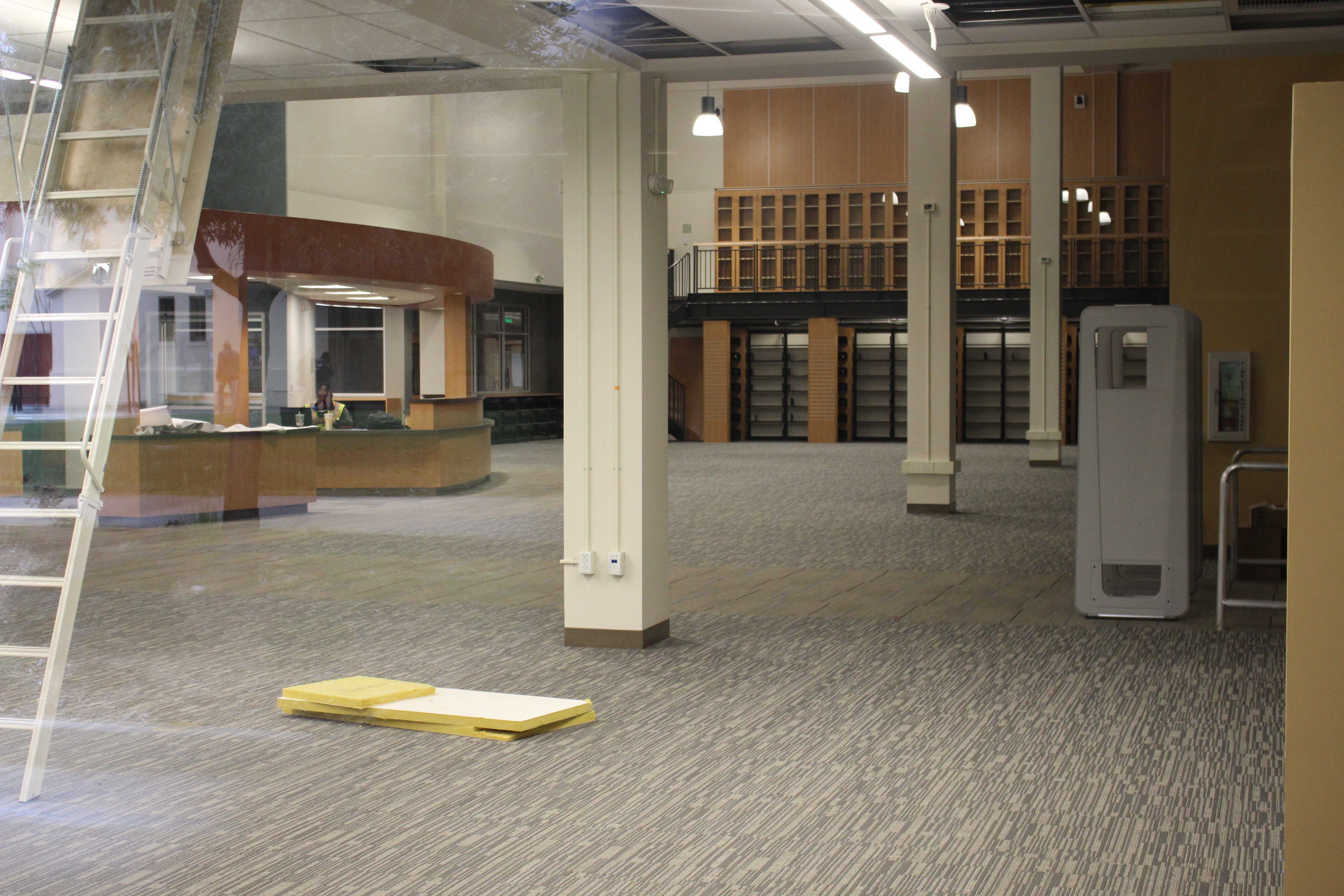 Luckily, for those trying to make it to class on time, in the past month, the fences that surrounded the library have come down. The construction that has been going on for over a year is coming to an end.

The construction company, fs3 Hodges, has worked on many projects, including commercial buildings, infrastructure and healthcare buildings. They also helped manage construction for some of the newer classrooms at Gunn High School.

According to Charlie Diaz, the lead construction manager for the Paly library, there were about 300 people working on the project.

“[There are] designers, engineers, consultants, construction crews and inspectors.”

In addition to professional designers, the school librarians also took part in the design and layout of the building.

“The library team, […] has had a lot of input in the design and planning of the space.  We did our best to design a space that would be welcoming and useful for students and staff,” Paly librarian Sima Thomas said.

According to Diaz, workers spend 10 to 12 hours a day building on site and occasionally work on weekends.

“There’s are a lot of moving parts to a project, but this is a passion so the day goes by fast,” Diaz said.

Diaz describes the new library’s look as contemporary and Thomas repeatedly said the building is beautiful.

Since it was decided to keep the existing shell and structure of the building for the creation of the new building, accommodations made the project more complex, and many designers and architects made blueprints for the new building over the course of several years.

“I especially like the light coming from the big windows and skylights, the reading nooks, and the collaboration rooms,” Thomas said.

The construction team has a schedule that was designed ahead of time, which dictates what needs to be done at what time. This schedule was created working backwards, starting with the completed design, Diaz said.

“The library team has been lucky to be able to watch the building progress from bare bones to its current, essentially finished, state.”

Currently, Diaz’s crew is adding the finishing touches to the building, mostly on the interior, and ensuring the new additions are functional.

Having been working at Paly environment for so long, Diaz said people in his company view Paly students and staff as friendly and respectful.  They also said they quickly noticed the abundance of technology being used by almost everyone.

“It’s good to look up and take in your surroundings every now and then,” Diaz said.

In addition to their technology observations, the crew also had to respond to every fire alarm this fall and had to come up with a system for how to handle them.

“The crew would evacuate to the construction parking. We became pretty accustomed to them,” Diaz said.

The Student Center has been acting as the temporary library since August 2017 and the librarians are looking forward to being able to move into the new space, according to Sima.

Thomas also mentioned an improvement to the old “instructional corner” that was in the old library. The new building has an improved area for classes to gather in the library that is more practical than the old one.

“We will be moving in during the month of January,” Thomas said. “We know everyone is excited, and we’re doing our best to make sure we’re open as soon as possible.”