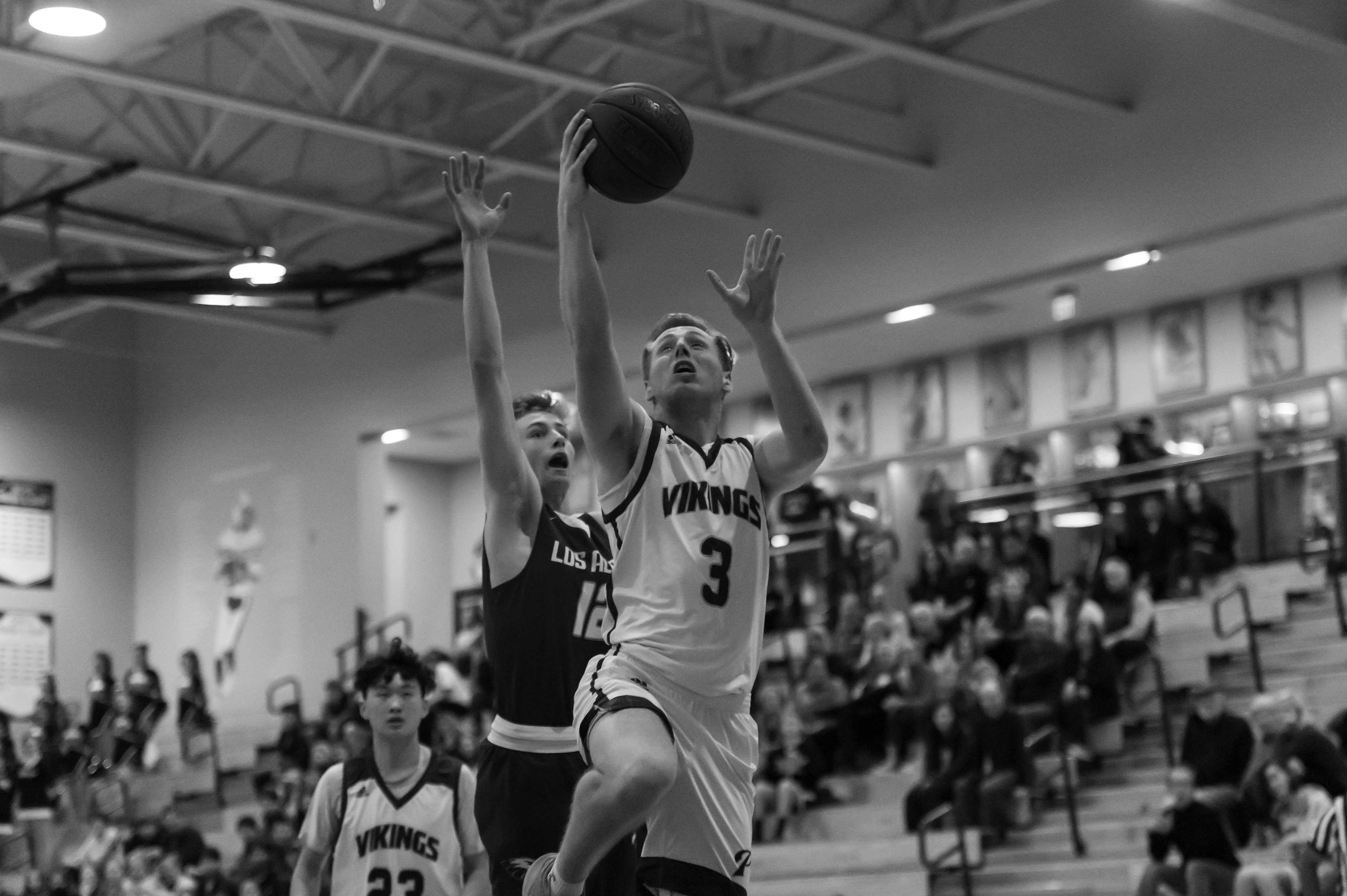 After a number of matches that have come down to the last quarter, the boys basketball team finds itself in a tight situation at the final stretch of the season.

According to senior Josh Wong, there are a number of things the team can improve on before the Central Coast Section (CCS) tournament, and there is limited time left before the tournament will be facing them head on. It’s easy to get caught in the rhythm of games and practices during the hectic high school season, but the team needs to make sure they make every moment count.

“Between every game, we need to stay locked in and focused during practices in order to best prepare for the games. Some things we could improve on could be our defense, and some goals could be to win our remaining games. I think it’s certainly possible.”

In the past, the team, led by  coach Peter Diepenbrock, has done exceedingly well, and expectations for the group’s success are high. Basketball, next to football, has one of the largest Viking fanbases; the stands are typically bursting with student spectators.

As of Jan. 25, the boys had a 10-10 record, with a league record of 4-4, which shows that the competition in the league is relatively even this year, and that other teams have certainly stepped up to the challenge. On solely its home court, the basketball squad has a 4-2 record. Although a bracket for the CCS tournament has not yet been established, the boys are aware that their competition will be tough. Their league competitors have kept them challenged, and they know there are stronger teams in store.

According to junior guard Matthew Marzano, there are still a few things the team can work on before the postseason begins.

According to Marzano, improvement can also be made simply trying harder and putting in a stronger effort.

“The season is going alright. We have lost five or six close games that could have gone either way. Things that we are trying to improve on from last game is limiting turnovers and taking smart shots, just by trying to pass the ball around more and getting the defense moving.”