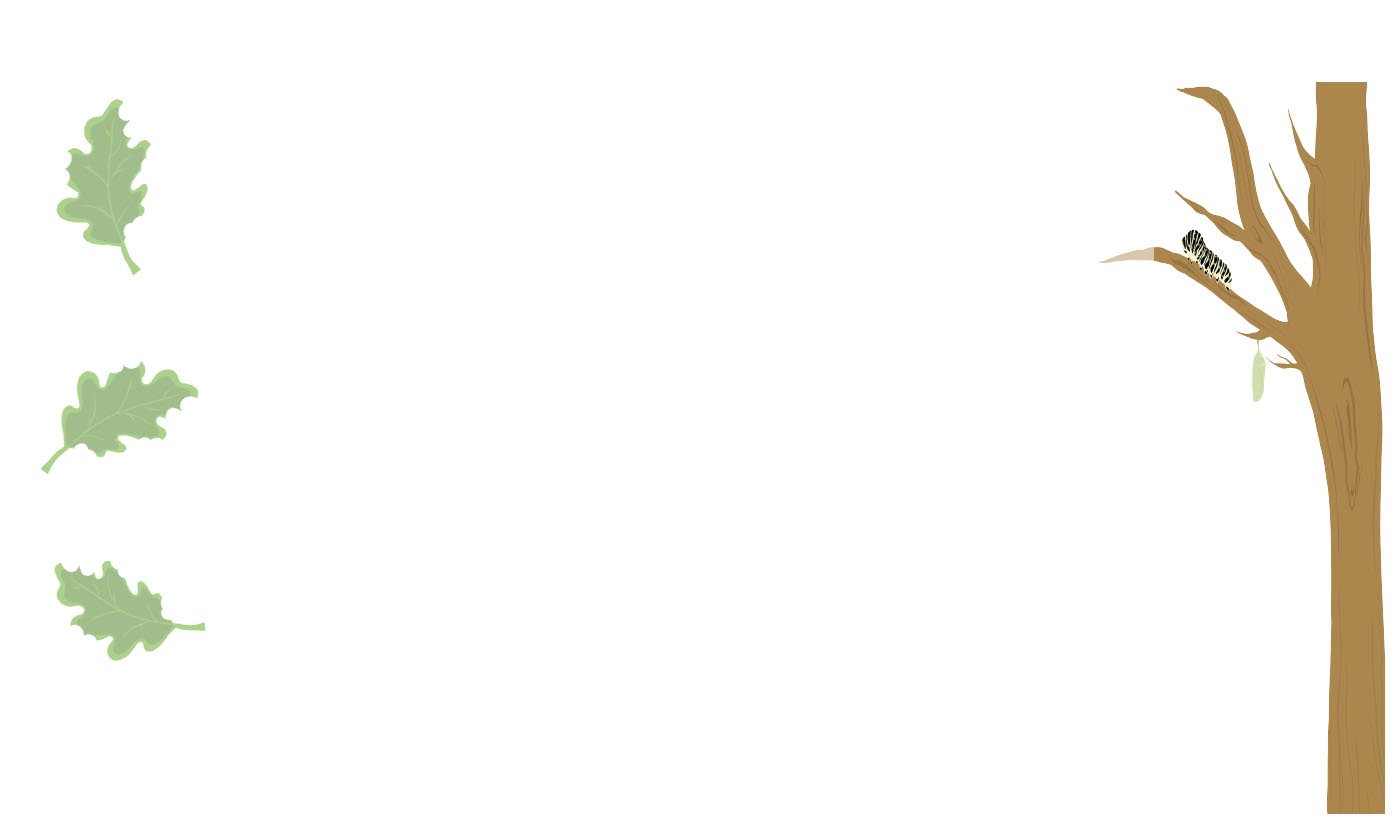 With spring approaching, sophomore Catherine Reller recalls the eerily familiar feeling of running face-first into the fuzzy little caterpillars that dangle from the oak trees on campus and around her home. Almost every year, Reller finds herself maniacally checking her hair, clothes and face to ensure that there are no colorful insects stuck to her.

Periodically prevalent in states lining the Pacific coast during the months of spring, the Western tussock moth caterpillar is habitually found suspended from oak trees, where it feeds off the tree’s leaves before enveloping itself in a cocoon to initiate the transformation into a moth. Once their numbers exceed the carrying capacity of their designated tree, the caterpillars make their way to the ground on silk threads, where they are frequently found by students.

According to the U.S. Department of Agriculture, these caterpillars remain in their larval state for up to two months before becoming moths. The caterpillars can grow up to two inches in length and are generally gray with multiple various colored spots across their bodies. They have two tufts of white hair on their front and back ends, along with another four white tufts lining their backs.

Full grown male moths can have a wingspan of up to two inches, while females of varying Tussock species are flightless and short winged to stay on the cocoons with their offspring. The females release pheromone, a chemical substance that affects the physiology of other insects around them, in order to attract males to them during mating season. As the females are flightless, they rely on this act to further produce offspring.

With a population that fluctuates from year to year, the life cycle of the Tussock population tends to vary depending on the year. During winter, the females lay eggs which hatch in late February. They remain caterpillars through spring while they overindulge on oak leaves. Most years, the caterpillars are present until halfway through summer. Once the larvae have matured, they weave light brown, hairy cocoons to house themselves during their metamorphosis into adult moths.

Biology and Environmental Science teacher Nicole Loomis said the caterpillars are able to inflict painful, itchy rashes by releasing a compound called histamine via the hairs along their bodies, which are more formally known as setae. Histamine is a compound that is regularly used in the body to fight off allergens by increasing blood flow to the affected area.

Direct contact with the histamine is likely the cause for the rashes they can give students. Allergic reactions can also be caused by inhalation of setae, which could lead to problematic respiratory complications.

Reller said she experiences allergic reactions from the caterpillars, in addition to an annual recurrence of an infestation in her backyard.

“They are super gross and hard to clean. I have to be really careful when getting rid of them because I get a rash whenever I touch them. We have a lot of oak trees near and above our house, so they come in large numbers. Sometimes they even come down from the trees and find their way inside the house. I see them every year all over Palo Alto and other cities in Silicon Valley, and I am so sick of them.”

According to Loomis, the caterpillars not only affect students, but the environment as well. In large numbers, the caterpillars defoliate trees, slowly killing the trees and leaving the leaves with a moth-eaten, tattered appearance. Most of the time, trees are able to withstand the stripping of their leaves; however, smaller trees are often too weak to survive the infestation and die.

According to a Stanford News article, the Stanford Grounds Services department initiated the release of predatory spined soldier bugs to decrease the caterpillar population size, following another large infestation the previous spring.

This predation has a selective effect on future populations, which means that it will decrease the reproductive success of future caterpillars, thus helping their numbers significantly decline with each year.

Possible solutions to minimize after-effects of the annual infestation include eradicating masses of immature larvae, eggs and cocoons manually and using water.

For smaller trees, removing branches that have become infested with caterpillars and cocoons is a way to prevent them spreading to the whole tree.

Custodian Serafin Barron said he spends up to two weeks cleaning the caterpillars in the summer and until the start of school.

“It is really hard to clean them. We find them everywhere, but they are usually on benches and hanging from the trees. We have to use a wire scraper because they stick to walls and the floor, but we never use chemicals. Because Paly has so many trees, it really is a hassle to clean them every year.”

According to Barron, because coming in direct contact with the caterpillars is likely to cause an allergic reaction, the removal of the Tussock population has become exceedingly difficult as their population size grows.

Because chemicals are not an ideal method for reducing the Tussock population, natural predation is one of the only safe solutions for an environment so immersed with people. With oak trees heavily occupying many schools in the district in addition to Stanford campus, the use of chemicals and other non-natural products is likely to cause more harm to both people and the environment These caterpillars not only cause issues for the janitorial staff, but also with students, who express dissatisfaction with the management of the Tussock population.

Reller said, “The caterpillars infest the trees and all over Palo Alto, and you can almost always see them eating away at oak leaves when they are not on or near students. They are just so gross and disgusting and hard to clean up. I feel like every season, their numbers just get larger and larger and I doubt it is doing good for the environment or us.”