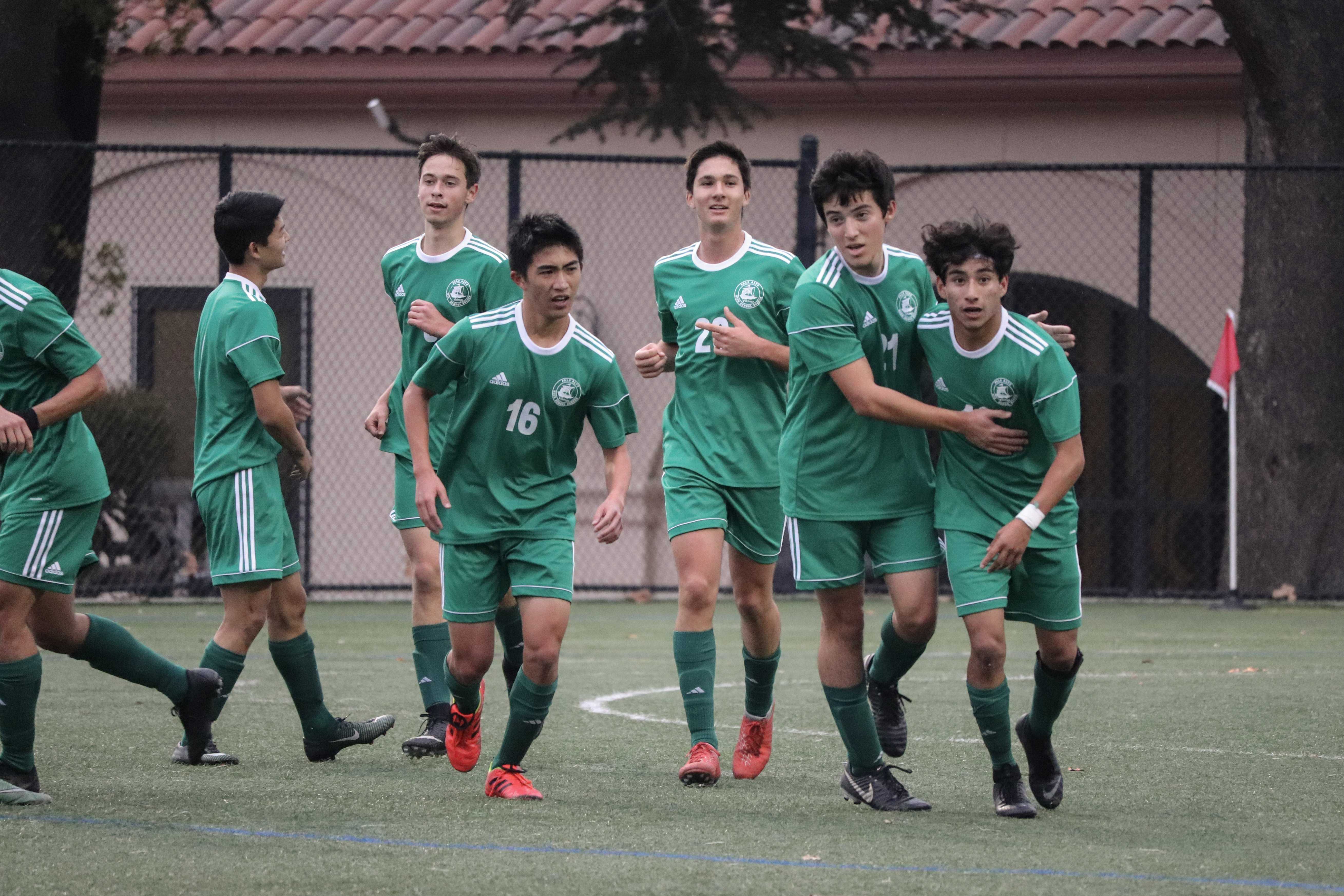 As the regular season winds to a close, the Paly boys soccer team looks to overcome a rough stretch of games to qualify for the Central Coast Section (CCS) playoffs. Though the team has faced many obstacles, the team’s resilience and teamwork has allowed it to make improvements this season.

In their most recent game against Mountain View High School, the varsity team tied 1-1. The team’s overall record now stands at 6-3-6.

“This season we’ve probably improved the most in passing,” senior and defender Nathan Seto said. “Usually in high school ball it’s a lot of long balls and kicking it, but this team passes really well and finds the open man.”

The ability to pass well rather than rely on individual play indicates the team’s sense of teamwork.

Unfortunately, some of the team’s best players have recently been out of its action. According to Seto, a big difficulty for the team has been both long and short term injuries throughout the year. Despite this, the team was victorious against one of its biggest rivals.

“Our best game this season has been a victory against Los Altos (High School), a team that has been very strong for the past few years. As it was our first game, it was good to see who would step up.”

Its successes in close wins can be attributed to the teams comraderie and how they work togethor.

“Our wins against Los Altos, Menlo Atherton and Sequoia High School were all games where we had to push together until the very last minute,” senior captain Kenzo Morabia said. “It is always nice to celebrate those hard-fought victories with the teammates whom you’re so close with.”

While the team’s close bonds have resulted in some success, in order to remain on the level of other competitive teams in the area, the players must constantly improve in various other aspects of their training.

“During regular season, we haven’t been able to produce the best results, but we continuously get back to training and work on whatever needs improvement,” Morabia said.

One improvement the team hopes to make is preventing injuries and finishing off chances during games in order to score.

“This season we’ve faced a lot of injuries and we haven’t finished our chances in game,” senior and striker Jason Shorin said. “We’re starting to get our injured players back so that will be a huge plus as we try to get into CCS. Looking forward, we need to stay healthy and finish chances.”

In general, the team’s games have been close calls, many of which have resulted in ties.

The team hopes that, by putting in even more hard work this season, these close games will soon start to turn out in its favor.

“In the regular season we have hit some more bumps as we have players in and out of injury as well as really close games that didn’t swing our way,” junior Marcus Ama said.

The ultimate goal for the team is to qualify for the CCS playoffs in which only the best teams in the region are able to compete for the championship.

“In general we’ve been able to keep playing at a high level as a result of players being able to step into starting positions for our injured players and keep the intensity high. It’s been great to see my teammates develop around me and I look forward to the bright future our team has when I become a senior.”

A majority of the varsity players are in their last year of high school, however these older players are confident that their younger teammates will step up and fill their spots well when they leave.

Morabia said, “Being a senior in the squad, I have seen a lot of underclassmen step up to fulfill that void in the team. They have all contributed to our successes and I believe they will do so in the future. Our hope is to make CCS as a team. I hope to see all the guys working endlessly to achieve that goal.”