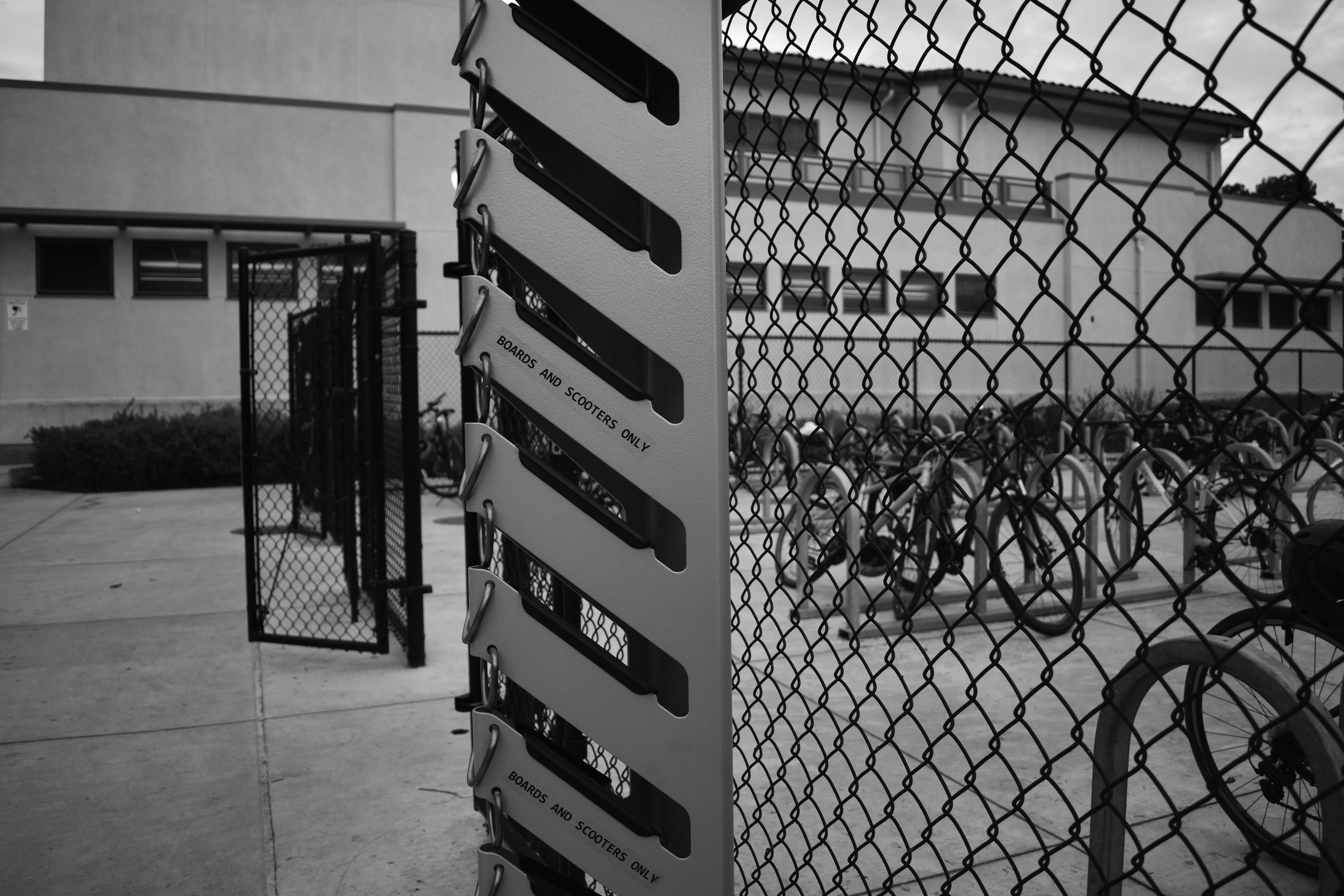 Paly senior Ashutosh Bhown first suggested campus skateboard racks to the school board in November 2018 during open forum at a board meeting.

“I was kind of sick of carrying my longboard around school all day when I longboarded to school,” Bhown said. “After that, I invested in a foldable board that I could store in a locker.”

According to Bhown, he wanted the racks for people who skateboard to school but do not have foldable boards and are forced to carry them around all day.

“I researched online and contacted a company that sold (skateboard racks),” Bhown said. “I contacted them and got specifications and a quote for two units of racks.”

Paly senior Cameron Miller disapproves of the new skateboard racks and believes they are a poor investment for the school.

“I skate to school everyday and I always carry my skateboard around school,” Miller said. “It used to be annoying but I have been carrying it everywhere for so long it has become part of me.”

Skateboard parts are expensive and easily stolen, according to Miller.

“Even the small percentage of students who skateboard to school probably won’t use the racks,” Miller said. “If skateboard parts are left out, people will take them.”

Bhown hopes that with time, students will use the racks.

According to Austin, he enjoys seeing students pursue their passions and was proud of Bhown.

Austin said, “(Bhown) was a tremendous advocate on behalf of his peers.”