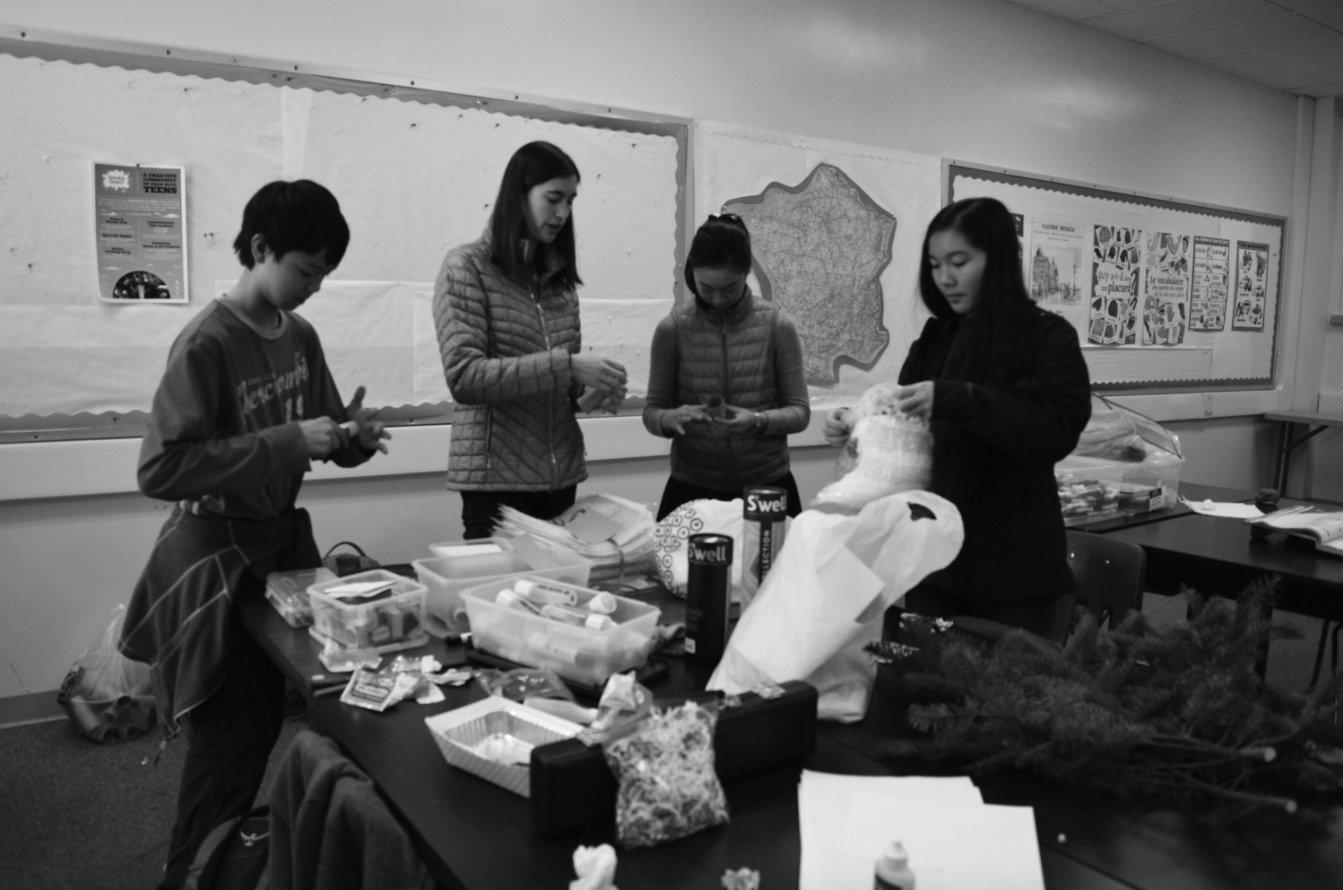 Reduce, reuse, and recycle. These three words have been ingrained in peoples heads since they were children in an effort to limit the amount of waste one puts into the environment. But to what extent do people follow these terms?

Recently, many environmentalists have taken it upon themselves to stray away from producing the average 4.3 pounds of garbage per day, reducing it to an 8-ounce Mason jar per year, according to National Geographic.

This is a relatively new phenomenon called Zero Waste.

“Zero Waste is a movement that seeks to reduce the amount of waste going to landfills to zero over time,” environmental science teacher Nicole Loomis said. “This means more composting, recycling, reusing and changing one’s lifestyle to buy products with less packaging, etc.”

Paly’s Zero Waste Initiative Club has taken up the responsibility of helping to reduce the school’s carbon footprint.

While Paly has made great progress in reducing the amount of littering there is on campus, there is still a lot more students can do.

Specifically, according to Leong, sorting our waste is an area Paly needs improvement in.

“We get a lot of trash from students and staff, especially with Town and Country across the road. A lot of people either don’t know how to separate out their garbage or don’t want to, and our main goal is to try to change those mindsets.”

Through organized events, hosting speakers and working with other Paly environmental clubs such as the  Tap Out Club and Paly’s Root Club, Zero Waste Initiative has started to make a big difference at Paly, according to Leong. Earth Week is one of their most popular events, with daily themes, events on the quad and a week-long raffle.

Along with this, the Zero Waste Initiative has taken action by installing a class set of trash, recycling and compost bins along with creating posters to help people sort their waste correctly and setting up a marker recycling system in staff offices.

Practices like these are some of the ways people living a Zero Waste lifestyle reduce a large portion of their everyday waste and find the most effective and efficient ways to minimize their carbon footprint.

However, adopting and maintaining these practices is often more difficult than expected.

“I believe most challenges for Zero Waste occur because, though more and more people are becoming aware of it, products that encourage the cause aren’t the most common and some are hard to get,” senior and co-president of Zero Waste Initiative Aileen Wu said. “Many around the world are trying to develop systems that will be available to the public and easy to use.”

Everyday objects such as grocery bags, food packages, food scraps and styrofoam are all items that will eventually be sent to landfills, which release harmful greenhouse gases into the atmosphere. People who live a Zero Waste lifestyle find ways to help combat this problem.

“People can help reduce the amount of waste they produce by simply bringing their own reusable cups or travel mugs to buys beverages, and not using a plastic straw when it isn’t needed,” Wu said. “For clothing, (people should) not throw away items that can be wore by someone else, (but rather) donate. Many houses in Palo Alto already compost, but I want to state it again – all food scraps go into the compost bin.”

According to Lauren Singer, who lives a Zero Waste lifestyle, transferring to produce zero waste was easier than she thought.

By composting and buying things in bulk, she was able to reduce around 80 percent of her waste.

According to Singer, simple things like bringing one’s own reusable containers to grocery stores and buying from local vendors reduces the amount of trash and plastic a person uses daily.

Replacing everyday objects with compostable or recyclable ones is yet another way people reduce waste.

Not only is producing less waste benefiting the environment, according to Loomis, it also benefits Palo Alto financially.

“In Palo Alto, our landfill has closed, so any landfill waste we produce has to be taken to another city’s landfill, (which) is expensive,” Loomis said.

While a Zero Waste lifestyle is not for everybody, it may be the norm in the future, according to environmental science teacher Alicia Szebert.

“The convenience and prevalence of single-use plastics makes it difficult to live completely waste-free, and the use of these items is so normalized in our society that alternatives are not yet as widely available,” Szebert said. “As material extraction becomes more expensive and our resources become more depleted, I believe that a zero waste system will no longer be an option but a required way of life.”