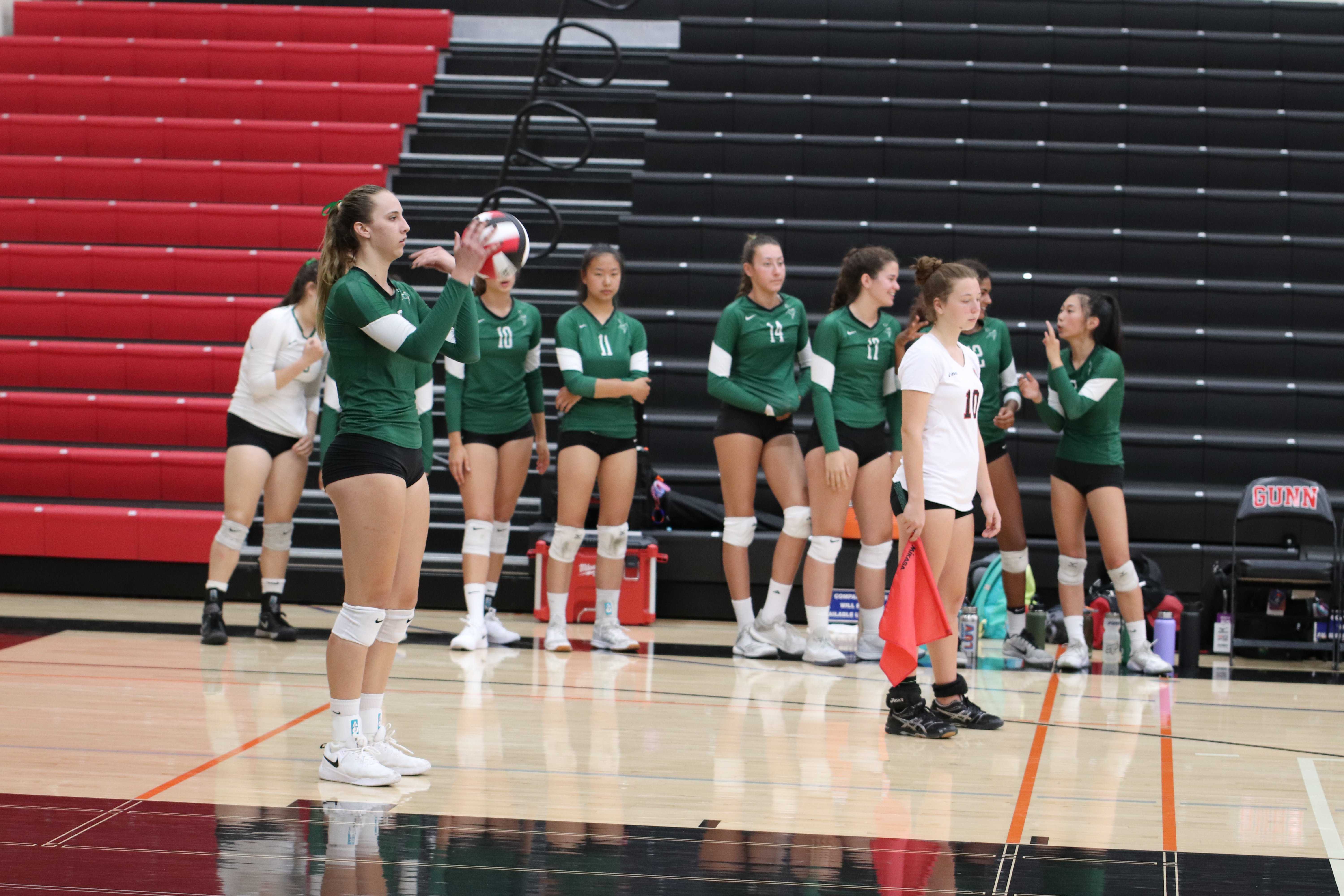 Freshmen: inevitably stereotyped as small, wimpy, pre-pubescent, naive, lacking in the height department, quite immature, overly enthusiastic and as junior varsity material. But not all of them are.

Nearly every year, a select number of freshmen defy these stereotypes by stepping onto the high school campus with a set of skills and vigor and landing themselves a position on a varsity sports team. Competing against players that have one, two or three years of high school level experience over them, they demonstrate to the coaches that they are worthy of the varsity spot, oftentimes in place of upperclassmen.

When senior Henry Saul first arrived at Paly, he was in the midst of transitioning from a different school district, so he already had many social adjustments to make outside of solely athletics.

“It was difficult, coming into an entirely new school as a freshman and knowing nobody. (The) cross country season starts right at the beginning of the year, too, so there was no adjustment period for me, or time to get settled into the new environment.”

Saul said that the team selection process for cross country is different than in most team sports — for example, basketball coaches’ roster choices are much more subjective. Each coach will hold differing opinions, looking for their preferred traits in a player, whether it be skill, technique, physicality or height, but this variability is not the case for running.

“I had to race my way into the varsity cross country spot with my times,” Saul said. “Being good enough, in terms of running, is not really like other sports. Once I had the right times, I was automatically on varsity.”

Whether Saul was deserving of the spot or not was not arguable — he simply raced faster than his competitors.

“I remember talking to one mom, who said, ‘my son is worried that you’re going to take his spot on varsity,’ or something along the lines of that,” Saul said. “But she understood that there was no sense of unfairness in the process, or any bad decision-making on the coaches part. The times speak for themselves  — they are clear evidence of how fast you are and they are not up for interpretation.”

Despite being able to prove how fast he was, the social transition onto the varsity team was difficult for Saul; even though he rightfully earned his varsity position, Saul said it still felt like a privilege to be on the team as the only freshman and there was an invisible barrier between him and the rest of the runners. According to Saul, the seven-person varsity cross country squad was extremely tight-knit and hesitant to welcome a newcomer, especially a freshman.

“The members of the varsity team were all good friends already; they knew each other really well from their time racing together in the previous years. Honestly, even after my entire freshman season was through, I felt like I had never really fit in.”

However, after some time had passed, Saul eventually gained their respect — it took one particular event for him to break through a barrier and gain acceptance on the team.

“In the beginning, the varsity runners used to not want to run with me at all,” Saul said. “I think that they still thought I was undeserving, or they didn’t think I was strong enough or fast enough. I remember having to do a lot of runs on my own, training alone, or with people who were not on the varsity squad. It wasn’t until that one day, when I beat one of their own members in a formal race, that they really saw me (as) worthy. Then, they finally let me train with them.”

Girls varsity soccer coach Ernesto Cruz, who pulled up two freshman onto his roster this year, believes that though athletes undeniably undergo physical growth over the course of the four high school years, a player’s potential cannot be determined by their age or grade.

“When I am looking at players during tryouts, I don’t see freshmen, I don’t see sophomores, I don’t see anyone for what grade they are (in),” Cruz said. “I just see a whole group of girls that are competing, and as the coach, I am going to treat them equally. They just have to prove to me that they can compete.”

Cruz holds the same philosophy throughout the season, treating each player equally and granting them the same opportunities on the team.

Saul has a naturally outgoing and sociable persona, but for the duration of his freshman season, he held himself back, tentative to say anything that would irritate the upperclassmen.

“The bottom line is that I was inexperienced,” Saul said. “I was always asking people questions that everyone on the team knew the answers to, and it was embarrassing at times. I was quiet, and often kept my comments to myself because I didn’t want to step out of line. I knew I was a freshman, I was always aware of that.”

Senior Ashlyn Callan brings herself three years back in time to her freshman season on the varsity girls volleyball team.

Though Callan participated in a thoroughly different sport than Saul, their experiences as the only freshmen on the teams have distinct similarities.

“I knew my place,” Callan said. “I never talked much in huddles or anything because I felt like I didn’t deserve a voice. I think part of that may have come from having an older sister at school, because my teammates were her friends and they saw me as her little sister, creating a barrier.”

On some sports teams, freshmen are delegated the “dirty work,” such as cleaning up sports equipment and setting up drills, but Callan said that she was never treated differently on the team, or forced to do these tasks.  However, her distance from the rest of the group was more apparent in the general feeling she had as a member of the team.

“There are so many traditions that exist on the volleyball team, just like any other team, and as a freshman coming in, you just don’t know about them,” Callan said. “You have to be explained everything and everyone has to tell you how everything works, so it feels like you’re inexperienced and just different.”

Though her experience pushed her outside of the realm of comfort, Callan sees the benefit in the age range competing within the varsity sports system.

“Yes, I was terrified,” Callan said. “But having people from every single grade on your team and on your competitors teams is part of what makes it fun and unique. You get to interact and play with people that are between one and three years older than you, which I didn’t do in club volleyball. During freshman year, there are no other experiences like that; you are stuck for the most part within your grade, and volleyball is what allowed me to step outside of that bubble.”