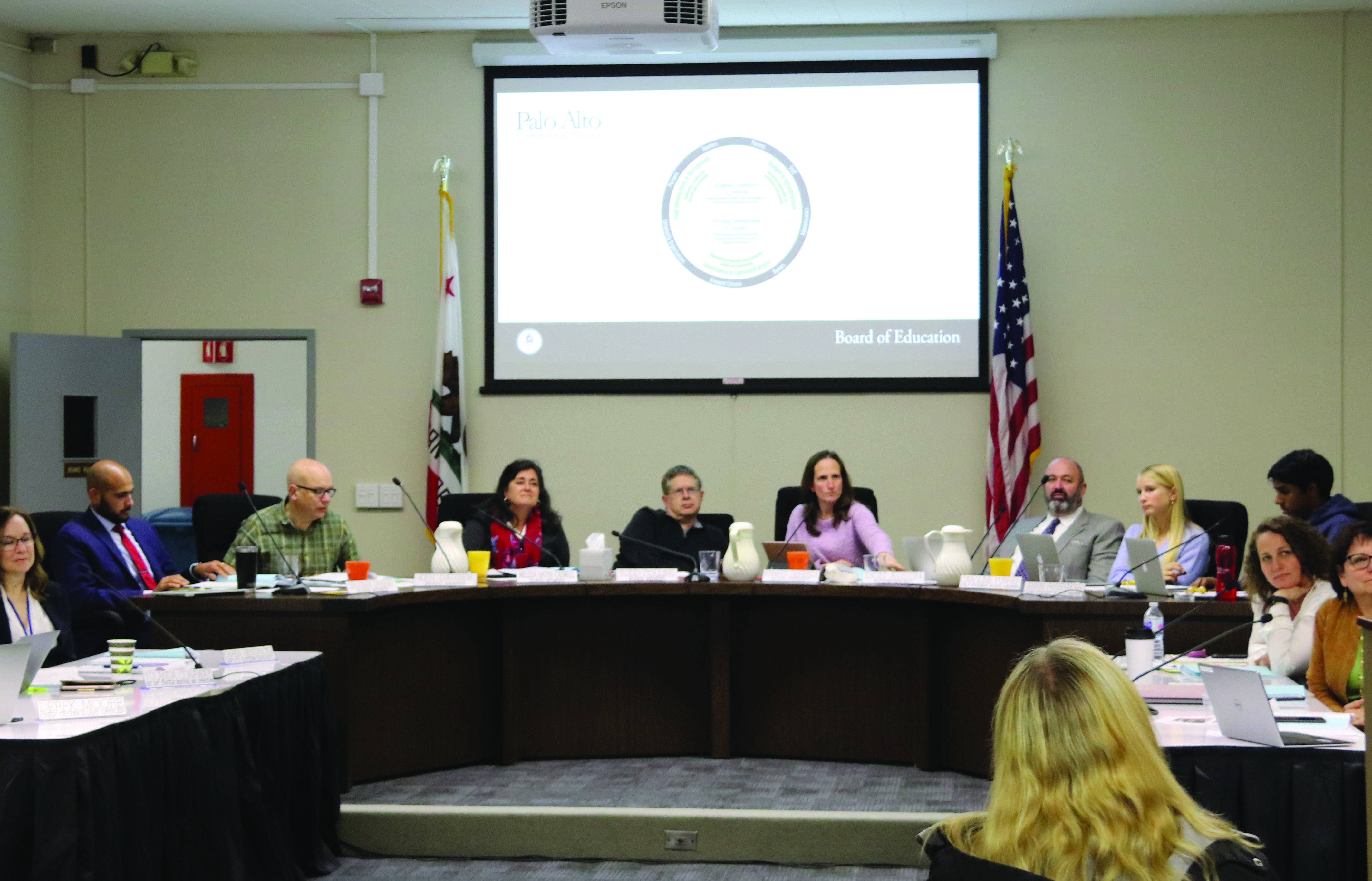 Board votes to make changes to Cubberley

Palo Alto Unified School Board confirmed three goals for the Cubberley plan presented by Concordia LLC at the Board meeting on Feb. 26. The plans include sufficient area to accommodate construction of a high school and staff housing if necessary, along with space to move the Palo Alto Unified School District (PAUSD) central office.

These plans were the result of three meetings held for the purpose of receiving community input. PAUSD Board President Ken Dauber said the purpose of discussing the plans at the Board meeting was not to proceed with any actions but rather to ensure the all desired options remain open.

“The current plans have been very reflective of what the community has spoken up about,” Paly Site Council Representative Ben Gordon said. “There is a very strong design at the moment that will support children, adults, the elderly of Palo Alto and the surrounding communities.”

Gordon, along with other Associated Student Body (ASB) members including senior Annie Tsui, is a student fellow, whose job is to communicate with community members. These meetings are hosted by Concordia.

While ASB does not have an official role in the development of the Cubberley plan, Concordia initially invited the student fellows to co-host a meeting during a class period. However, ASB was unable to host the meeting. Instead, they hosted an outside meeting that was available for students to provide input.

“Together, we have broad discussions, (and) Concordia moves forward with (the plans) based on public feedback.”

The project is moving along slowly, and there is no estimate as to when construction will begin.

“The District is taking their time with this project, and no school will be built for many years to come,” Gordon said.

The fourth and final meeting will take place on May 9, and a draft of the full plan will be presented shortly after, according to Tsui.

Tsui said, “The current plans for Concordia are very fast-moving, but they seem to be very innovative and definitely a community center to look forward to in the coming years.”